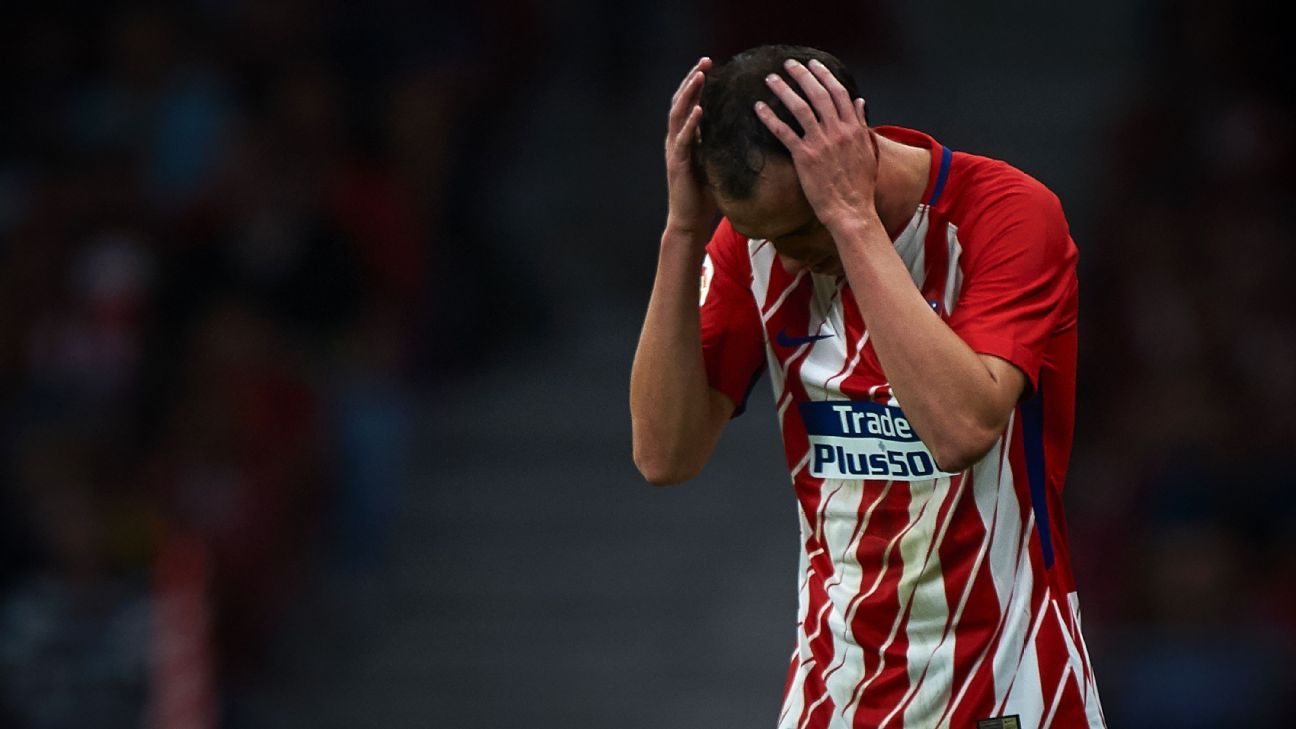 
Once again, a late defensive lapse cost Atletico Madrid all three points at home. This time Villarreal were the beneficiaries of some slack marking from a corner as the sides drew 1-1 at the Wanda Metropolitano on Saturday.

The stadium does not feel anything like home for Los Rojiblancos right now, and you have to say they are playing in a bit of a sulk. Fans are yet to fully embrace it, the atmosphere is different and the underperformers on the pitch are clutching the excuses with both hands. Nobody will fear coming here — a far cry from the Vicente Calderon.

In an insipid game, they appeared in cruise control after taking the lead through Angel Correa. However, Los Colchoneros switched off, and Carlos Bacca levelled late on with a free header. Atleti remain unbeaten in La Liga, but this felt like a loss.

Correa looked on form; shame nobody else helped him out.

The lack of form of almost everyone in their side aside, Atleti look incapable of seeing out a game as they used to do, and they have real problems defending crosses, with Luis Suarez ghosting into net a similar header against them in their last home game.

4 — Arguably one of the toughest periods since Diego Simeone took charge in 2011. Set up his team as if they were the away side when playing at home, which is never ideal.

Yet, having got the goal, then decided to take off arguably his most potent counterattacking player in Kevin Gameiro for Luciano Vietto. The same Vietto who has not scored in 2017. Do that at 3-0 and cruising, not 1-0.

GK Jan Oblak, 6 — A couple of saves you would expect him to make with the scores goalless and a fine full-length save from Rodri at 1-0. Could he have claimed the cross that Bacca scored from? Maybe, but that is not his game, and the defence should do better.

DF Juanfran, 7 — Looking much more menacing in both attack and defence. Delivery was improved, and he dealt with what he needed to at the back.

DF Stefan Savic, 7 — His best game in a long while. Produced one amazing recovery tackle as Cedric Bakambu appeared through on goal in the first period and physically bullied the forward throughout.

DF Diego Godin, 6 — Became the highest non-Spanish appearance holder for the club, but his dodgy form of late continues. It cannot be coincidental his lesser performances almost always come next to Savic. Denied by a good save at the other end, but was beaten far too easily by Bacca for the goal.

DF Filipe Luis, 7 — Robust in defence and dangerous going forward. Was involved in build-up to goal with a cross-field pass.

MF Angel Correa, 8 — Seemed up for it from the off, and was the only player in Atleti colours who looked like making anything happen. On the rough end of a couple of tackles but showed excellent technique and poise to open the scoring.

MF Thomas Partey, 4 — Is tireless, makes a lot of tackles and all action, but a real lack of quality on the ball in the middle of the park is starting to show.

MF Gabi, 5 — Lacks the speed he once had and is found out against younger, quicker opposition. Not helped by the fact he is often having to control an erratic pass from his partner, mind.

MF Saul Niguez, 4 — Looks lost. Missing too many easy chances, the latest of which saw him put the ball straight at the only defender on the line with the goal gaping. That would have made it 1-0 in the first half. It is all well and good bagging screamers, but right now his side needs him to net these.

FW Antoine Griezmann, 5 — Frustrating. The defensive, tireless work ethic cannot be doubted, but in attack he is another who appears lost and isolated. Will get an assist for Correa’s goal, but that was all down to the Argentine’s skill in controlling a looped ball. Forced too many passes that were not there and hit a free kick over late on to sum up his day.

FW Kevin Gameiro, 5 — Spurned a one-on-one after the break he really should have scored. Unlucky to be subbed as game was opening up for him, especially when you consider who replaced him.

FW Luciano Vietto, NR — Apparently he was on the pitch for 17 minutes.