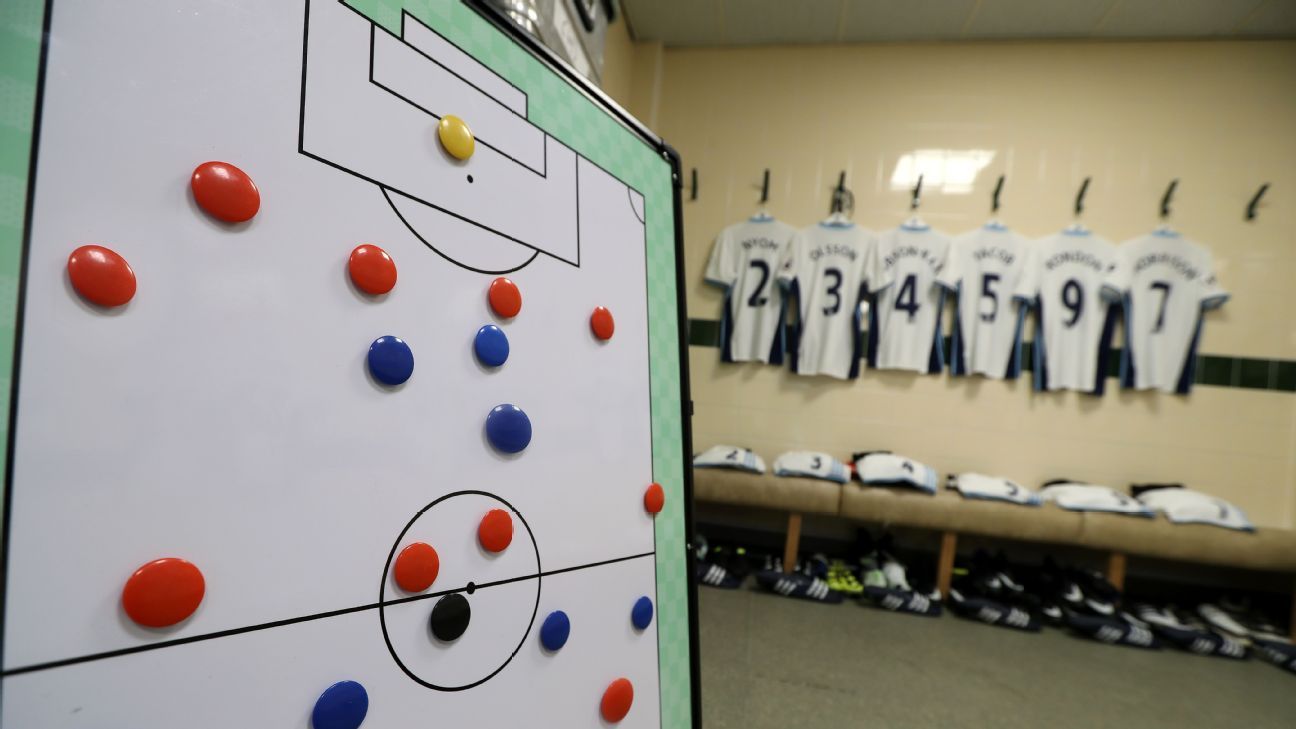 
Having retired at the end of last season, Thiago Motta is currently employed as coach of the Paris Saint-Germain under-19 side, where he is charged with nurturing the club’s stars of tomorrow.

In an interview with Gazzetta dello Sport this week, the former Italy international was quizzed about his transition into management, and on the kind of tactical philosophy he has adopted as a coach.

Perhaps unsurprisingly as a former defensive midfielder, he admits he favours a “compact team” with a good handle on the basics, but he also proved that he’s not adverse to pushing the envelope a little bit when it comes to formations.

Eagle-eyed readers may notice that all 11 players are included in Motta’s midfield-heavy formation of the future.

“I include the goalkeeper in the seven in the middle,” the 36-year-old explained.

A rigid seven-man unit in the middle, including the goalkeeper? Sounds like Motta is a man after former boss Jose Mourinho’s staunchly defensive heart.

Assuming Motta’s intriguing 2-7-2 approach does reach the mainstream, here’s the XI we’d want to fill it.

DF: Giorgio Chiellini — According to Mourinho, the Juve stalwart “could go to Harvard University and give classes on how to be a central defender.”

DF: Sergio Ramos — Real Madrid’s undisputed master of the dark arts would find a way to thrive despite the numerical disadvantage.

MF: Sergio Busquets — If you need a dirty job doing in the middle third, then Sergio is your man.

MF: Fernandinho — Many thought his days at Manchester City were numbered when Pep Guardiola arrived, but he’s now one of the world’s best in his position.

MF/GK: Manuel Neuer — The man who practically invented the modern sweeper-keeper would have little problem taking on the “Makelele role.”

MF: Marouane Fellaini — All elbows and angles and an utter nightmare to play against, even with his trademark afro now on the barber’s floor.

MF: Felipe Melo — The archetypal midfielder scrapper picked up 17 yellow cards and one red in 34 appearances for Palmeiras last season.

MF: Luka Modric — This team is in need of some silk to go with the steel, and 2018’s The Best FIFA Men’s Player has both in spades.

MF: Christian Eriksen — Like Modric, the Tottenham man is deceptively tough, and is a fixture at the top of the charts for ground covered in a game.

FW: Luis Suarez — The Barcelona man would run himself into the ground for the right cause, such as keeping the ball while his goalkeeper is in midfield.

FW: Diego Costa — A little out of form but always up for a fight. Often makes opposition defenders feel like they’re playing against two strikers.

It’s the stuff of dreams. They might not win many matches, but the mere thought of playing against them would be enough to send shivers down the spine of most mortals.

Motta was also asked what pointers he’d taken from playing under Mourinho as part of Inter Milan’s Champions League-winning side of 2009-10.

“He is a winner, in that in his head all that matters is winning,” he said. “He doesn’t care about the spectacle.

“Mourinho has two faces: One is the happy one when he wins, the other is the angry one when he loses. His mood changes depending on results.

“If you’ve played well but lost, he can’t find anything positive. If you win while playing really badly, he’s delighted.

“Mourinho plays games in the two areas: in his area, you have to die in ensuring your opponents don’t score, and in the opponents’, you’ve got to land the blow.

“The midfield is just a bothersome area between two fields of battle. He’s not one for tiki-taka. Mou is not looking for beauty, he’s looking for the enemy and if he doesn’t have one, he creates it. “

Real Madrid battling Liverpool in Champions League, but also physical, emotional fatigue after Clasico win
Chelsea closing gap on ‘benchmark’ Manchester City
David Beckham’s Inter Miami could be a great team. But it has to win first
Mount’s rise at Chelsea is no fluke as Tuchel sees what Lampard did with midfielder
Transfer Talk – Werner’s Chelsea position far from secure ahead of summer window