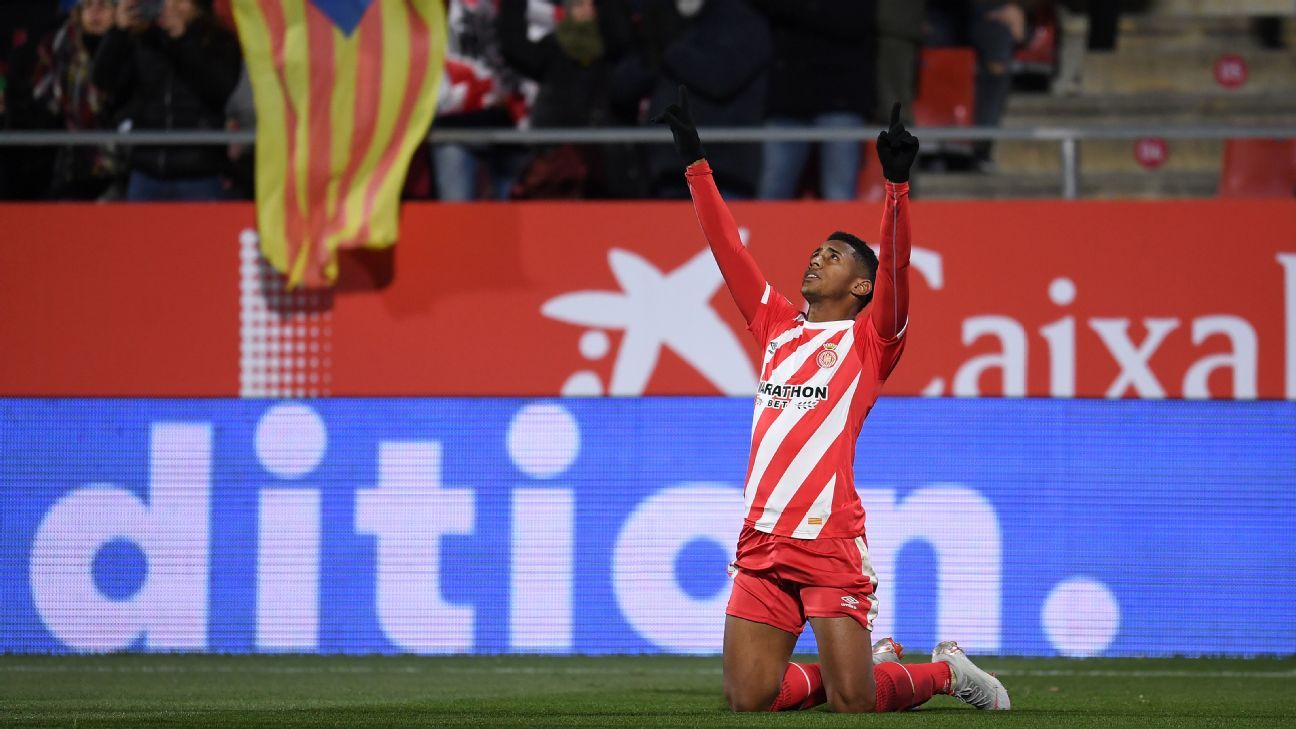 
Atletico Madrid earned a 1-1 draw away to Girona in a chaotic and entertaining Copa del Rey last 16 first-leg match on Wednesday, leaving the tie finely balanced.

France striker Antoine Griezmann scored for the fourth game running to give Atletico the lead in the ninth minute, hammering a shot against the crossbar which bounced off goalkeeper Gorka Iraizoz and crept into the net.

Atletico fielded an almost full-strength side at a windy Montilivi stadium while Girona opted to start without a number of first-team regulars, but the Catalans pulled themselves level in the 34th minute when a tame shot from Anthony Lozano went through the hands of visiting goalkeeper Antonio Adan.

Diego Simeone’s side showed more determination to win the game after the interval and Angel Correa, Nikola Kalinic and Vitolo each had chances to restore their lead but failed to find the target, ahead of next Wednesday’s second leg at their Wanda Metropolitano stadium.

Ronald Koeman’s Barcelona future in doubt, club ponder alternatives
Barcelona’s decline is no surprise. As Pique says, ‘it is what it is’
Real Madrid’s Marco Asensio gets 9/10 for hat trick in thrashing of Mallorca
Liverpool, Chelsea keeping tabs on Bayern’s Kingsley Coman
Carlo Ancelotti ‘surprised’ by Eduardo Camavinga impact at Real Madrid