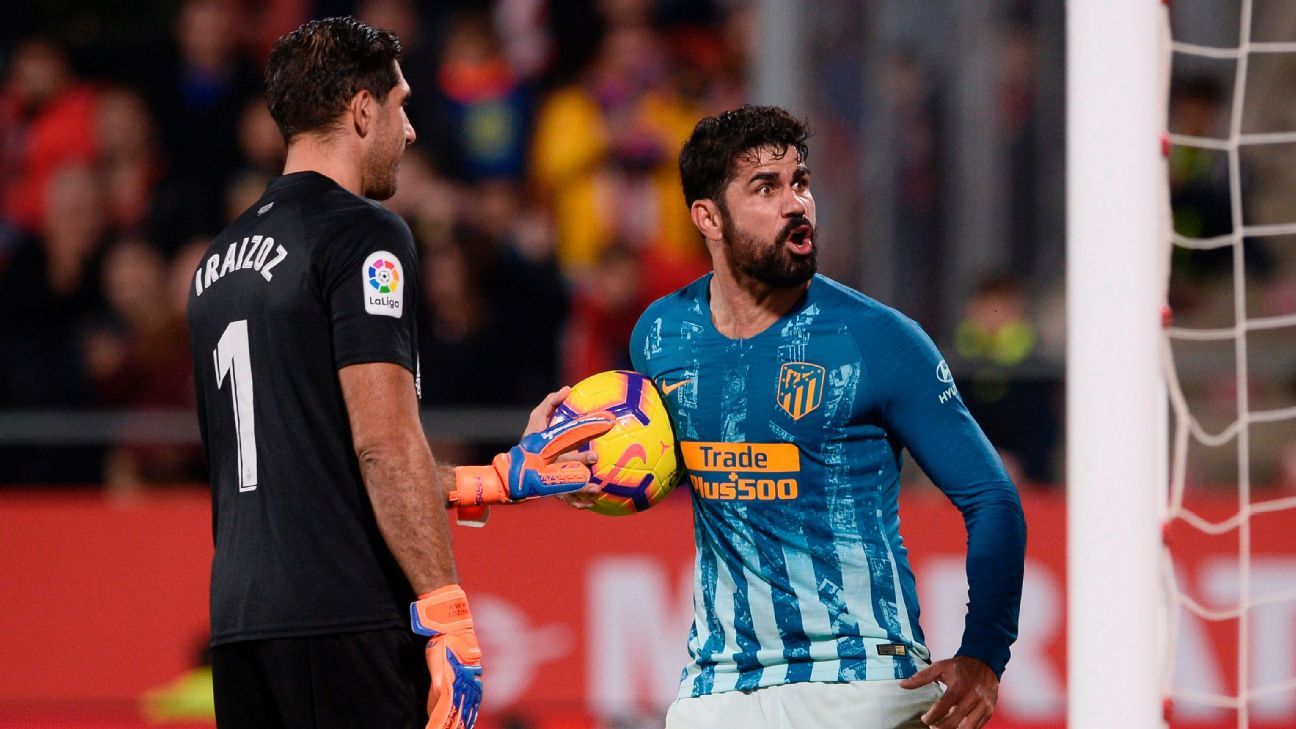 
Atletico Madrid’s La Liga title ambitions suffered a setback on Sunday as they drew 1-1 away at Girona, only averting a first league defeat since September thanks to a late own goal by Jonas Ramalho.

Atletico’s Saul Niguez struck the underside of the bar as the visitors enjoyed the better first-half chances but they fell behind on the stroke of halftime when top scorer Cristhian Stuani converted a penalty.

The spot kick was awarded with the help of the video assistant referee after Stuani himself had been tripped by goalkeeper Jan Oblak.

Girona’s substitute keeper Gorka Iraizoz made a stunning save to thwart Saul in the second half but Diego Simeone’s side levelled in the 83rd minute.

Diego Costa burst forward to control a long ball and Ramalho’s attempt to clear saw him instead divert it into his own net.

The draw left Atletico third in the standings on 25 points, and Koke told BeIn Sports that dropped points were starting to take a toll on Atleti after last weekend’s draw against title rivals Barcelona.

“We need to keep picking up three points, a draw is not enough for us, after another at home to Barca last week,” the former rojiblanco youth teamer said. “We have to keep working, and do better in front of goal.”

Atletico could have gone ahead of Sevilla and Barca to top the Primera Division table for a few hours at least had they won, but Simeone’s side have just one victory in seven away games so far in 2018-19.

“The team played very well today,” Koke said. “We gave up the ball at the end of the first half and they took advantage. But there is nothing to reproach the team for. We had bad luck in front of goal. We put in a lot of work, were not able to turn the result around, but are on the right path of hard work and the goals will come.”