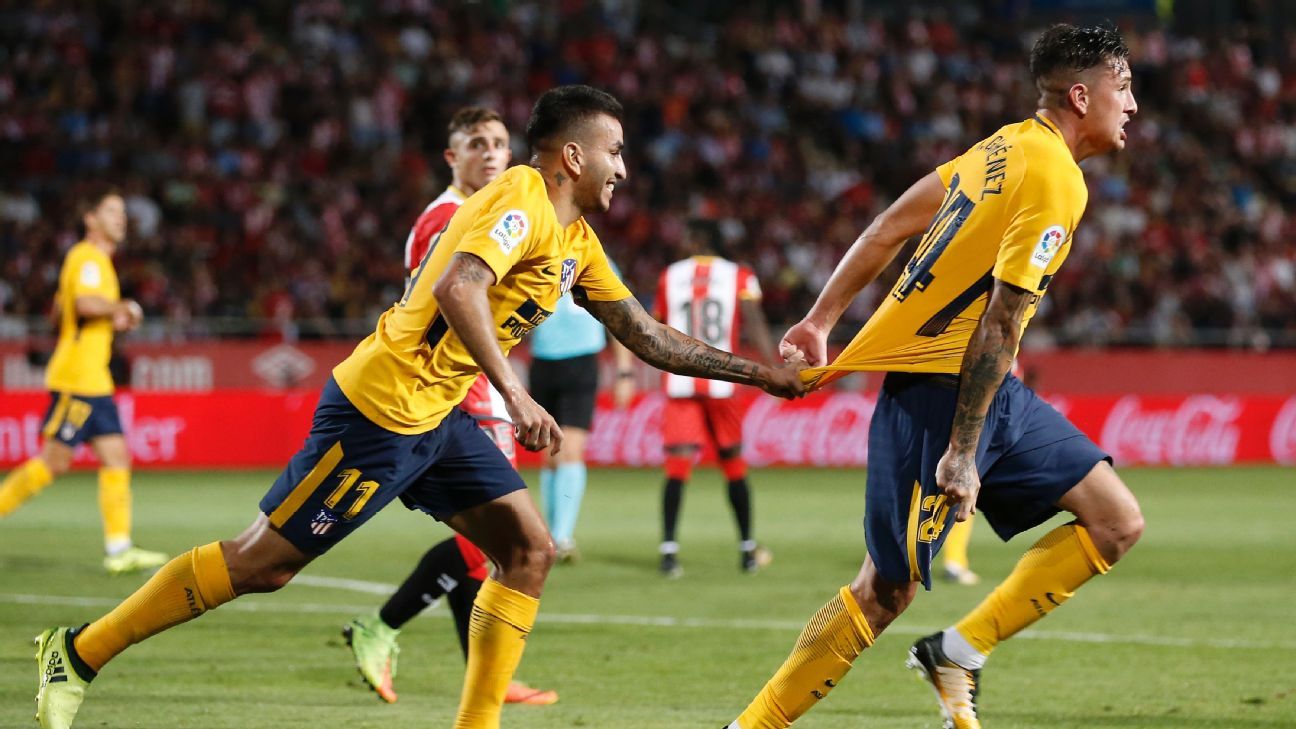 Antoine Griezmann was sent off as Atletico Madrid battled back to secure a dramatic 2-2 draw at La Liga newcomers Girona in their opening match of the new season.

The Catalans were making their debut in Spain’s top flight.

Following a minute’s silence at Estadi Municipal de Montilivi in respect of the victims of the terror attacks in Barcelona and the nearby seaside town of Cambrils, Girona raced into a two-goal lead.

Uruguay forward Cristhian Stuani headed in a cross at the far post on 22 minutes and was on target again just three minutes later when he nodded the ball in after it had been knocked back through the six-yard box following a deep free kick.

Atletico, who are said to be closing in on a deal to bring wantaway Chelsea forward Diego Costa back to the club, then found themselves down to 10 men.

In the 66th minute, Griezmann was cautioned for what the referee viewed as a dive over Girona goalkeeper Gorka Iraizoz just inside the penalty box.

The French forward, who failed to find the net in pre-season following a barren run in Atletico’s final five LaLiga games, then appeared to say something to the official.

Referee Juan Martinez Munuera swiftly showed Griezmann another yellow card followed by a red to leave Diego Simeone’s men with it all to do.

However, Atleti responded when Angel Correa pulled a goal back with a fine individual strike in the 78th minute before, with just six minutes left, Jose Gimenez headed in an equaliser from Koke’s free kick.