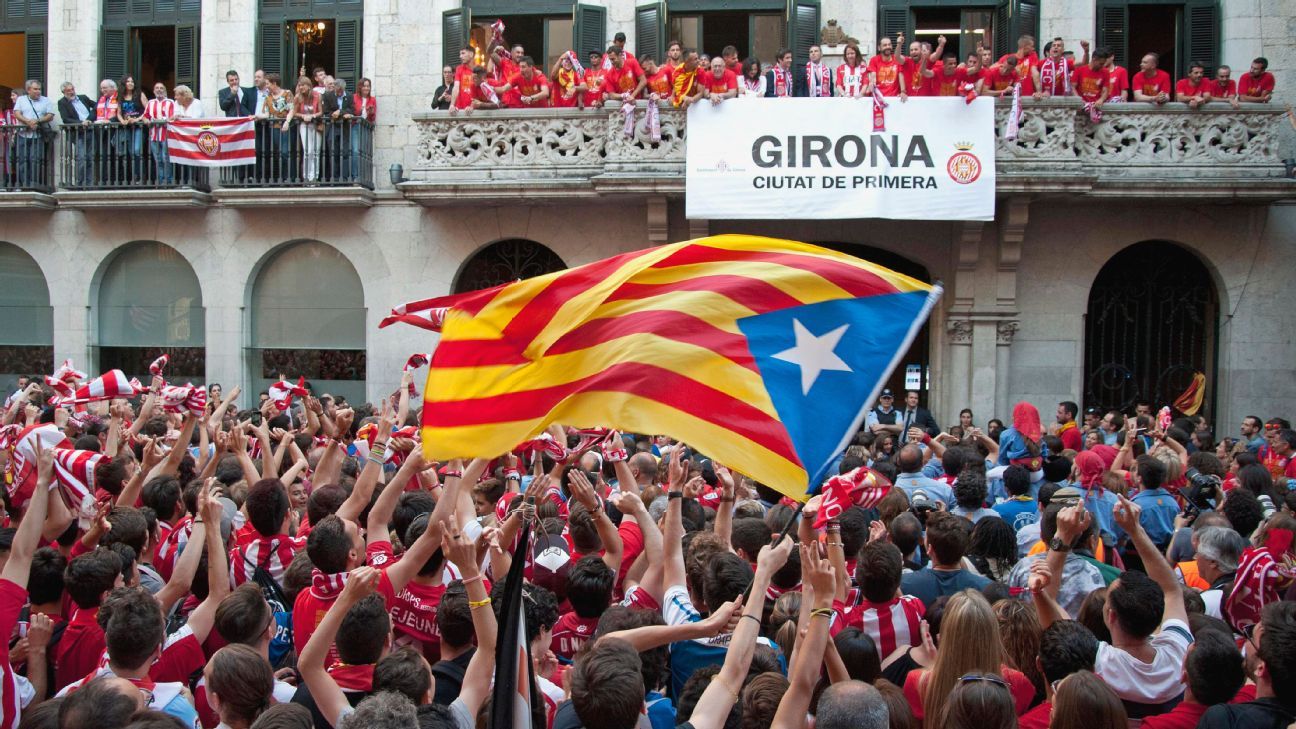 
Girona FC president Delfi Geli says his team’s home game against Real Madrid on Sunday will go ahead as scheduled despite reports that the match could be suspended due to political unrest in Catalonia.

Local media has reported that police are considering postponing the encounter in Girona, a city based in Catalonia, for security reasons if the Catalan regional parliament votes in favour of declaring unilateral independence from Spain in Friday’s parliamentary session.

“We are not aware of any news regarding this,” Geli told Cadena Cope. “We are working so that the game at 4:15 p.m. on Sunday is a good one and that people can enjoy themselves.”

Girona gained promotion to La Liga for the first time in the club’s 87-year history after finishing second in the Segunda Division in the 2016-17 campaign.

Geli says his team is excited to face the reigning Spanish and European champions on Sunday.

“It’s a historical game for us as it’s the first time we will host Real Madrid in the league,” he said. “Just as it was a month ago when we hosted FC Barcelona and likewise when we had Atletico Madrid here for our season opener.

“Our only thoughts on Sunday are for our recently promoted team to try to put Real Madrid on the ropes, just as we did against Barca and Atletico.

“We have limitations being a promoted side and we are playing against one of the best teams in Spain and the defending league champions, whom we respect. We all want to enjoy a great football day. Our coach[Pablo Machin] has said he wants for Sunday’s game to be a football celebration and that is the way we see it.

“It’s going to be about sports and football, that’s all we are working towards.”

Geli says that security will not be increased on Sunday and that Real Madrid have not made any special requests.

“The security measures will be the same as when Barca came here,” the Girona chief said. “We are working in the same manner as we usually do in a week when we approach a home game.

“We haven’t spoken to Real Madrid, we are just waiting for their visit and responding to their petitions as we do with other clubs.

“We expect Real president Florentino Perez and other Real executives to attend the game. We are convinced that nothing will happen on Sunday. Real Madrid are welcome here and will be respected.”

Catalan Football Federation president Andreu Subies also confirmed that no changes were being considered on Sunday.

He told Cadena Ser radio: “For the time being there is no change nor any news that the game will be cancelled. There’s no problem.”

Subies admits the current situation in Catalonia is “worrying” but that sports has to stay away from politics.

He told Onda Cero radio: “Those who are in charge are politicians but those like us that are in a different place, we will try to bring as much normalcy as we can and that includes in football.”

Asked what would happen to Catalan teams playing in Spain’s divisions if a declaration of unilateral independence is called, Subies said: “I think the football world would remain the same. I don’t think things would change. The competitions would have to be completed as you have to guarantee them as there are commitments in place.”