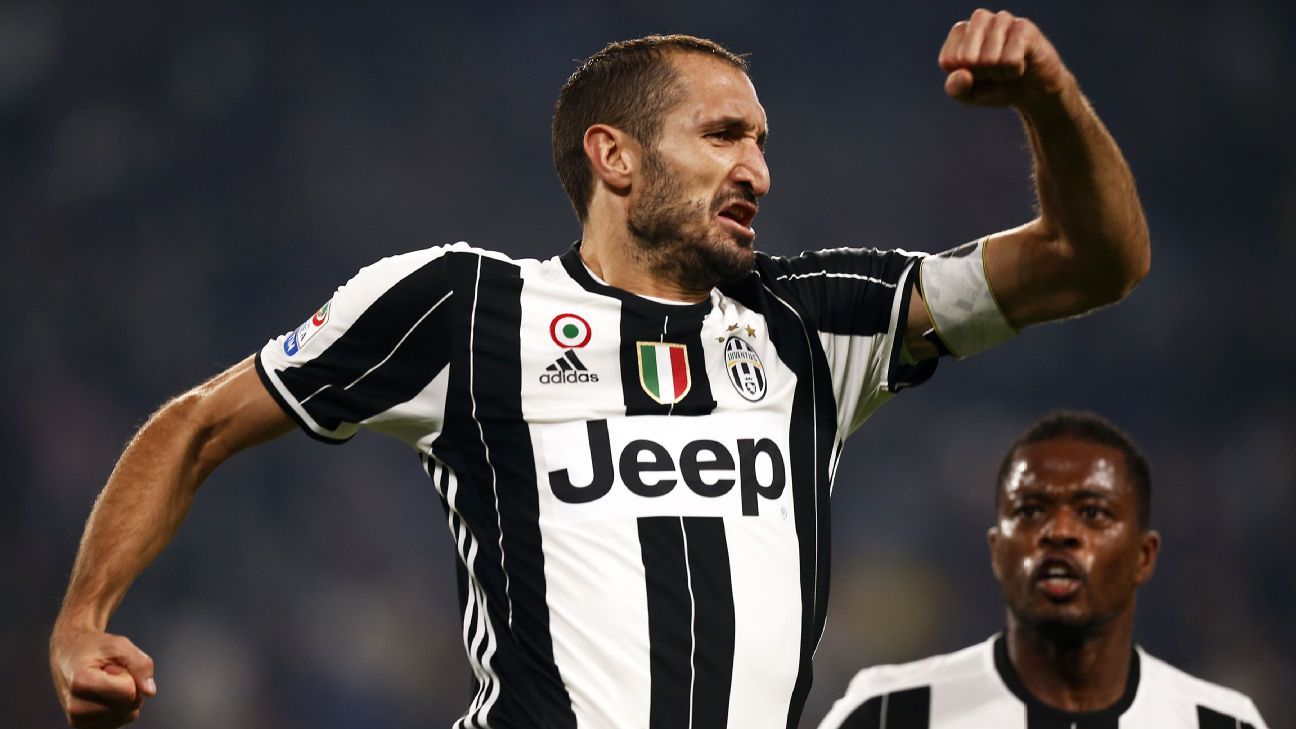 
Serie A champions Juventus will be even better than last season as they prepare to defend the title again, Giorgio Chiellini has said.

Juve have won the crown for the past six seasons and are tipped by many to make it seven in a row.

Although they have lost Leonardo Bonucci to AC Milan and Dani Alves to Paris Saint-Germain while many rivals have strengthened, Chiellini said he felt they would be harder to beat than ever.

“This year’s going to be even harder, but we want to carry on doing the impossible,” he told reporters following the friendly defeat to Tottenham Hotspur at Wembley on Sunday.

“I believe that Juventus are getting better and that this team is even better than it was last year.”

He said Juve would “need to find new balances and understandings,” adding: “Without Bonucci, we lose something in our buildup play and we’ll have less technique and direct balls from the back, so we’re going to have to move differently.

“[Miralem] Pjanic, for example, is going to have to come deeper to get the moves started and come closer to us defenders to get the ball.

“On the other hand, we now have even better man-markers. The important thing is that we start to win straight away.

“What matters is being ready in March, improving while not dropping points along the way, as we did last season.”

Juve face Lazio in the Supercoppa next weeknd, with the first silverware of the season up for grabs.

“That final and the way we lost it has given us even more motivation,” he said.

“We didn’t even manage to put a goal past the Bianconeri in the league or the cup last season, so let’s hope now’s the time.”