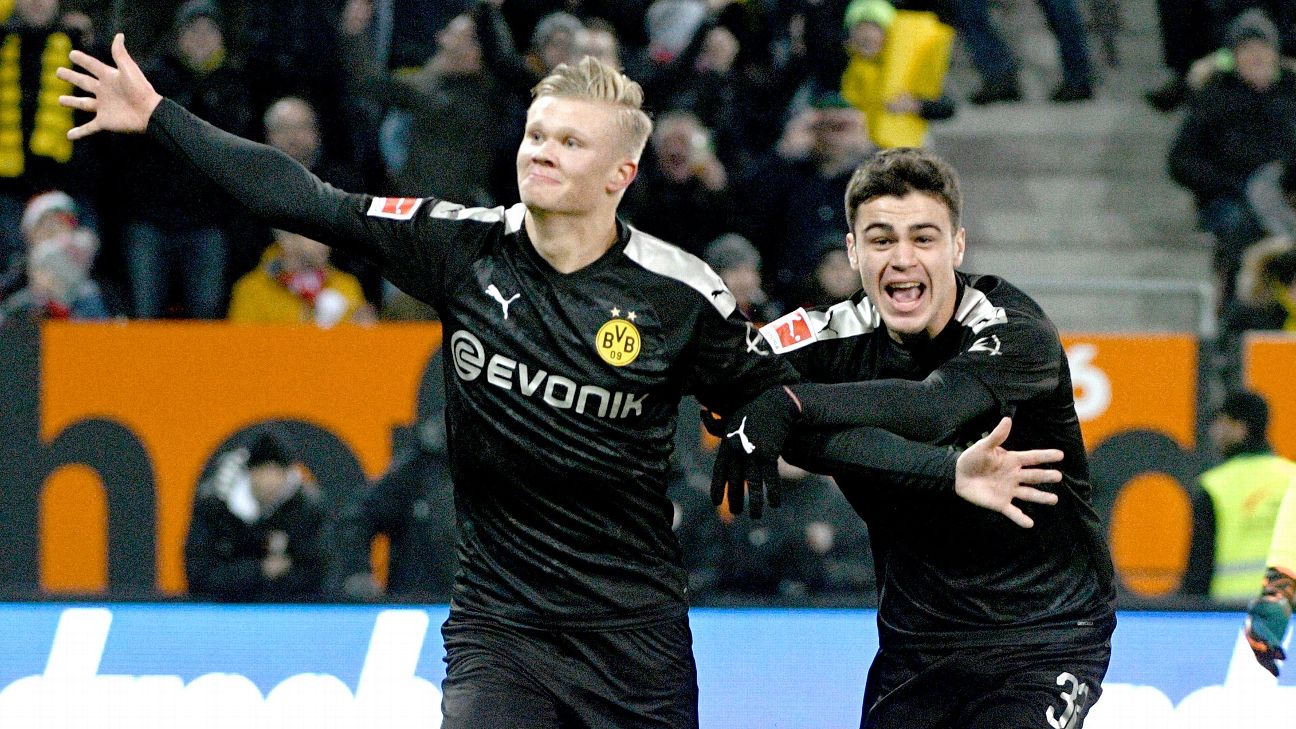 Borussia Dortmund have been something of a factory in taking precocious talents and developing them into absolute world beaters.

So it should come as no surprise that hopes are already sky high over the latest jewel in their crown: 17-year-old Giovanni Reyna.

Having only joined Dortmund last summer, it took Reyna just six months to make his Bundesliga debut when he came on as a substitute for Thorgan Hazard in a 5-3 win over Augsburg in January.

He went on to make 11 appearances in all competition before the season abruptly came to a halt due to the coronavirus pandemic.

While stalwarts such as Marco Reus and Mats Hummels continue to play key roles at Signal Iduna Park, Reyna is shaping up to be part of a new wave — alongside fellow teenage sensations Jadon Sancho and Erling Haaland — that may lead the German giants into the future.

“Not only on the field, but off the field we get along really well,” Reyna said of his relationship with Sancho and Haaland during an episode of The John Dykes Show last month on Fox Sports. “Obviously sometimes we act like young kids so we do have a good time together.

“But, on the field, in a lot of the games I’ve come on as a sub and, at the end of the game we’ve had 17 and 19 [year-olds] on the field, which is pretty incredible for the three of us and the club. They’re both really unselfish and make the right plays, so it’s really fun to play with both of them.”

After his league debut, Reyna’s first professional goal came during a DFB-Pokal tie against Werder Bremen. Reyna danced past three opponents on the edge of the area before bending a sublime effort into the far corner. He had also set up a goal for Haaland in a memorable 2-1 UEFA Champions League win over Paris Saint-Germain, even though Dortmund ultimately lost that Round of 16 tie on aggregate.

Reyna has already made history during his short time in the league — including being the youngest American to play in both the Bundesliga and Champions League as well as the youngest scorer in DFB-Pokal history.

“I was aware of it after my debut but, before the game, it wasn’t really my goal,” Reyna said. “It’s a cool record to have but now that one’s behind me and I need to achieve more goals and look to the future.

When was asked who he think he plays most like, Reyna replied that this was not something for him to decide.

He admitted that comparisons with Brazil legend Kaka and current Manchester City star Kevin De Bruyne was “incredible” and he hoped we would one day perform at their levels.

Even though there are variations in their styles of play, the obvious comparison to Reyna has been Christian Pulisic, another bright American talent who came to prominence with Dortmund before transferring to Chelsea.

Reyna admits watching the exposure that Pulisic received with BVB was a big factor in him deciding to pursue a similar career path when the time came to leave New York City FC.

“Once I got the interest from Dortmund, it was really an opportunity I couldn’t turn down because they’re such a big club, they play in the highest competitions and they have a really good pipeline of giving young players a chance. I knew it was going to be the perfect place for me to develop and take the next step in my career. …

“Now I know what it takes to win these games and the experience I’ve gotten is so important for me now.”