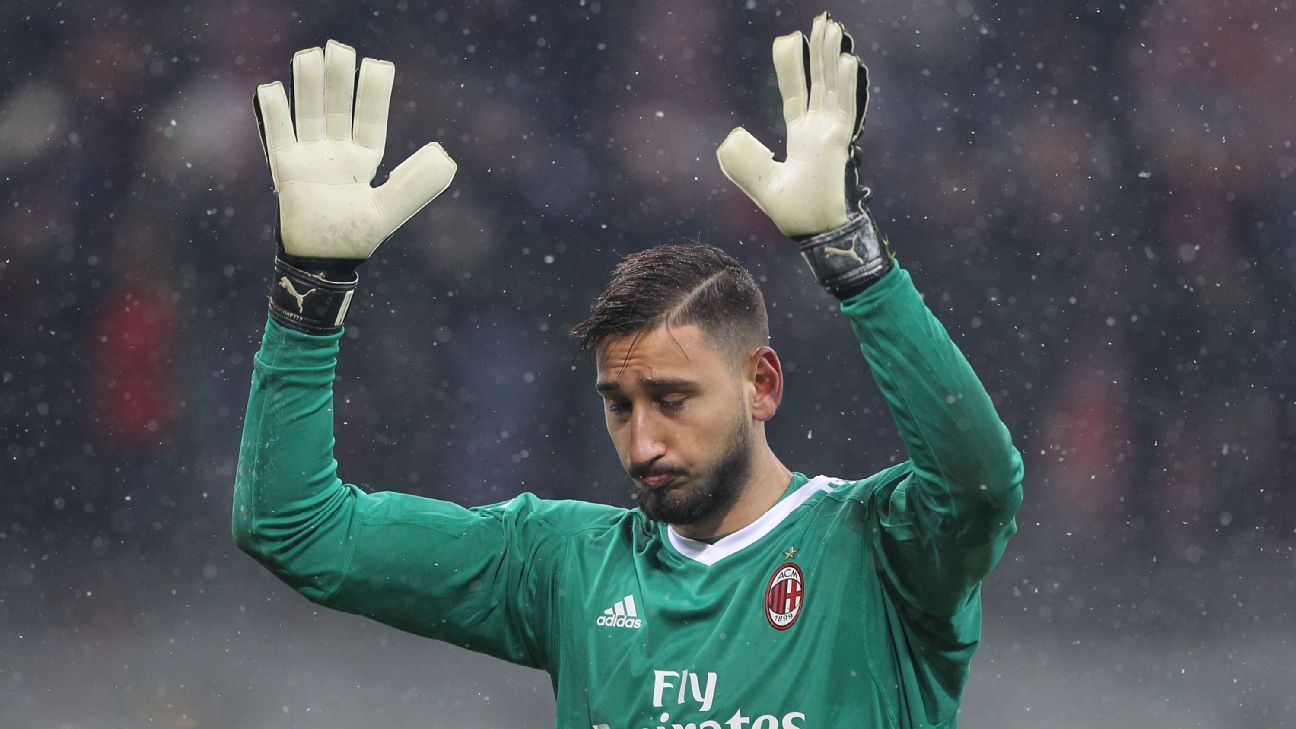 
Super-agent Mino Raiola says Gianluigi Donnarumma should be looking to leave AC Milan in the summer, while he’s also working on bringing Mario Balotelli back to Serie A or the Premier League.

The Italian goalkeeper , who turned 19 at the weekend, initially turned down Milan’s offer of a new contract only to have a change of heart last July and pen a new deal until 2021.

But his agent Raiola does not feel that was the right choice and told Italy’s RAI Sport that he would now advise Donnarumma to look elsewhere, saying that he would not be short of options.

“Gigio made a choice, of staying at Milan, and I respect it,” Raiola said. “However, if he were to ask me to leave, I would get straight to work because there are big offers for him. In fact, if it were up to me, Gigio would leave Milan.”

Raiola also represents the interests of Nice forward Balotelli, who is out of contract in the summer and, according to his agent, a “bargain” for anybody looking to strengthen their attack.

The 27-year-old had successful spells at Inter Milan and AC Milan and Raiola believes he can deliver the goods once again in Serie A after proving he is back to his best in Ligue 1, while he says clubs from the Premier League are also taking a look at the reformed Italian.

“Mario is ready to return,” Raiola said. “He’s matured and he’s one of the top ten forwards in the world, and he’s the No. 1 in Italy. He’s worth €100 million, but he’s available on a free, so he’s a bargain.

“I’m already negotiating with many clubs in England and Italy. I’ve spoken with Juve, Roma, Napoli and Inter, but not Milan since they have [sporting director Massimiliano] Mirabelli and I’m not on his same level.”

Balotelli has scored 13 goals in 19 Ligue 1 outings this season, after finding the back of the net 15 times in 23 games last term.