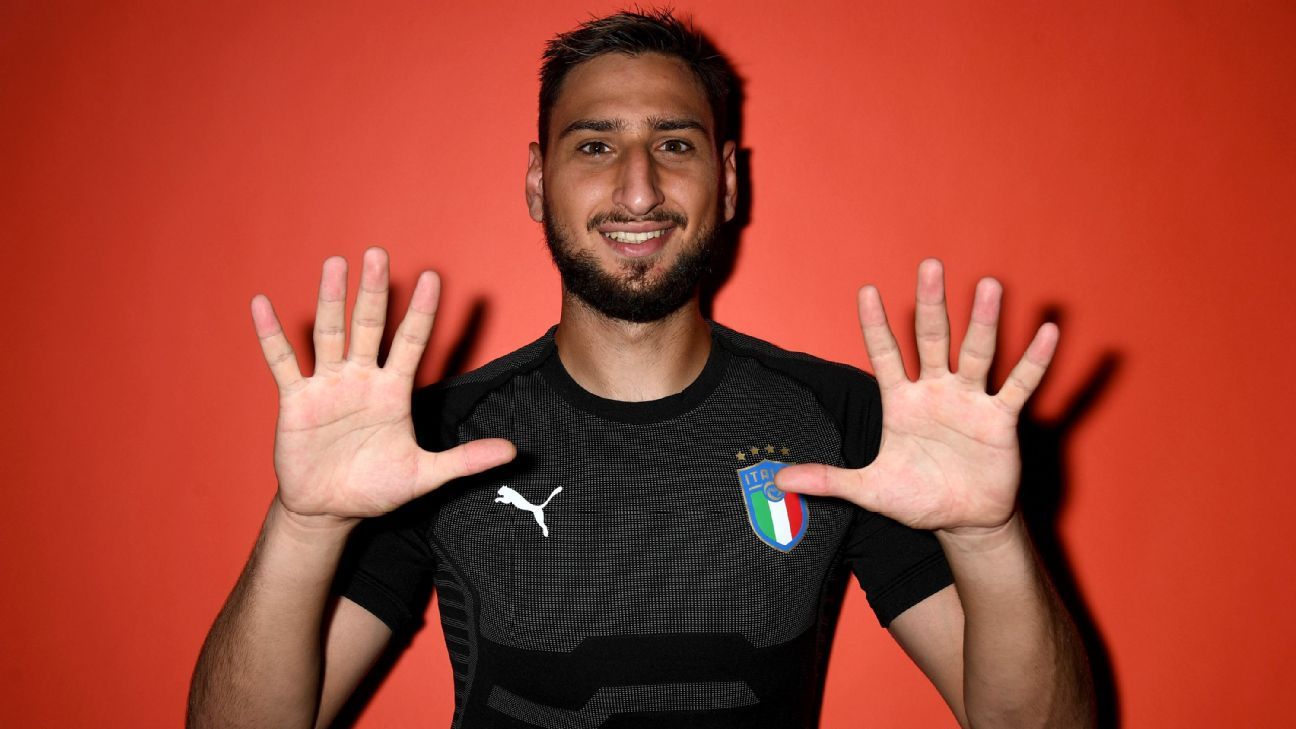 MILAN — Shifts from one generation to the next rarely happen as cleanly and as publicly as the one that saw the Italian goalkeeping burden truly pass from Gigi Buffon to Gigio Donnarumma during the Italian Cup final in May. It was nearly the end of Buffon’s career with Juventus, and he collected a clean sheet while Donnarumma let in four goals, making mistake after mistake. When the match mercifully ended for AC Milan, Buffon approached the younger keeper and whispered something in his ear.

One man’s time was up. Another’s was just beginning.

In September, I drove out to the AC Milan headquarters to ask Donnarumma about that moment. Milanello is anchored by a villa that overlooks the rolling green of the practice fields, surrounded by the shade of trees and a vine-covered pergola. It’s a decadent-feeling place.

Players have rooms where they can stay the night before matches, or whenever they need to bug out of their real lives. The staff serves espresso on demand and bowls of homemade ice cream that people all over Italian football trade knowing and longing glances about whenever it’s mentioned.

Gigio and I both finished our gelato, then found a quiet place to sit.

Donnarumma described that moment after the 4-0 loss to Juve, smiling at the memory, and at the grace and kindness he felt from his opponent.

Then they parted ways, the past and future headed in opposite directions.

Gigio and I only spent a half hour together and don’t speak the same language, which is okay, because the most important and interesting question of his young life can’t be answered at a table but on the pitch. The vacancy created by the great Buffon is his to fill — to attempt to fill, if he can, which is the question. The answer will come over months and years, starting Wednesday in Italy’s friendly versus Ukraine.

The most compelling thing about Donnarumma right now is catching a fleeting glimpse as he rockets skyward.

He lives in an apartment near the center of Milan with his girlfriend. He makes $69,000 a month. The team signed his brother Antonio as a backup keeper, which makes Gigio feel at home, and makes his mother comfortable knowing he’s always got family around. Today, his dad came out to the facility to have lunch with him. Sitting with me, he described the coming afternoon by listing off what he had planned: “Home, family, girlfriend, PlayStation.”

He plays a lot of video games, FIFA mostly. He chose his online name before he got famous, and it’s similar to his actual name, so sometimes opposing players figure out it’s him.

We joke about how nervous he gets before pressing dial on a call to Buffon.

I ask him to tell me the coolest number in his phone.

“My girlfriend,” he says, and when we roll our eyes and make fun of him for his political answer, he starts to scroll.

He’s repped, of course, by Mino Raiola, the agent clubs probably fear the most, because he is a walking knife-fight on behalf of his clients, who include Paul Pogba and Zlatan Ibrahimovic.

His aggressive negotiations created tension the past several years in Donnarumma’s life, causing AC Milan fans to throw fake money at him and jeer at him during matches, which left him visibly shaken and teary on the pitch. Before one match, the ultras held up a banner that read, “Moral abuse, 6 million a year and the signing of a parasite brother? Now go, our patience is finished.”

His mother doesn’t like to attend games. She cannot stand for people to say mean things to her son.

“If they start criticizing me,” he says, laughing, “she gets cross.”

So yes, he’s just 19, and in some respects doesn’t know anything about anything. And yet in other ways, he’s lived two years of a fishbowl life that no amount of time can prepare someone to handle.

He says nothing is different.

“Nothing has changed,” he says. “I’m the same person I was before.”

That’s how it was translated. But the word he used to describe himself was “ragazzo,” which is Italian for young man or boy. He sees himself correctly as not fully formed. He moved away from home — he was raised in Pompeii, in the shadow of the ruins and of Mt. Vesuvius — at the age of 14 and has been chasing this life, and obtaining it, little by little in the five years since.

I ask the question again, and this time he’s more open.

“I arrived here very quickly,” he says. “But you grow fast, both at a human level and on the pitch. It’s incredibly different from when I started.”

He spends most of his time working on getting better.

Inside his bubble is where he feels the best.

He tries not to check his mentions on social media or get upset when he does.

When I walk out to my car, parked just outside the gates, I turn to see Donnarumma sitting on a bench with his father. A few rabid fans crowd around the fence, but inside these walls, Gigio is calm and protected.

His brother is here.

His dad can stop by for lunch.

Soon he’ll head back to his apartment, which gives him more separation. When he first started playing for AC Milan, he lived in a hotel very near San Siro, which didn’t really let him escape. Now he’s learning about being the face of something as serious as the Italian national team. He stands in that goal alone.

He’s been praised and criticized and been cracked open by both, and it’s how he puts himself back together that will determine if he leads Italy for a generation or is overtaken by someone else. The example and words of Buffon — be calm, be a warrior, stand up when you get knocked down — stick with him. Donnarumma’s experience these past two seasons has helped him appreciate Buffon even more. “I see him in a different way both in and out of the pitch,” he says. “I will never be able to thank him for his advice.”

Ten years ago, Donnarumma was a boy playing in the famous ruins of his hometown. He remembers those days — his closest friends are still from Pompeii — and what it felt like to run in the streets. Nothing seemed scary then, not the volcano just off the shoreline, or the frozen reminders of what that volcano could do. He was untethered then and free from consequences. These remain the two most essential parts of sporting greatness, which he must protect from all the forces that will try to take them away.

A senior writer for ESPN.com and ESPN The Magazine, Wright Thompson is a native of Clarksdale, Mississippi.