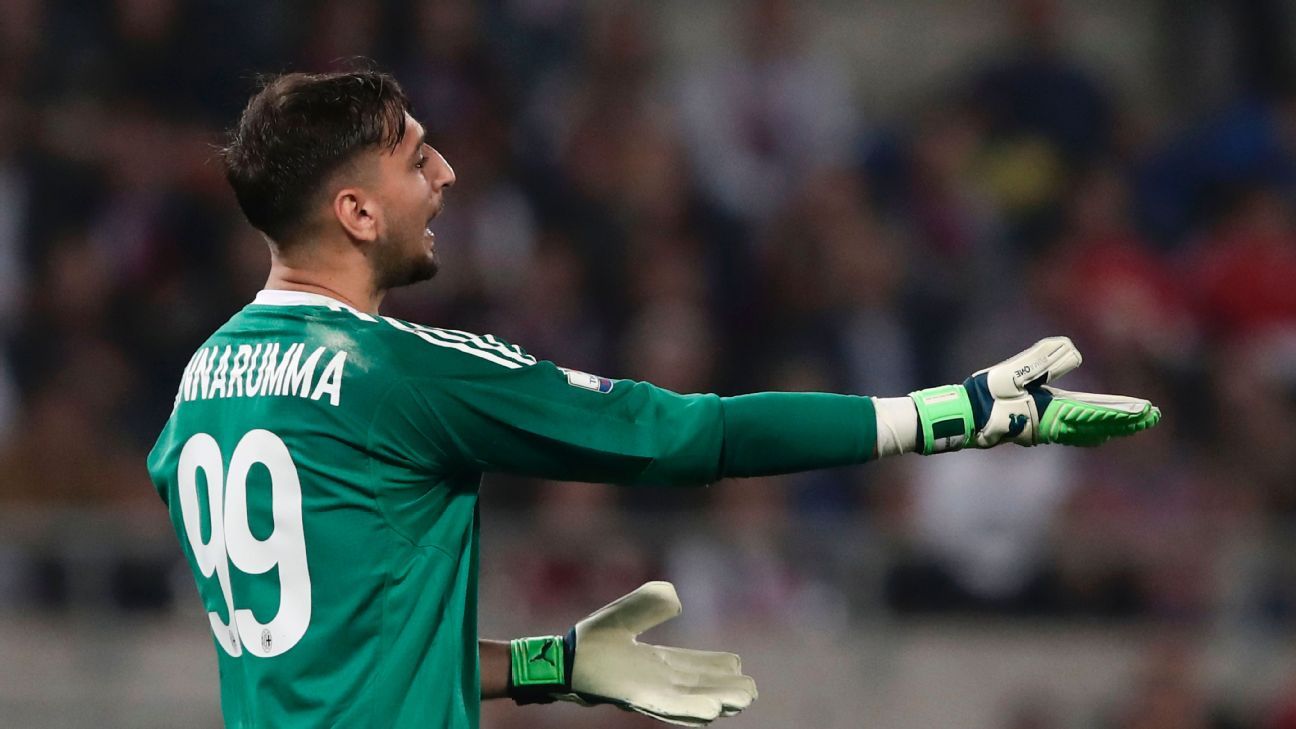 
AC Milan suffered a heavy 4-0 defeat in the Coppa Italia final to Juventus in Rome on Wednesday night as they fell short of claiming silverware this season. Medhi Benatia scored twice either side of Douglas Costa strike while Nikola Kalinic put one into his own net late as the cup holders sealed a comprehensive win.

Milan looked compact, organised and a threat themselves in the opening 45 minutes, and that was followed by a bright start after the interval. Their lack of elite quality and experience in big games hurt them as the game went on.

Aside from the goalkeeping howlers, it was still evident that there are levels separating Juventus and Milan when it comes to being ruthless and just winning games. Collectively and individually, they eventually came off second best.

5 — Considering the options at his disposal, there were arguably few complaints from the Milan faithful over Gennaro Gattuso’s starting lineup. Individual errors proved costly, but he ultimately faces criticism too as his side fell short.

GK Gianluigi Donnarumma, 4 — It was all going well for the youngster, as he produced some classy saves to frustrate Paulo Dybala. However, he later made two costly blunders which resulted in goals, and that not only deflated Milan entirely but contributed to a flattering scoreline for Juventus.

DF Davide Calabria, 5 — Going up against Douglas Costa when he switched to his flank was always going to be a difficult task for the full-back. Excelled at times in defending well and attacking when possible, but it was a struggle for him against the Brazilian.

DF Leonardo Bonucci, 5 — Led by example in the first half as he made key interceptions and commanded the defensive line. However, as well as errors around him, didn’t cover himself in glory at times either and couldn’t prevent the game from escaping Milan’s reach.

DF Alessio Romagnoli, 5 — Similar to his fellow centre-half in that he showed his quality at times, but will be singled out for criticism specifically for losing Benatia for the opener which proved to be the start of Milan’s downfall.

DF Ricardo Rodriguez, 5 — Can’t be blamed for any of the goals conceded and generally was tidy both defensively and in possession. As always though, still seems hesitant to push forward and be a real threat down the left flank.

MF Franck Kessie, 5 — It was a real struggle for the combative midfielder, as he failed to impose himself. Couldn’t use his physicality to great effect, was wasteful in key attacking situations and looked like fatigue has really caught up with him.

MF Manuel Locatelli, 5 — Overcame a nervy start to the game to begin to express himself more and put in a decent shift. Came up short defensively as Juventus won the midfield battle and Lucas Biglia’s absence was felt. Nevertheless, one of the few who played relatively well.

MF Giacomo Bonaventura, 6 — Looked a real threat in the first half as he had chances to find the breakthrough. That disappointment aside, worked tirelessly for the team off the ball and deserves some credit for his performance and for the fact he fought to the end.

FW Suso, 4 — Yet again, the Spaniard gradually went missing in a big game. Forced Gianluigi Buffon into one great save, but other than that, it’s difficult to remember any other positive moments that he produced.

FW Patrick Cutrone, 5 — Produced an early bit of impressive play with Hakan Calhanoglu, but couldn’t find the finish. From that point onwards, seemed to drift further and further out of the game as his limitations led to him not being a real threat to the Juventus backline.

FW Hakan Calhanoglu, 6 — If those around him could play to his level in terms of quality on the ball and desire off it, Milan would arguably have had a better chance of winning. Showed quick feet, physical strength and technical quality at times but it wasn’t enough to swing the game into his side’s favour.

FW Nikola Kalinic, 4 — Impressed in one specific passage of play after coming on, but scored an own goal and continues to ignite heavy criticism from supporters.

FW Fabio Borini, 5 — Perhaps merely introduced to offer a fresh pair of legs and some more intensity to avoid the scoreline from getting worse. Had no real positive impact on the game.

MF Riccardo Montolivo, N/R — Late introduction to rest Locatelli and bring some calmness and experience in the middle of the pitch to avoid further embarrassment.