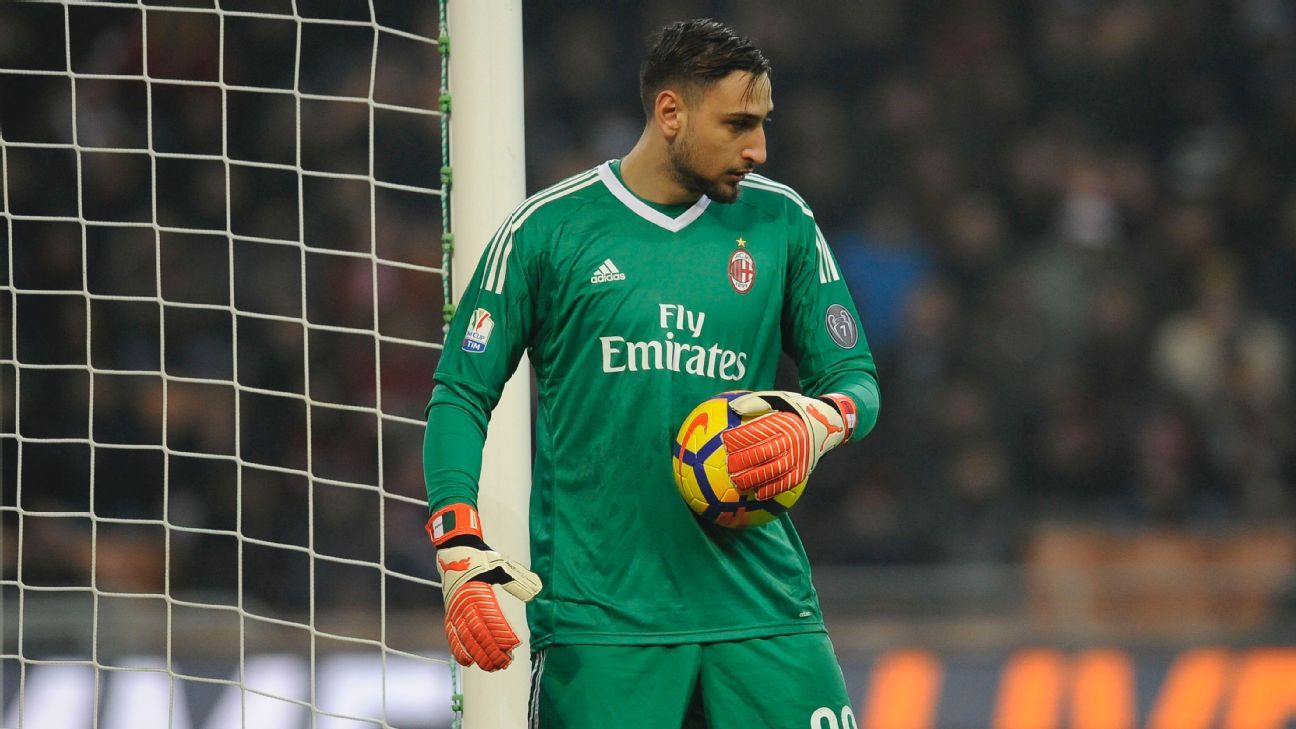 
Gianluigi Donnarumma and Fabio Borini believe AC Milan can still get through to the quarterfinals of the Europa League when they head to Arsenal this Thursday, needing to overturn a 2-0 defeat from the first leg.

Milan coach Gennaro Gattuso gave his side a 30 percent chance of defeating the Gunners and progressing in Europe, but his No. 1 goalkeeper and the former Liverpool and Sunderland forward think their chances are greater than that.

The Rossoneri bounced back from last Thursday’s defeat by extending their unbeaten run in Serie A to nine matches by beating Genoa on Sunday, and that result is just what they needed to believe they can oust the Gunners at the Emirates, according to Donnarumma.

“It was a fundamental win [in Genoa] which gives us great belief in view of the trip to London,” he told Sky. “We go there with nothing to lose.”

Borini, who has faced Arsenal eight times and has yet to finish on the winning side, with two draws and six defeats, believes the Gunners are too inconsistent to be judged only on their performance in the first leg at San Siro.

“We can still do it — Arsenal are strange and open — they are capable of beating you 4-0 and then conceding just as many at home,” he told Sky Sport Italia. “We’ve got the advantage of knowing we messed up the first leg and now we know what we’ve got to do.

“Nothing is impossible. We’re proving that with our own challenge for a place in the Champions League next season, so even a 2-0 defeat at home can be overturned.”

The top four from Serie A all qualify for the group stage of the Champions League next season and Milan are now just six points behind fourth-placed Lazio with a game in hand.