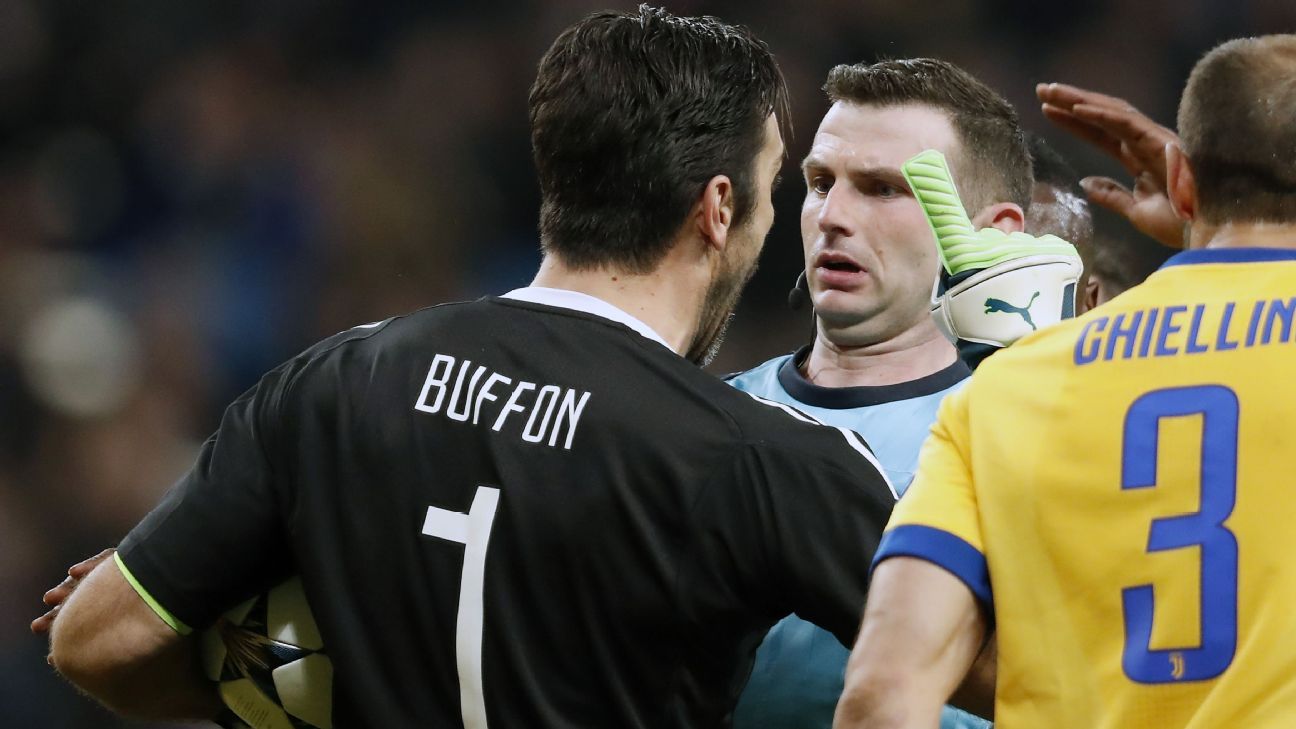 
Gianluigi Buffon has been banned for his next three European matches by UEFA for comments he made about the referee after Juventus lost in the Champions League quarterfinals last season.

Veteran goalkeeper Buffon caused controversy while playing in the second-leg defeat to Real Madrid, when he was shown a red card for vehemently protesting against the awarding of a dramatic and pivotal late penalty kick by referee Michael Oliver.

The 40-year-old was then heavily criticial of Oliver after the match, from which Real Madrid progressed and would subsequently win a third consecutive Champions League title, telling reporters that the English official had “a garbage bin for a heart.”

Buffon later apologised to Oliver for his behaviour.

“The UEFA Control, Ethics and Disciplinary Body has decided to suspend Juventus player Gianluigi Buffon for three UEFA competition matches for which he would be otherwise eligible,” UEFA said in a statement on its website.

Buffon will become a free agent this summer after ending his 17 years at Juve. Should he join any club competing in either the Champions League or Europa League, he will not be able to represent them for any qualification playoffs or up to half of a group-stage campaign.