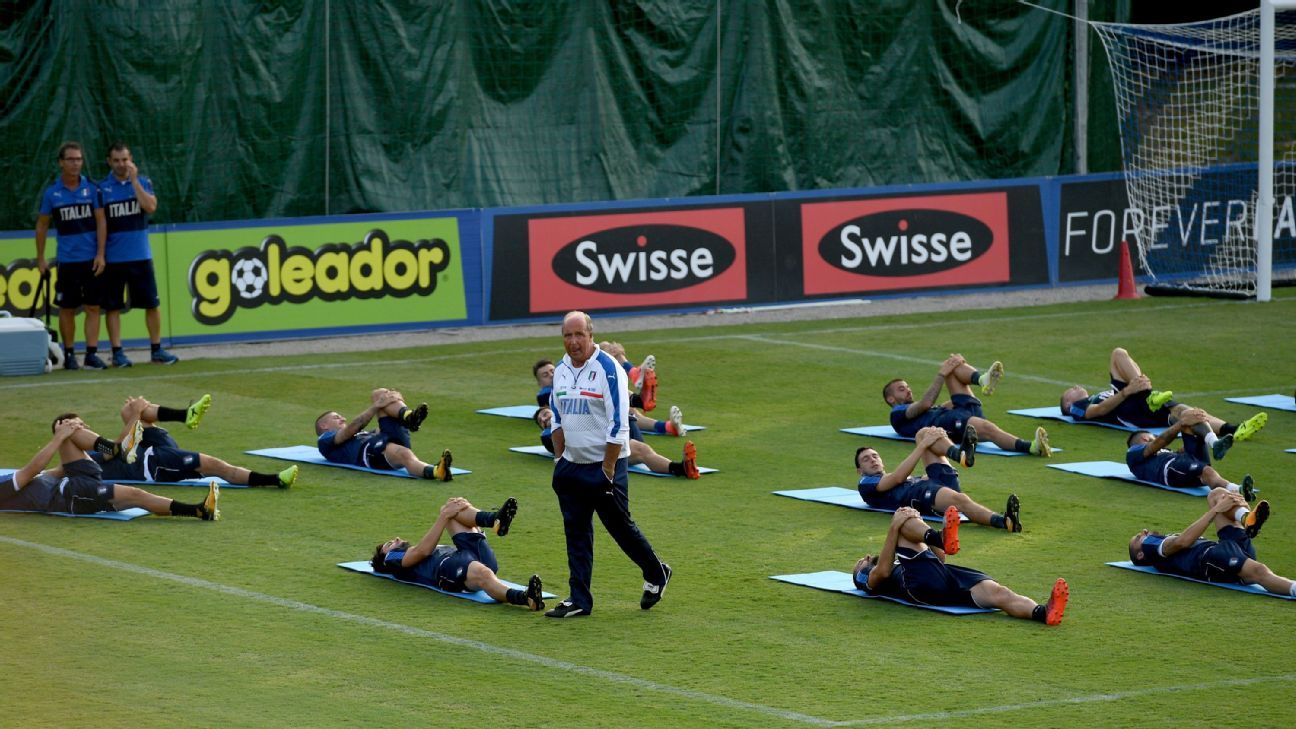 
It was curious to see the Italian Football Federation hand manager Giampiero Ventura a contract extension less than a year after giving him the national team job. After all, it’s not like qualification for next summer’s World Cup is already in the bag as it is for Brazil. Italy are neck-and-neck with Spain at the top of Group G but inferior goal difference means they will likely have to go through a playoff unless they win at the Bernabeu on Saturday night.

The thinking behind the decision is interesting because its motivation seems to be more about allowing Ventura to prepare for this game with peace of mind than anything he has achieved up until now. True, Ventura has made Italy younger. The squad’s average age is now under 30, even with Gigi Buffon still in goal and veterans like Giorgio Chiellini and Andrea Barzagli in defence. Ventura has also handed out 11 debuts in 10 games and his willingness to give youth a chance has encouraged others, particularly the top clubs in Serie A, to do the same.

The new deal is recognition of that but FIGC president Carlo Tavecchio made no secret of the fact that it is “principally to put him in the best condition to prepare for the game against Spain on Sept. 2. You all know how much it matters. It’s a game of notable importance, even if it’s not the end of the world.”

So far, the move seems to have had the desired effect. Questions about this game’s impact on Ventura’s future have not been asked — not yet, anyway — and the subject of Antonio Conte has ceased to come up as well. Conte’s status as Italy’s star at the Euros, at which an average Azzurri team overachieved and reached the quarterfinals thanks to outstanding coaching, led many to wonder if there would be a regression to the mean under Ventura.

He has, on occasion, bristled at journalists harking back to the summer of 2016. But with time, he has put his own stamp on the team and the emergence of a promising generation of players has made Ventura — and Italy in general — optimistic about the future in a way that they weren’t in the build-up to the last major tournament.

The appearance of new talent at Coverciano is not the only thing that makes this Italy side different from the one seen under Conte in France. Ventura started out playing a 3-5-2, on the one hand because it was what the players’ knew and, on the other, because he had little time to prepare for his first games against France and Israel. Over the course of the last year, though, he has switched to 4-2-4 and with sound reasoning. “We have a lot of attacking wide players at the moment and the 3-5-2 penalises them,” he said.

Lorenzo Insigne, arguably Italy’s most in-form player, found it difficult to establish himself under Conte because there was no place for him in the old scheme. Capped just 16 times since his debut in 2012, Insigne merits greater involvement.

The Napoli man finished last season with 22 goals and 13 assists, and, as his new agent Mino Raiola suggested last week, is probably the only player who could make Barcelona not miss Neymar. When you look at it like that and reflect on the fact Xavi and Andres Iniesta think another Italian, Marco Verratti, is the only player who can make Barca be Barca again, confidence in a win at the Bernabeu is building.

And yet it’s hard to escape the feeling that playing 4-2-4 in Madrid, as is Ventura’s intention, is a risky move. Chiellini’s injury-enforced withdrawal on Friday complicates matters even further, particularly after Alvaro Morata described playing against him as like going into a Gorilla enclosure and trying to steal a silverback’s dinner.

You wonder if Italy might still be better playing 3-5-2 or a variation of it, with Daniele Rugani coming into the starting XI. It’s a system Spain have always found awkward to play against and remains the common thread running through their defeats to Netherlands and Chile at the World Cup three years ago and, of course, Italy at the Euros.

Ventura has worked on it in training with Verratti behind Ciro Immobile and Andrea Belotti in a 3-4-1-2 and must be aware that Italy’s best spell against Spain last October came when they changed to that formation in the final 20 minutes. Daniele De Rossi scored from the penalty spot in the 82nd minute to claim one point in Turin but, as Iniesta admitted, Spain “could have lost.”

It’s a dilemma for Ventura and must be dominating his thinking as Italy fly to the Spanish capital. An extra-man in midfield wouldn’t hurt particularly when he can call on a wing-back back as dangerous as Andrea Conti, who scored eight goals for Atalanta last season.

Historically Italy tend to make hard work of qualifying every 20 years. They missed the World Cup in 1958, qualified on goal difference in 1978 and needed a playoff against Russia in 1998.

They might need another one this time around, but let’s not forget that the Bernabeu provided the setting for one of their finest hours and most iconic moments: Marco Tardelli’s post-goal scream in the 1982 World Cup final. A win on Saturday would undoubtedly set off similar celebrations up and down the bel paese.