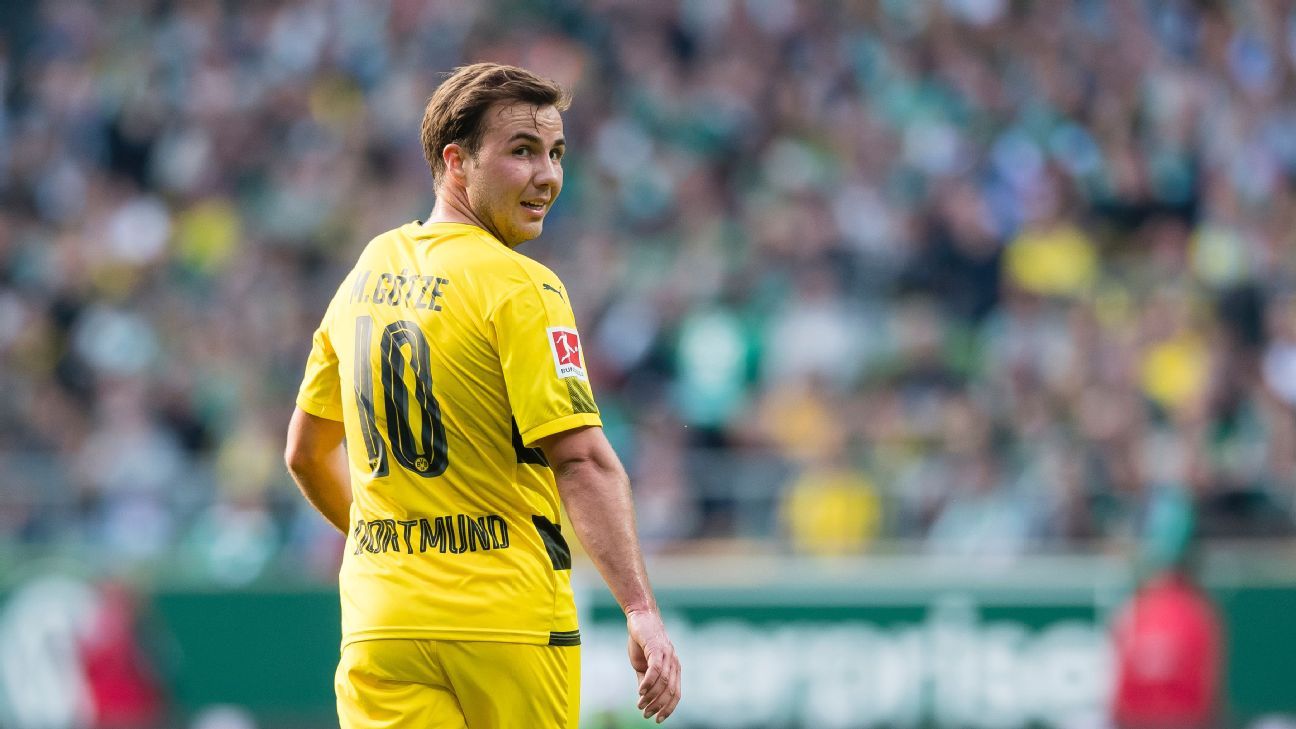 The Borussia Dortmund playmaker spoke to media at Soldier Field on Thursday evening, ahead of the Black and Yellow’s International Champions Cup match against Manchester City on Friday.

And Gotze insisted that despite Germany’s woeful campaign in Russia, in which they finished third in Group G behind Sweden and Mexico, the Bundesliga won’t be any worse for it.

“[The World Cup and the Bundesliga] are two very different, distinct competitions,” Gotze said in a news conference, “so I don’t think there will be any kind of carryover, any hangover in the Bundesliga.”

Of course, Gotze, the man who scored the goal that secured Germany’s 2014 world championship, did not receive a call-up from Joachim Low to help defend their World Cup crown.

“Every player wants to be part of the World Cup,” he said. “I am just accepting that didn’t take place, and I enjoyed having a longer break because of that.”

Since returning to Dortmund in 2016 after a three-year stint with Bayern Munich, Gotze has struggled to remain fit during preseason and the first moments of the campaign. Two years ago a calf strain sidelined him, and last season he was recovering from a metabolic disorder that kept him out for five months.

“I wasn’t able to make it through the whole season the past few years,” Gotze said. “This is the first time I’m really looking forward to being there from the beginning and participating in training sessions with the full team.

“It’s a great possibility to start this way and start really strong.”