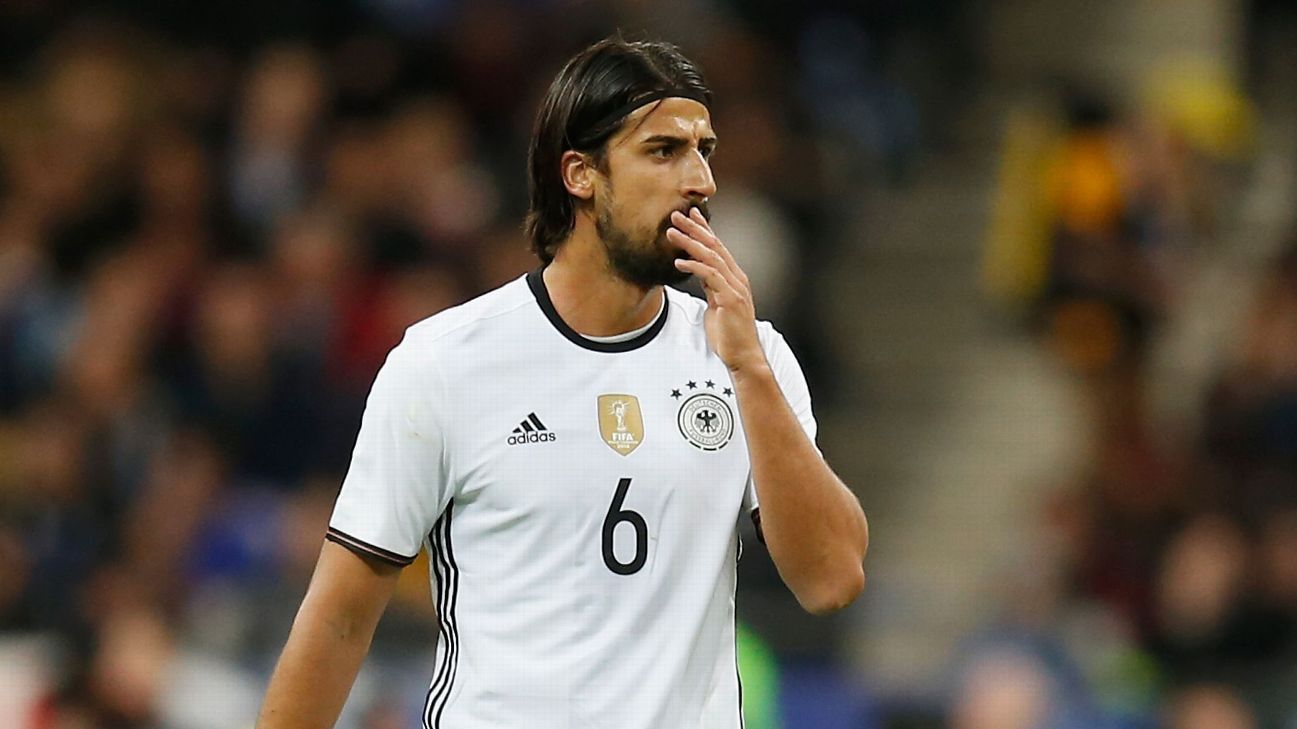 
Sami Khedira has been ruled out of Germany’s World Cup qualifier against the Czech Republic on Friday due to a knee injury.

The Juventus midfielder will remain with the team, however, and could be available for Monday’s match against Norway.

.@SamiKhedira will not play during #CZEGER due to a knee problem. He will stay in the squad & receive treatment in Stuttgart. #DieMannschaft pic.twitter.com/O39vCBFDpe

Germany will also be without the services of winger Serge Gnabry, who has withdrawn from the team because of an ankle ligament problem.

The 22-year-old — on loan to Hoffenheim after signing with Bayern Munich this summer — left the Germany camp on Tuesday.

Germany have won all six of their World Cup qualifiers thus far as they look to defend their title won in Brazil back in 2014.