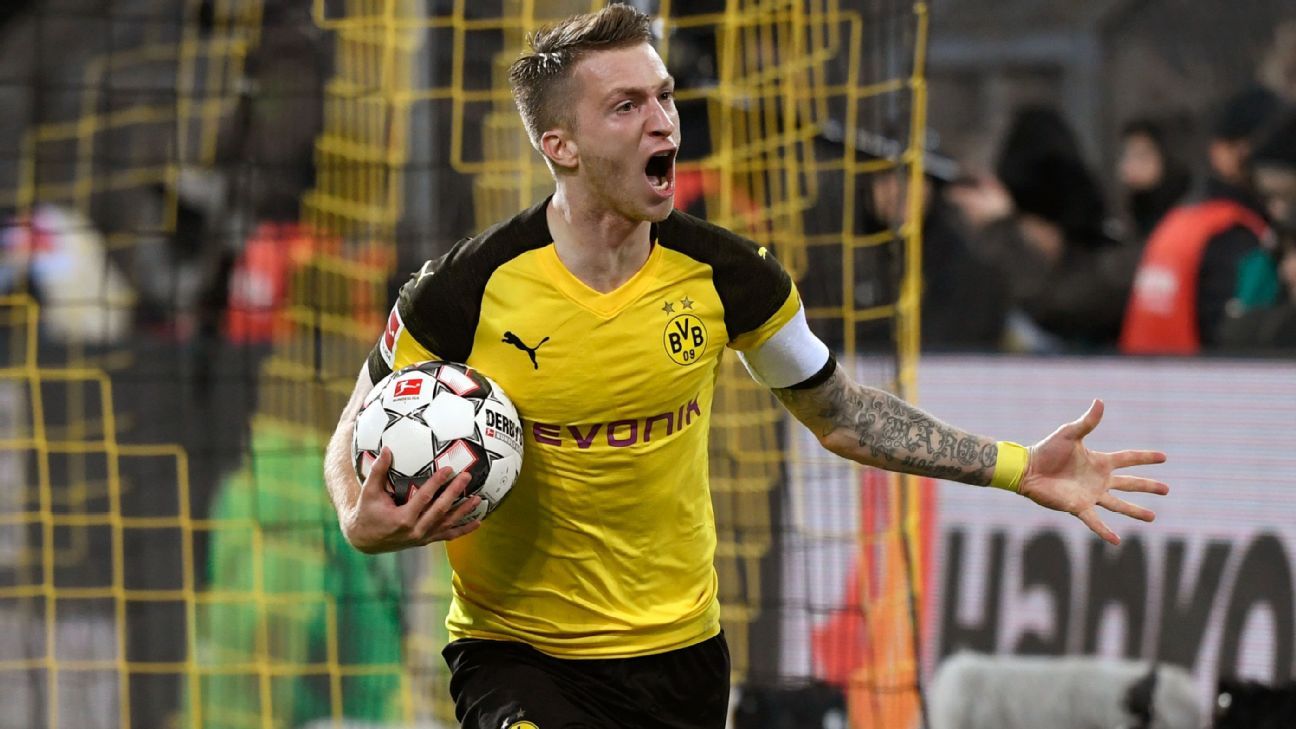 
Marco Reus wants to succeed Mesut Ozil in Germany’s No. 10 position after a strong start to the season with Borussia Dortmund.

Reus, 29, is yet to win a Bundesliga title or a trophy with Germany but is considered one of the best players of his generation.

Named club captain and playing in the No. 10 position, Reus has thrived under new Dortmund head coach Lucien Favre, scoring 11 goals and assisting a further eight in 17 matches across all competitions this campaign, something he hopes can lead to him taking on a central role for Germany.

“A modern attacker must be flexible,” he said. “I can also play on all other positions. But it’s clear an attacking player blossoms if he can play in his favourite position.

“I especially like that central position. I get the feeling that I am part of the match all the time, and I am always involved in direct duels.”

Reus added he also favoured the No. 10 position because being involved in the match all the time helped him.

“If I want to play really, really well and achieve very, very high goals, the best way to get there is from this position,” he said.

Asked whether he felt he could replace Ozil on that position for Germany, Reus said: “It always depends which system the national team favours. But sure: If [Germany coach Joachim Low] plays me as a 10, I could very well imagine that and I’d try to fill in that position the best way possible.”

With the 2022 World Cup in Qatar four years away, Reus is aware that he might only have one chance to represent Germany at a major tournament — the 2020 European Championship.

“I want to stay healthy,” Reus said. “I want to play a good qualifying campaign and a super European Championship. I have set my sights on that tournament. I’ll be 33 years and six months by the time of the Qatar World Cup.”