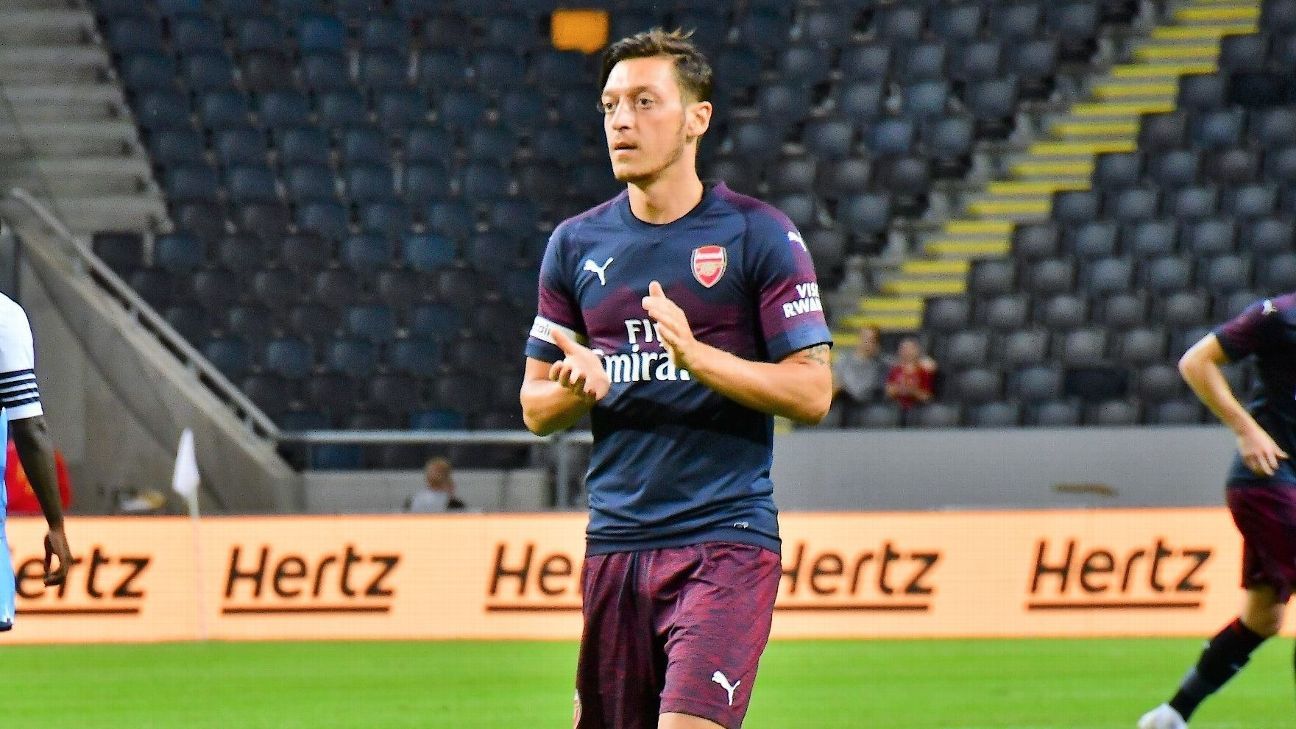 Low and Bierhoff attended FIFA’s The Best awards in London at the weekend and had hoped to talk to playmaker Ozil, 29, who retired from the Germany team in July and cited racism in the German FA.

Last month, Low said he had tried to make contact with Ozil but his calls were not returned.

Having informed Arsenal of their visit, Low and Bierhoff had hoped to meet with Ozil at the Colney training ground on Monday, but Bild reported that they were not allowed to attend “at the behest of Arsenal coach Umai Emery.”

Bierhoff said: “We would have loved to talk to Mesut. But we must accept that currently he does not want that talk.”

The build-up to Germany’s World Cup campaign was overshadowed by a photograph that Ozil and Manchester City’s Ilkay Gundogan — another Germany player with Turkish heritage — had taken with the Turkish President Recep Tayyip Erdogan in mid-May.

Ozil said he had done nothing wrong in meeting Erdogan, and the president has told Funke Media: “He did not leave the Germany national team without a reason. Everyone else battling those racist attacks and insults would have shown the same reaction.

“Mesut Ozil’s statement that he’s German when they win and an immigrant when they lose sums up the discrimination of players in Germany fairly well.”

On Thursday, Germany and Turkey will find out which will host the 2024 European Championships. The two countries are the only bidders.