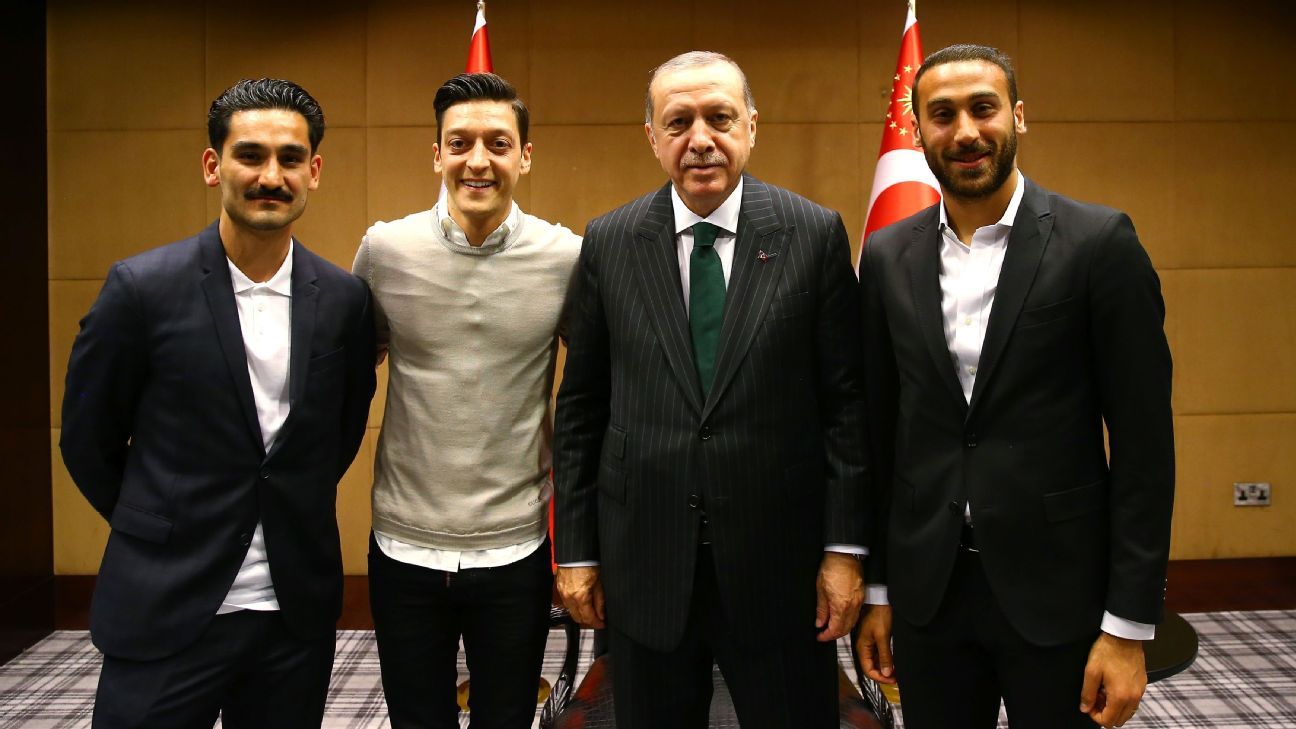 
German chancellor Angela Merkel has said Ilkay Gundogan and Mesut Ozil “belong to this national team” as the row over a photograph of them with Turkish president Recep Tayyip Erdogan continues.

Gundogan and Mesut Ozil were criticised by politicians and Reinhard Grindel, the head of the German Football Federation (DFB), for having the picture taken with Erdogan last month.

Manchester City’s Gundogan and Arsenal’s Ozil — both born in the German city of Gelsenkirchen but of Turkish descent — posed for photos during Erdogan’s visit to London, and Merkel told ARD TV: “I believe the two footballers did not consider the impact the photo with Erdogan would have.”

Merkel, who met both players during a visit to Germany’s training camp last week, added: “They wanted everything but to disappoint the German fans.

“I found it very touching that in spite of it [Gundogan being booed during Germany’s friendly against Saudi Arabia on Friday] Ilkay Gundogan said that he still enjoys playing for the German team.

“I’d like to think to play a good World Cup we need them all now, and they belong to this national team, and that’s why I’d be delighted if a few fans could applaud them as well.”

Three weeks after the picture of Erdogan with Ozil, Gundogan and Everton forward Cenk Tosun was first released, the row it has sparked continues to overshadow the holders’ World Cup preparations.

Gundogan was booed by large sections of the crowd when he came on against Saudi Arabia, a match Ozil missed with minor knee problems, but he wrote on Instagram: “Still grateful to play for this country.”

Speaking ahead of the game, Germany general manager Oliver Bierhoff hit out at the media for not ending the debate.

“It’s like an experiment at home where you keep saying you don’t see a monkey. You will see that monkey.

“You [the media] don’t stop it. We talked to the press. But you just don’t stop it. You publish a new story every day, maybe because you don’t have anything to write about.”

Writing on Twitter on Sunday, Grindel urged people “to put football at the centre of attention.”