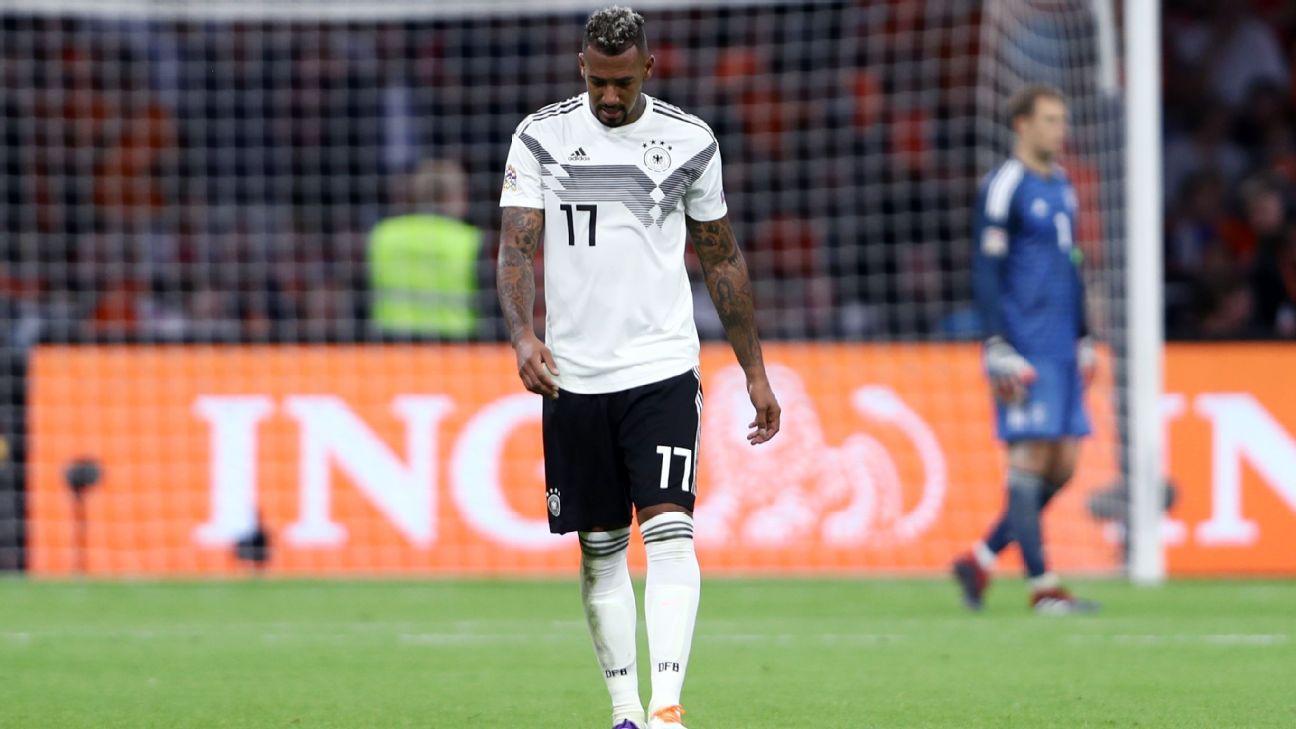 
Bayern Munich defender Jerome Boateng and Barcelona goalkeeper Marc-Andre ter Stegen are not in the Germany squad to face Netherlands in the UEFA Nations League later this month.

Boateng, 30, left the Germany camp with muscular problems following last month’s 3-0 defeat to the same opponents in Amsterdam and does not return for the rematch in Gelsenkirchen on Nov. 19 or the friendly against Russia in Leipzig four days earlier.

“I am convinced that a rest will do him good right now,” Germany coach Joachim Low said. “I told him that we currently have many alternatives in the centre-back position.”

Bayern Munich head coach Niko Kovac dismissed speculation that the news could spell the end of Boateng’s Germany career, telling a news conference: “It doesn’t mean that Jerome will no longer be part of the national team in the future.”

Boateng wrote on Twitter that he and Low had agreed to his omission for the squad “after an exhausting year” and wished the team all the best.

Ter Stegen will receive treatment for shoulder problems “which have bothered him for weeks,” the German FA said, and will be replaced by Arsenal’s Bernd Leno.

Germany could be relegated from UEFA Nations League Group 1 should Netherlands beat France on Nov. 16.

If their rivals pick up a point in that game, Germany must beat them by a four-goal margin — but if France win three points would be enough for Low’s team to stay in the group.

Meanwhile, Germany have sold only 25,000 tickets for the game against Russia, being played in RB Leipzig’s 42,000-capacity stadium, kicker reported, and the match against Netherlands has yet to sell out.

When Germany last played in Leipzig in 2015, their European Championship qualifier against minnows Georgia sold out.

Arsenal struggle as Bellerin, Gabriel get 4/10 but Nketiah saves the day
PSG and Neymar are banishing their Champions League demons
Borussia Dortmund star Jude Bellingham is still only 17
Bundesliga fixture chaos looms as Hertha ask for cancellations amid COVID-19 outbreak
Mount’s rise at Chelsea is no fluke as Tuchel sees what Lampard did with midfielder