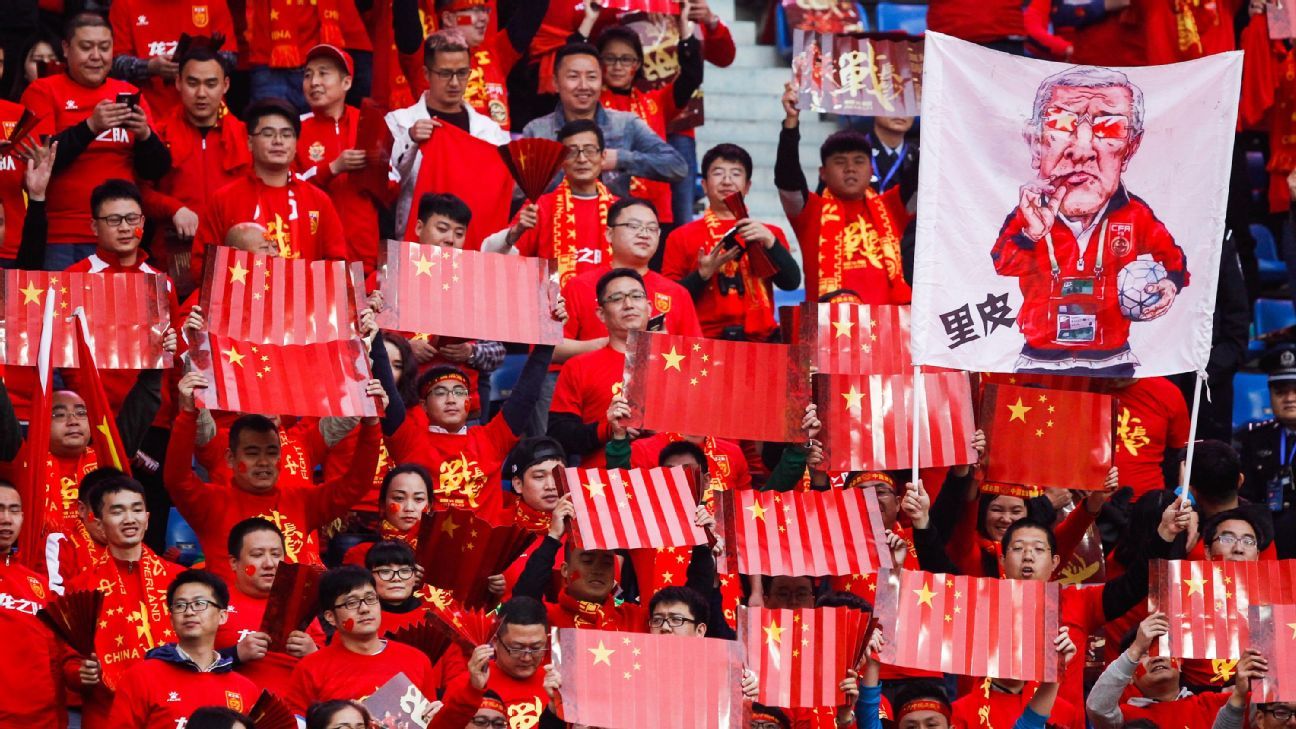 
A German FA (DFB) plan to grant China’s under-20 team a place in one of Germany’s regional fourth divisions, the Regionalliga, has been described as “a circus” by the president of one of the fourth-tier clubs.

Only 19 teams have qualified for the regional southwest division of Germany’s fourth tier, and to even out the fixture list the DFB has invited China’s U20 team to join.

The move would allow China to prepare for the 2020 Olympics, but Oberhausen’s Hajo Sommers told Reviersport: “The league turns into a circus so Bayern Munich can sell more jerseys in China.”

DFB executive Felix Wiedmann said all 19 clubs in the southwest division “have signalled their consent” and would each get €15,000 in compensation from the Chinese FA for the two matches played at their home stadium.

The results from the games against the China U20 team, which would be based near Heidelberg, would not be included in the league table.

However, Christoph Radtke, the office manager at Pirmasens, relegated from the southwest division last term, told Zeit Online: “I am lost for words. We are all gobsmacked here.

“Regionalliga includes the word regional. We are one of the two to three amateur sides, and are thrown of the league.

“Six clubs have been relegated, and now the DFB invites the Chinese national team. We must put up with it, but it’s pure capitalism.”

Rot-Weiss Essen also hit out at the plans, which could be made official during a state visit of Chinese President Xi Jinping to Berlin on July 5.

“There are more pressing issues in the Regionalliga than the development of Chinese youth internationals,” Essen president Michael Welling told Reviersport, calling the plan “outlandish and debatable.”

He added: “I don’t know the details of the deal. But I don’t think the DFB are doing themselves a favour.”

In late 2016, China and Germany signed a “comprehensive agreement at government level” to boost the development of football in China, with agreements also struck between the DFB, the German Football League (DFL), the Chinese Ministry of Education and the Chinese Soccer Association.

China has announced plans to become a world football power by 2050.