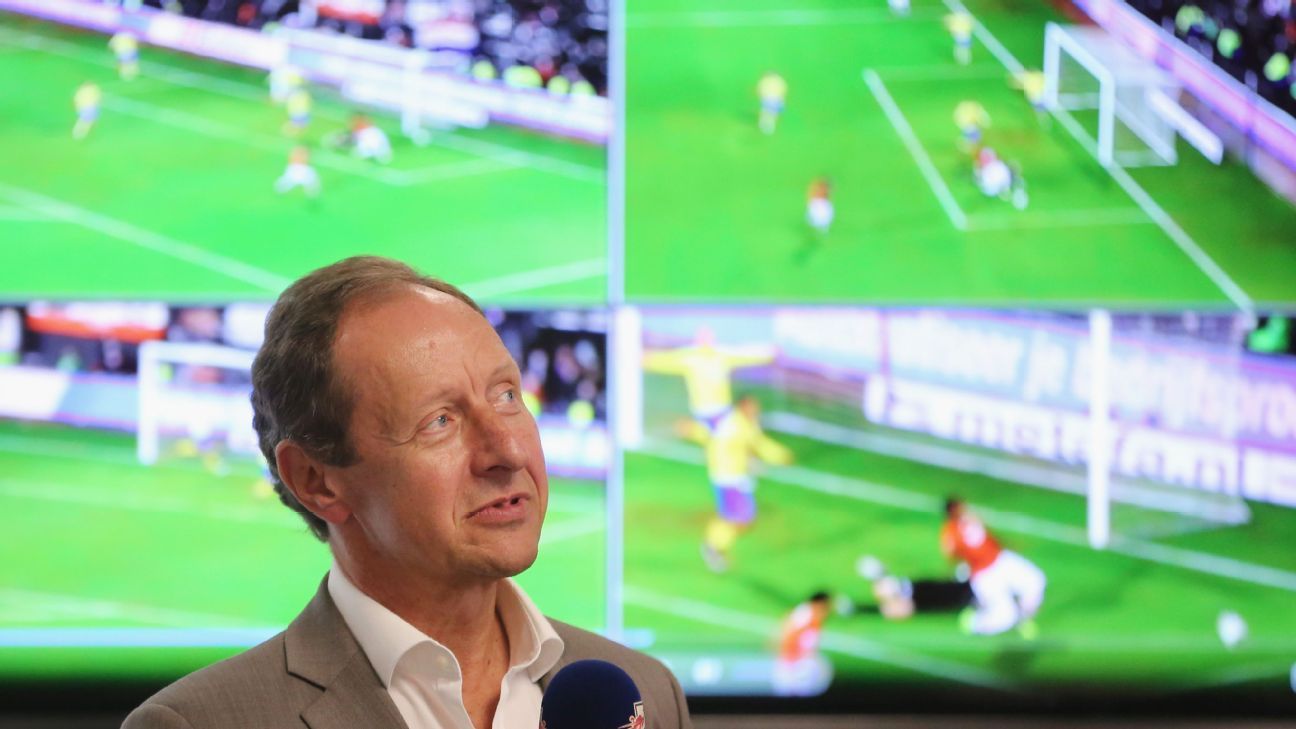 
Bundesliga referee supervisor Hellmut Krug has been stripped of his role as video assistant referee project manager, and supervisors are no longer permitted to speak to the VAR in charge of matches, after questions were raised over manipulation.

After a successful test behind closed doors last season, the Bundesliga was one of several leagues to introduce VAR for a trial period in the 2017-18 season in an effort to reduce refereeing errors, with Krug managing the project.

The VAR system in Germany sees officials at a centralised Replay Centre in Cologne in touch with referees throughout matches.

Bild Am Sonntag reported at the weekend that Krug — who lost his place on the German FA (DFB)’s referee commission last week — was accused of unduly influencing two VAR penalty decisions in Schalke’s favour in the 1-1 draw with Wolfsburg in October.

Krug, who lives close to Schalke’s Veltins Arena, rejected those allegations, saying in Bild: “As supervisors we have no power to influence the video assistant referee’s decision or even overrule it.”

Marco Fritz, the VAR in charge of that match, also said in a statement released by the DFB on Sunday that the VAR alone decides whether to intervene.

However, the DFB announced on its website on Monday that it had made a decision in conjunction with the German Football League (DFL) to remove Krug from the post. The statement said the VAR trial will now be led directly by referees chief Lutz Michael Frohlich “because of the high significance for German football and the recent irritations.”

The DFB, which said Krug will retain a role within the VAR project in content analysis and professional documentation, did not address the accusation of manipulation during Schalke’s draw with Wolfsburg directly in the statement but said supervisors could no longer speak to VARs during games.

The statement added: “For him, as well as the other supervisors, they will no longer have direct communication with the video assistants during the games. The video assistant decides completely independently what assessment he sends to the responsible referee on the pitch.”

Ronny Zimmermann, a DFB vice president for referees, said in the official statement: “We still believe in this project and all emotionalism aside we should not forget that there are successes in many fields during the testing period. Regardless, we are aware of our responsibility and the necessity to optimize this project.”

In comments made to Sport Bild, Zimmermann said the decision to demote Krug was made as “protection against unknown attackers.” He added: “Right now, we don’t know who starts rumours like this and want to prevent this from happening again. We also believe that we no longer need the role of the supervisor in the current function.”

Schalke had led the match with Wolfsburg on Oct. 28 through a penalty late in the first half when Thilo Kehrer was judged to have been dragged down in the area. Later in the match, Kehrer handled the ball in the Schalke area, but there was no intervention from the VAR.

When asked about the decisions taken against his side, Wolfsburg sporting director Olaf Rebbe told Sky: “We’d like to think that this issue will be resolved.”

The news of Krug’s demotion comes amid growing frustration among Bundesliga officials with the system.

When announcing in January that it would stage a trial period, the DFL said VAR will only be used for clear matters and in four separate situations — for irregularities in the case of a goal decision, penalty box situations regarding penalty calls, red card offences unnoticed by the referee, and in cases of mistaken identity over a yellow or red card.

Eleven matchdays into the new season, there is a growing concern that VAR is failing to bring more fairness into decision-making and has served largely to increase confusion, which has been fuelled by a lack of communication from those in charge of the trial.

Last Thursday, German football magazine kicker released parts of a letter the DFB sent to clubs informing them that, from matchday five onward, VAR should intervene more often and not only in situations in which the on-field referee committed an “obvious error.”

However, kicker reported that the letter was only sent to clubs before the 10th matchday, weeks after the initial decision to change the guidelines.

While DFB referees chief Frohlich last week tried to clarify the changes in a second letter to the clubs, the association’s president, Reinhard Grindel, said he had not been informed about the original letter.

In the statement released on Monday, the DFB said the changes announced in letter released by kicker have become obsolete, and instead “the letter drafted by Lutz Frohlich on Nov. 3 which in principal says the video assistant only intervenes if there is a mistake in perception in decisive scenes.”

“The DFB’s communication in that matter is a catastrophe,” Borussia Monchengladbach sporting director Max Eberl told kicker. “If you are in a trial period and you need to make adjustments then there might be an argument for that, but you should be kept informed.”

Gladbach coach Dieter Hecking said following his side’s 1-1 draw at Mainz this weekend — a result affected by controversial VAR decisions — that he believes the trial period could be scrapped mid-season.

“I daresay it will be scrapped in the winter break,” he said. “It would be good for football, but all of us do everything we can to stop it.”

While Hecking argued that there was too much criticism during a trial period, Eintracht Frankfurt sporting director Fredi Bobic said in kicker that he has the impression the use of VAR had been “arbitrary,” adding: “There must be simple rules.”

Meanwhile, former World Cup referee Bernd Heynemann said in kicker that “referees are only puppets on a string now. The decisions are made in a dark room in Cologne. And that’s just not possible.”