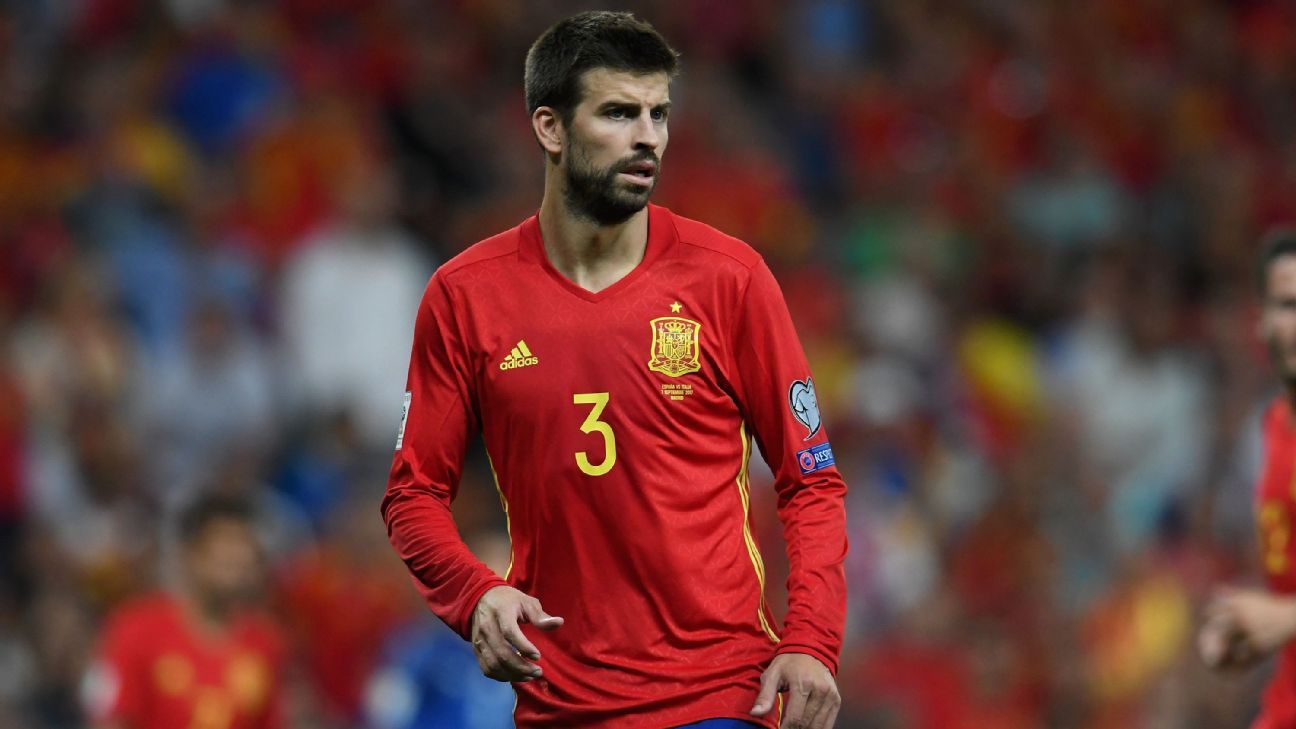 Pique was booed by Spain fans during Monday’s open training session with the national team.

But on Wednesday at a news conference in Las Rozas, Madrid, he stated his intention to continue playing for his country and also attempted to defuse the controversy.

He said: “I have considered it [quitting] but after evaluating it, I think the best solution is to continue. To leave would be to give pleasure to those that have booed me, it would be telling them that they’ve won.

“I know in this group there are many that want me to continue and give everything for the national team. The national coach and the players have decided for me to be here. I’m here to help in as much as I can on the pitch, which is my job.”

Pique says he was “hurt” by the reception he got on Monday.

“It was difficult because obviously you don’t like the fans to be against you and to address you with that hostility,” he said. “Nobody likes to be insulted and booed. I think this is a challenge for me and I believe I can turn things around.

“There are people that were offended by my words but there are also many others in Spain that understand how I feel. Whether I think one way or another, through respect and coherence, we can find a way to reach a common understanding.”

After Barcelona’s 3-0 win over Las Palmas on Sunday, a game that was played behind closed doors due to the political climate in Catalonia, Pique drew the ire of some fans with his emotional remarks about the violent scenes related to the referendum which had taken place in the region that day.

Pique voted in Sunday’s referendum, despite it being declared illegal by the Spanish government.

“I don’t regret the things I said [on Sunday],” Pique said. “We are all people and we have our opinions. It’s impossible that we all think alike. I’ve only said that people should be allowed to vote. I have not taken a side. I’m in favour that people can vote, yes or no.

“But I respect others, like [Spanish tennis player] Rafa Nadal who thinks the Catalan people should not be allowed to vote. But through dialogue, it’s possible to reach an understanding.”

Asked if he was in favour of an independent Catalonia, Pique said: “That’s the million dollar question and I’m not going to answer that. I would lose fans if I answered that question.”

Pique, nevertheless, believes that someone in favour of Catalan independence should be allowed to play for Spain.

Pique has played for Spain’s youth teams and scored five goals in 91 appearances for the senior side since making his debut in February 2009.

“I have been here since I was 15,” he said. “I consider this my family. It’s one of the big reasons why I’m still here. My commitment has been maximum. I’m hurt that people judge my commitment. I’m proud to be in the national team, to be a part of this unique group of players.”

Spain coach Julen Lopetegui has this week defended Pique, while teammate Thiago Alcantara has said that the defender won’t be affected by boos from fans.

Pique has urged the supporters to stand by the team in Friday’s game against Albania in Alicante.

“I realise that the booing by some will not stop, but others that are considering it, I hope they listen to what I have to say,” he said. “I feel uncomfortable for my teammates not so much for me but for them, because the fans should be supporting them.

“Friday’s game is a complicated one. If we win we are virtually qualified for the World Cup and that is what we have to focus on.”

Spain are three points clear of Italy at the top of Group G with two qualifying games remaining.

Pique, who announced last October that he would retire from the national team after next summer’s World Cup in order to allow “future generations to take his place,” now says he may play for Spain after the World Cup.