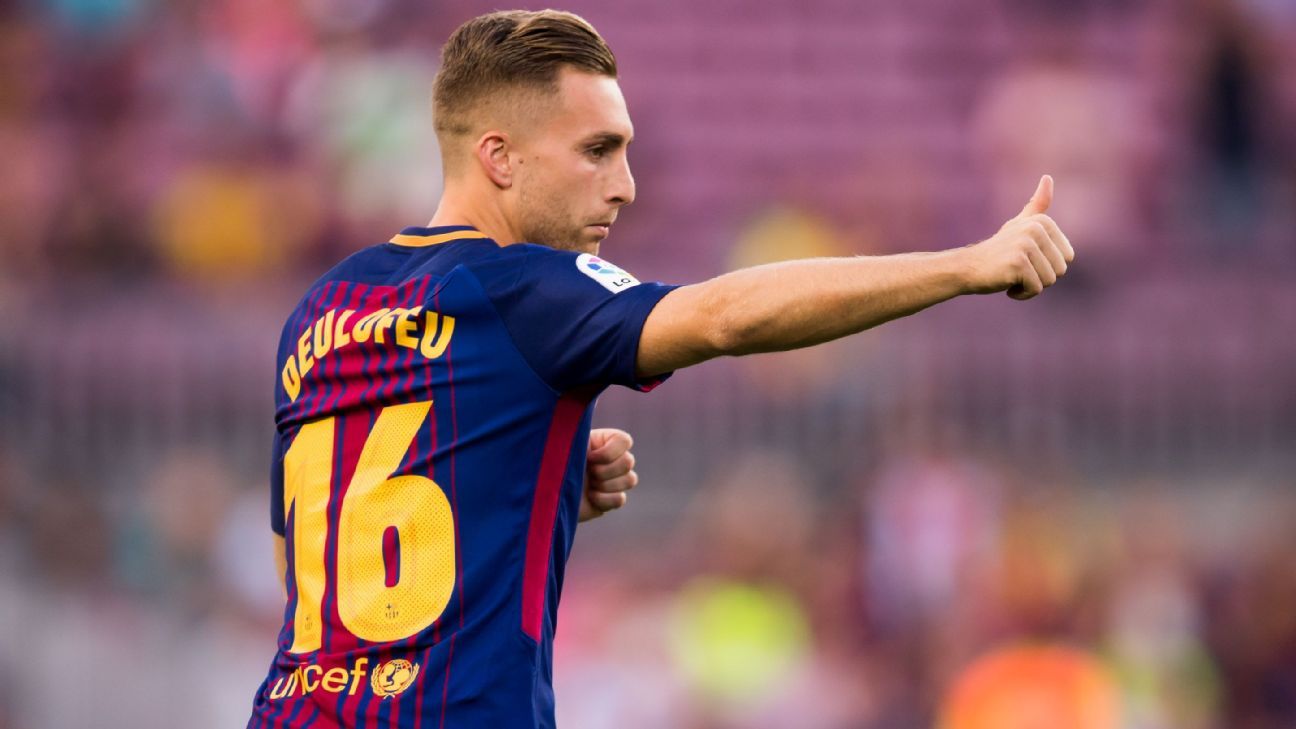 
“It’s been a long time,” Gerard Deulofeu said, and it has been. Four years and three clubs later, the man who joined FC Barcelona as a 9-year-old boy, travelling 100 kilometers a day to train with the team, finally played at the Camp Nou again, at age 23. His last league match was in April 2013 and he played just 26 minutes then, taking his total number of appearances for the club to six. This time, he played just 45 minutes and it was only a friendly, but there was something more: namely, the hope that he might play again.

Not so long ago, Deulofeu had accepted that he would probably never return. When he announced, “I’m back,” he was talking about arriving for a second spell at Everton, not Barcelona. “Home” was not here but Goodison Park, and he said he was not looking back; in his own words, there was “life beyond Barcelona.” That was where he expected to have to live his.

Now here he is again, an opportunity suddenly and unexpectedly standing before him. Neymar has departed, leaving a door open; it may soon shut again, Deulofeu knows, but at least it’s there.

On Monday night, Deulofeu scored the first goal and assisted on the second and third goals as Barca defeated Brazilian side Chapecoense 5-0 in the annual Gamper Trophy friendly, the club’s traditional preseason presentation. “Deulofeu asks for permission to come in,” said the headline in the Catalan paper Sport. The paper called him “brilliant.” “Deulofeu asks to be Neymar,” ran the headline in El País. The cartoon in El Mundo Deportivo showed manager Ernesto Valverde scribbling a “D” where the “N” in “MSN” used to be (for Messi-Suarez-Neymar); the match report called Deulofeu “spectacular.” As for their front cover, it ran with “DEULONEY” in big letters (Deulofeu + Neymar).

It was a particularly poor pun, even for them, and way over the top. But Deulofeu said after that match, “I’m happy — it’s a pleasure to play here.”

When he returned this summer for €12 million, after Barcelona exercised the buy-back clause in the deal that took him to Everton for €6m. He returned having impressed in the six months he spent at AC Milan (on loan from Everton) — sufficiently so for Spain national team manager Julen Lopetegui to call Deulofeu into the Spain squad. He impressed there too, scoring against France in Paris.

But the anticipation was that his Barca role would be limited, maybe even that they would find a way to move him on later. It still may come to pass, even with the departure of Neymar to Paris Saint-Germain; Barcelona’s intention is to eventually fill that Neymar-shaped hole with Philippe Coutinho and Ousmane Dembele, and the club have €222m with which to do so.

On Tuesday night, though, Deulofeu was on the left, a role that hasn’t always been his natural position, but Barcelona manager Ernesto Valverde said Deulofeu could be useful there.

“He has the ability to go past people, speed, and he gives us width,” the manager said. “Neymar is not here anymore; I’m going to look forward. We’ll see if there is news [on signings] but I’m going to talk about who I have got.”

Valverde has Deulofeu; for now, here he is. Deulofeu didn’t always think he would be. The timing is good now; it hasn’t always been. Scorer of 18 goals with Barcelona’s B team in Segunda in 2012-13, arguably the outstanding player in the division, a European U-21 and U-19 champion with Spain, voted the tournament’s best player in 2012, he made his Barca debut as a 17-year-old and signed a first-team contract in May 2013. Within two months, he had gone to Everton on loan. Barcelona had signed Neymar, and by the time Deulofeu was due to return, Luis Suárez was also on board.

“I never really had the chance to show what I could do in the first team by spending a year with them,” Deulofeu said.

At first, there was disappointment that he was off again, a sense that someone special was slipping away and another youth teamer departing, but Barcelona won the treble, and by this time Deulofeu had moved on to Sevilla, but at the end of that season he wasn’t playing at the Pizjuán either. The word he used was “apartado,” which means more than just out of the team; it conveys the idea of being banished and cast aside, not welcome. He returned to Everton: a sale this time, not a loan.

His focus shifted — an awareness that this might be his place now, with little time for lament or nostalgia. There was an acceptance.

“Not every young player is going to succeed at Barca. Mauro Icardi, [Hector] Bellerin, Antonio Sanabria … these are players that have left because things are more difficult at Barca and now Bellerin is playing for Arsenal and Mauro plays for Inter,” he said. “Perhaps there are players who prefer to be in Barcelona, but I want to have a career and not spend years on the bench not playing. I want to push myself and I want to play. There’s life beyond Barca.”

His was at Goodison, and it was linked to then-Everton manager Roberto Martinez.

It is not just about luck or timing or support, of course. Deulofeu’s name means: “God made it.” He had the talent, no one doubted that. Nor, some critics insisted, did he. That “yeah, but” lingered. Rafinha, his teammate in Barca’s youth team and now in the first team, once mentioned him as a future Ballon d’Or winner. “He’s magic, you know,” went the song at Goodison Park. “He has good things but a lot to improve,” former Barca manager Luis Enrique said; he didn’t entirely trust Deulofeu, it seemed, and he wasn’t alone. This was a recurring theme. Unai Emery, Deulofeu’s coach at Sevilla, insisted: “Put him out there, one on one and… pfff!”

“But,” Emery added, “you make him play football with teammates, on a big pitch, where he has to go up and down again, that’s when it’s hard for him. Gerard is a boy who has … qualities, but he lacks others. Above all, he lacks maturity. When he grows, he’ll be–“

At that point, Emery puffed out his cheeks: Amazing.

“He’s diluted a bit,” Emery said, citing examples of the difficulties Deulofeu encountered in training and games. “But it’s good for him to experience that, to see the way players work.”

Emery continued: “I told him, ‘There are players here who aspire to what you are, to your contract. You have it. … Guys who have less talent than you … [you need] their mentality and your quality. They don’t have your quality but they have maturity. They know they have to work, they know what it costs. You haven’t lived that yet, you haven’t needed it yet. When you need that, you’ll grow.’ He doesn’t have that maturity or that capacity for sacrifice yet. He has to get that. I have told him, ‘I hope you get that.'”

It’s easy to forget that Deulofeu is only 23; nearly seven years have passed since his debut. And maturity is a word he has used, too. “I’m mature now,” he says. The question may be more basic: Is he good enough? Can he fulfil that potential with regularity?

Doubts are natural, and only opportunity will allow him to prove himself, but he must take those opportunities. It is true: He has diluted, as Emery said, from being mentioned as a future Ballon d’Or winner at Barcelona, even allowing for exaggeration, to Everton, sitting in the stands at Sevilla and then Everton again. AC Milan came as a reminder of what he could do, an opportunity. Might this be another?

Deulofeu’s return, at that price in an inflated market, was always likely; what happens next is less clear, particularly if reinforcements arrive, which they should. But maybe, just maybe, there’s a chance that appeared to have gone. Even if a player of Coutinho’s calibre joins one day, there should be minutes for Deulofeu.

“At Barcelona, there is always talk of signings, but I want to compete with the best,” Deulofeu said. “I’m ready — if I wasn’t, I wouldn’t be here.”