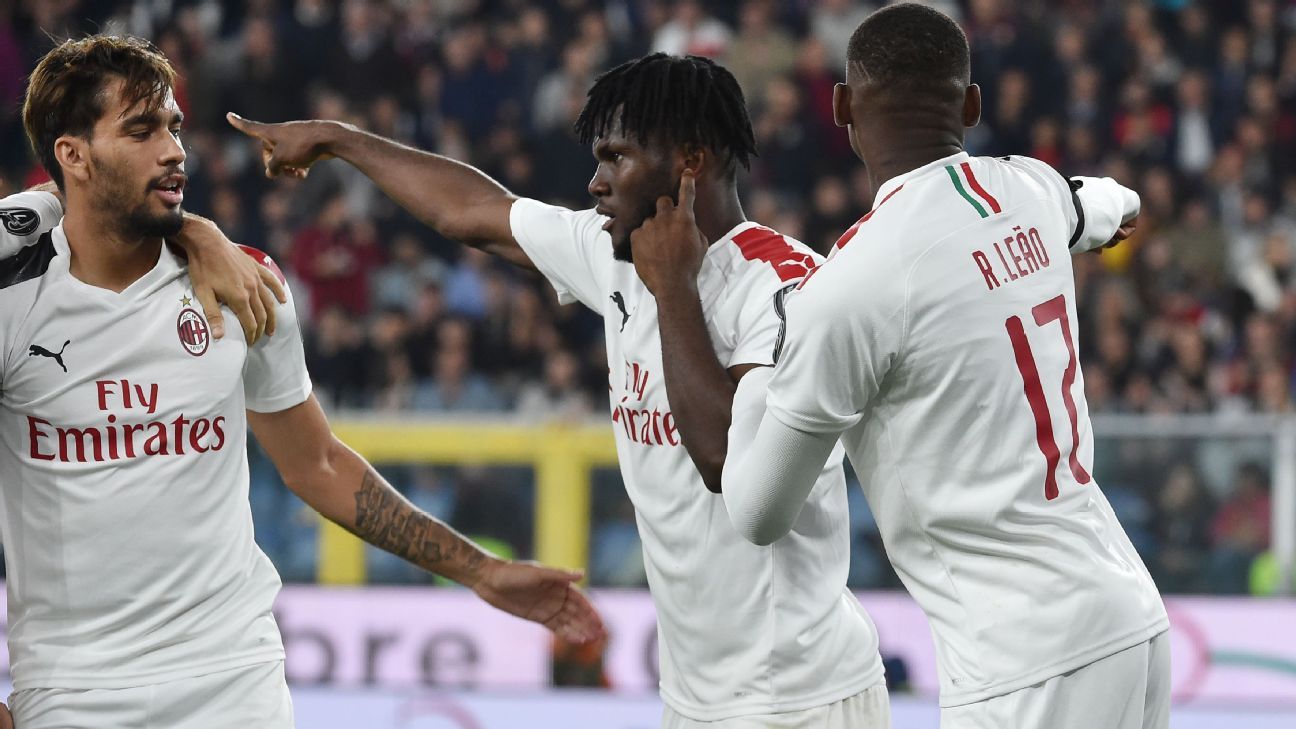 Goalkeeper Pepe Reina pulled off a superb penalty save in stoppage time to make up for an earlier mistake as misfiring AC Milan hung on for a gritty 2-1 win over Genoa on Saturday in a thrilling Serie A game that saw both sides finish with 10 men.

With just two wins and four goals in their opening six league games, Milan suffered a further blow before kickoff when goalkeeper Gianluigi Donnarumma was forced to withdraw due to a stomach bug, with Reina deputising between the posts.

Genoa had problems of their own when captain Domenico Criscito was carried off on a stretcher with a hamstring injury after 10 minutes and he was replaced by Davide Biraschi.

Both understudies went on to struggle and a Reina howler gifted Genoa the lead when he completely misjudged Lasse Schone‘s first-half free kick, allowing it to fly past him into the net.

Genoa had substitute Riccardo Sapponara sent off by the referee just before halftime and Milan’s luck turned after the break as Theo Hernandez scored, exploiting a quick free kick to equalise from a very tight angle.

Five minutes later Genoa’s Biraschi was sent off for handling the ball in the penalty area and Franck Kessie stepped up to stroke home the spot kick and put his team into the lead.

Davide Calabria collected his second yellow for Milan in the 79th minute and Reina then upended Christian Kouame to concede a late penalty but he redeemed himself by steering Schone’s spot kick away for a corner.

Milan substitute Samu Castillejo was sent off from the bench before the game finally ended in a win for the visitors.

Earlier, there were home wins for SPAL, who beat Parma 1-0 despite having Gabriel Strefezza sent off, and Verona, who scored a 2-0 victory over bottom side Sampdoria.