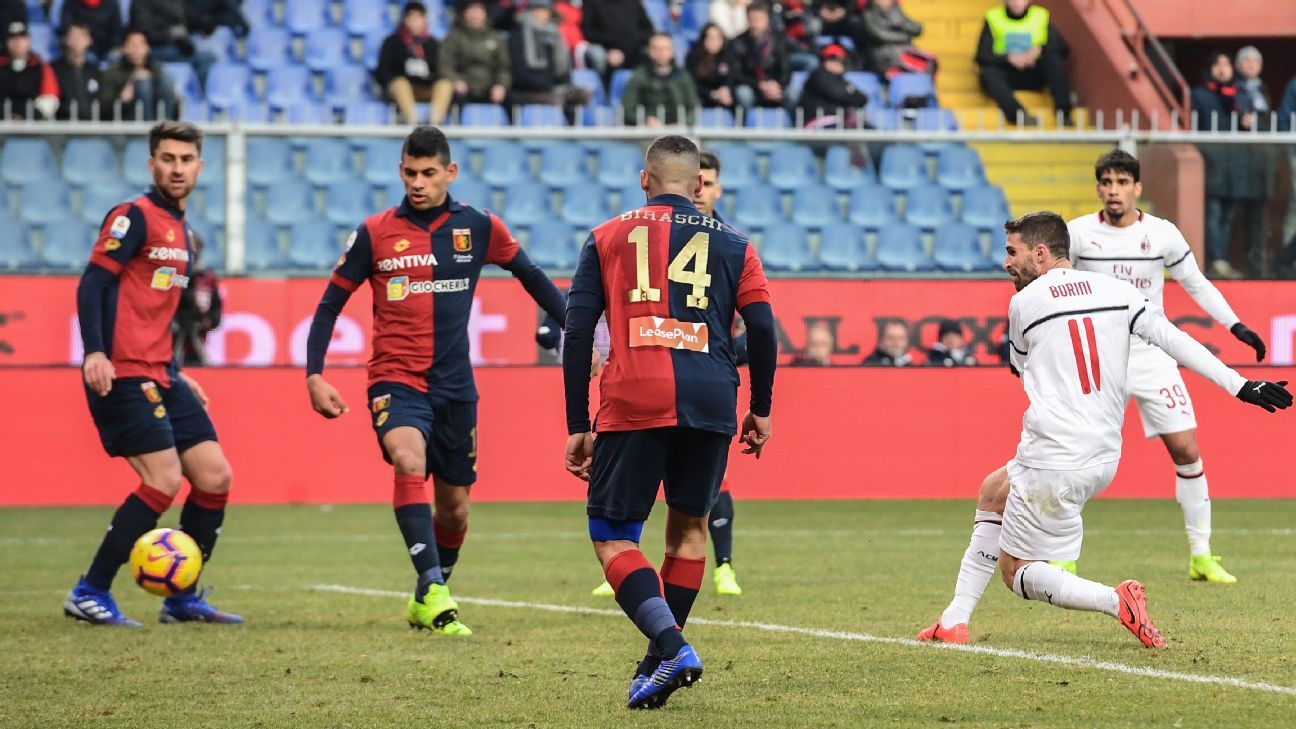 AC Milan moved back into the Serie A Champions League places when second-half goals from Fabio Borini and Suso gave them a 2-0 win at Genoa at a half-empty Luigi Ferraris stadium on Monday.

Genoa’s ultras stayed away in protest at the decision by Italy’s sports security agency to stage the match at 3 p.m. local time on the grounds that an evening kickoff would be risky because of fierce rivalry between the two sets of fans.

Milan were without Gonzalo Higuain after coach Gennaro Gattuso said the striker was “not ready” to play ahead of an expected move to Chelsea but the Rossoneri hardly missed the Argentine as they moved back into fourth position.

They moved above Roma and Lazio onto 34 points from 20 games while Genoa are 14th with 20. Gattuso himself was suspended for insulting the referee after Milan’s Super Cup defeat to Juventus on Wednesday.

Genoa took the initiative and were kept out by three excellent Gianluigi Donnarumma saves in the first half.

The 19-year-old goalkeeper frustrated the hosts again after half-time with a superb double save to deny Miguel Veloso and Daniel Bessa.

Borini put Milan ahead, tapping in from Andrea Conti‘s low cross, in the 72nd minute and Suso finished off a counter-attack to add the second seven minutes from time.

In between, Donnarumma turned Veloso’s powerful shot onto the underside of the bar.