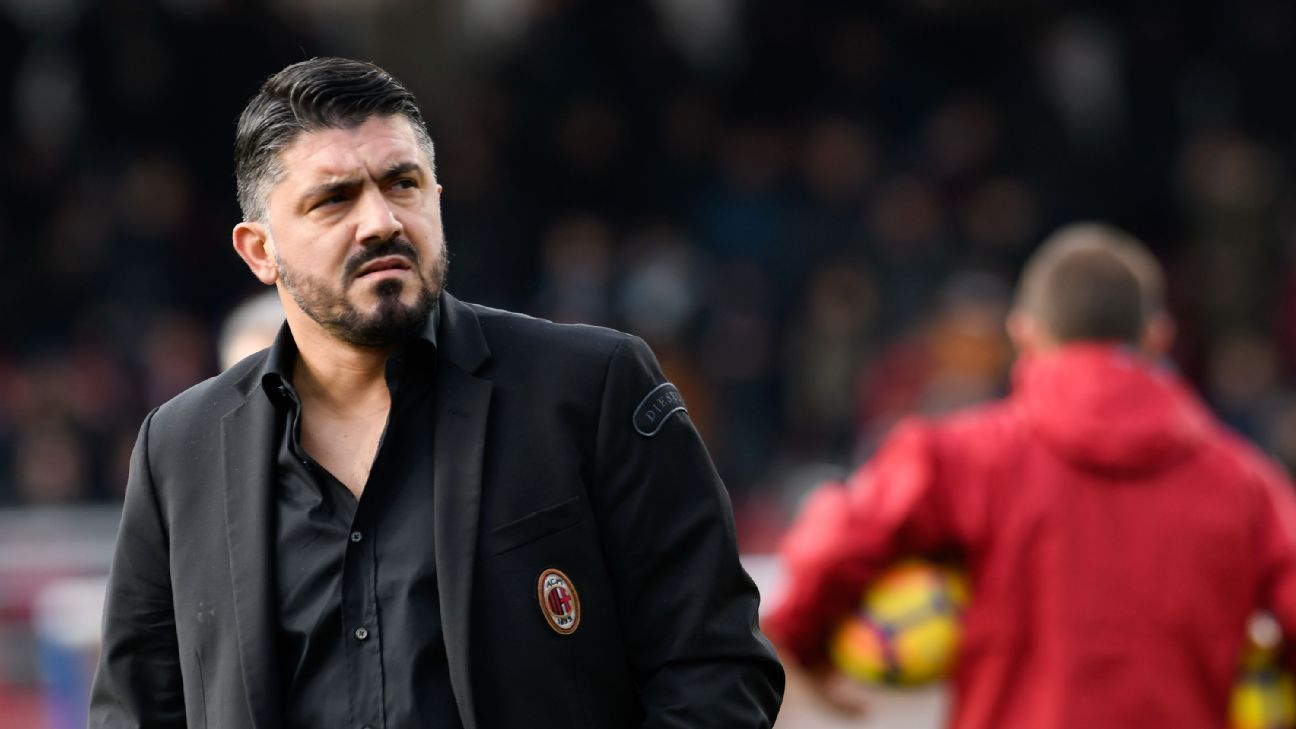 
AC Milan have given Gennaro Gattuso full-time contract as their head coach until 2021 after he impressed following his promotion from youth team coach late last year.

Gattuso replaced the sacked Vincenzo Montella in November and has transformed the Rossoneri‘s season, recently leading them on a 10-game unbeaten streak in Serie A before last weekend’s defeat to Juventus.

They are nevertheless still on course to play in Europe next season and Gattuso has been duly rewarded.

“AC Milan are delighted to announce that Rossoneri coach, Gennaro Gattuso, has extended his contract with the club to 30th June 2021,” read a statement on the club’s website.

“Rino Gattuso’s priority has always been the team, putting it before anything else. When asked about his contract renewal, he expected it to happen, but he always showed he was not in a hurry. He never hid the dream of staying for a long time at AC Milan: a dream that, today, came true.

“Since the first day he became the first team coach, Rino worked with great enthusiasm and passion; and now, consequently, he has extended his contract with the Rossoneri until 30th June, 2021. There are no surprises, as everyone was already expecting this news, but now it’s official.

“This important gesture reflects the total harmony and empathy between the club management and the coach. This way, AC Milan give continuity and confidence to the project, assuring the serenity of the Rossoneri players and the happiness of our fans. The Red and Blacks are [and remain] in Rino’s hands!”

Gattuso thanked Milan’s general manager Marco Fassone and sporting director Massimiliano Mirabelli for the faith they have shown in him.

“Thanks for this opportunity, certainly without Dr. Fassone and director Mirabelli I wouldn’t be here,” he said. “I was given this opportunity four months ago and I must say I’m happy, I’m happy to coach a glorious team like AC Milan.

“I have to thank the players who made themselves available for me and my staff. We hope to continue as we did in these first four months. Forza Milan and I do hope to get things right to bring back AC Milan where they are used to be. Thank you very much.”

Milan host Sassuolo at the weekend needing to close an eight-point gap on their city rivals Inter Milan over the final eight games of the season to snatch a place in the Champions League.

Currently sixth, with a four-point advantage over Sampdoria, Milan are on course for a place in the Europa League, which they could also secure by beating Juventus in the final of the Coppa Italia.