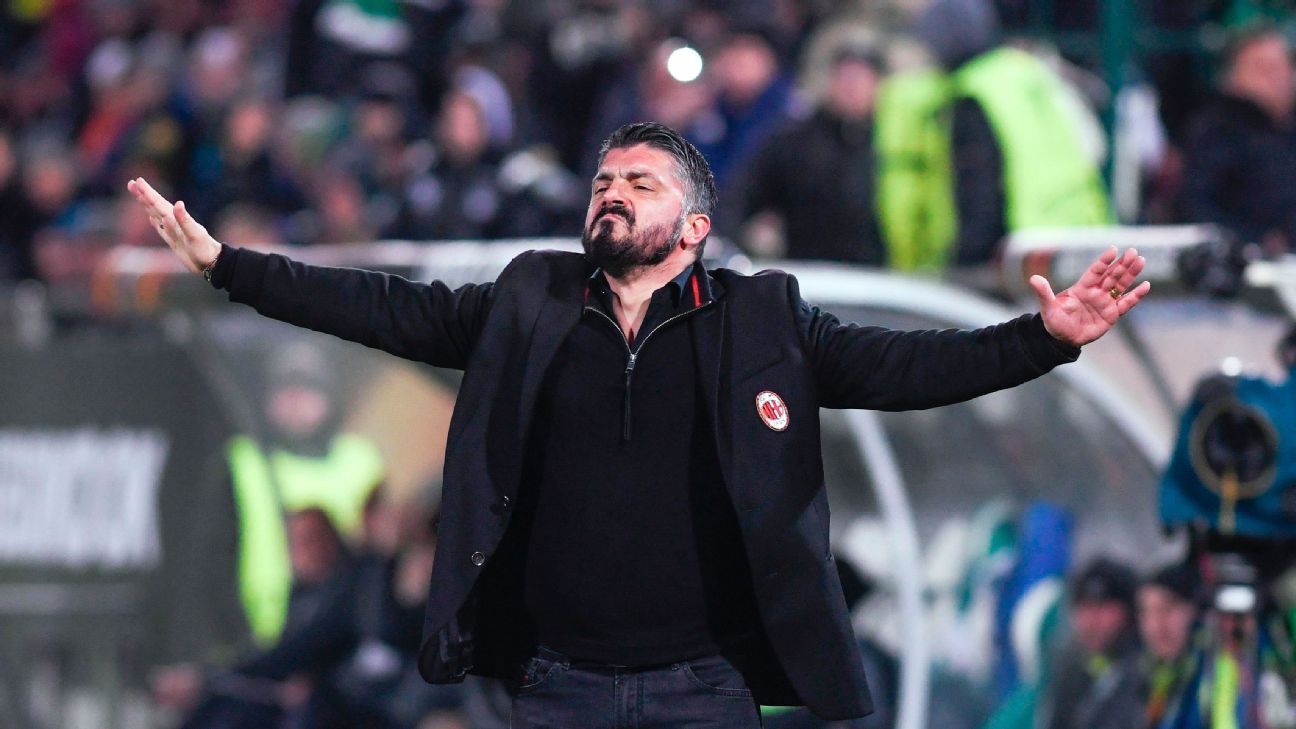 
AC Milan coach Gennaro Gattuso stressed that wages were being paid as he denied reports of financial difficulties at the club.

Milan president Yonghong Li has dismissed claims that he faces bankruptcy in China and condemned Italian newspaper Corriere della Sera for accusing him of destabilising the club.

Earlier this week it was reported that Li had been forced to declare bankruptcy, but he said those claims were “fake news.”

And asked about the situation at a news conference prior to Milan’s Europa League clash with Ludogorets, Gattuso said there was nothing to worry about.

“Rumours do not affect us,” he said. “This club is a perfect machine in terms of organisation. Everything is working well, and I don’t see why we should worry.

“We don’t speak about problems that don’t exist. When I talk to [general manager Marco] Fassone and [sporting director Massimiliano] Mirabelli, thank God they tell me that everything is fine.

“For instance, Andre Silva’s transfer was fully paid two months in advance, which means that money is not missing. Even FC Porto were surprised, and that’s a great sign.

“Wages are being paid in advance and, if everything’s going fine and we’re not lacking anything, what’s there to be worried about?”

A board meeting will be held on Monday to discuss and approve Milan’s latest financial results.

The club’s progress in the Europa League has brought in more revenue than initially forecast, and they are set to qualify for the round of 16 on Thursday with a 3-0 advantage from the first leg.

Gattuso is set to rest key players ahead of the weekend trip to Roma, but said his side’s focus would not suffer.

“My biggest concern is that we underestimate our opponents,” he said. “I must convince the boys that it won’t be easy.

“We must respect Ludogorets — they have more than one strong player who can give us a lot of trouble and, unlike them, we have everything to lose.

“We don’t dare to think about Friday’s draw or to go all the way in Europa League, we just focus on tomorrow’s match.

“I have to improve, too — my priority is to keep getting positive results and improve the team.”