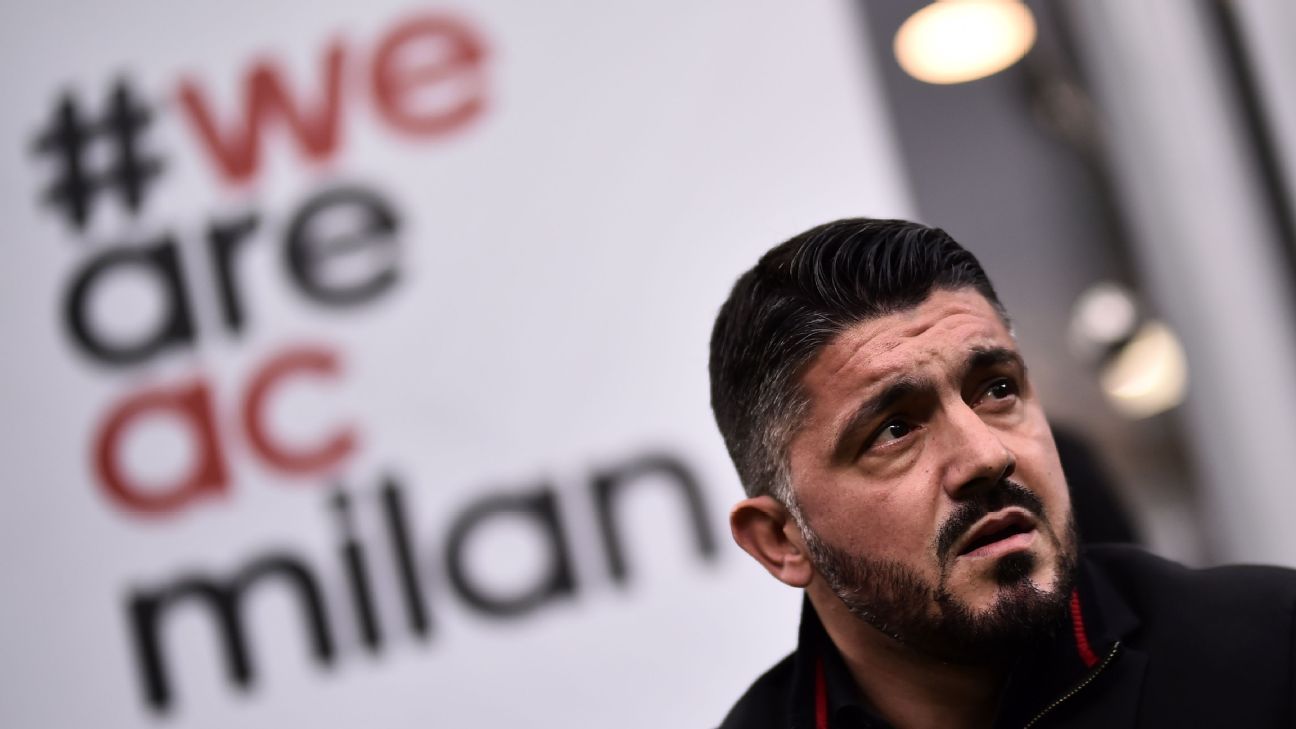 
Back in mid-December, after back-to-back defeats to Verona and Atalanta, the worst was feared for AC Milan’s season. Gennaro Gattuso, who had been appointed as Vincenzo Montella’s successor almost a month prior to that, was seemingly struggling to have an immediate impact.

Crucially though, that was followed by a Coppa Italia encounter against Inter with Patrick Cutrone scoring the winner in extra time. The Rossoneri haven’t looked back since, aside from the blip in Europe against Arsenal, and have restored faith, belief and enthusiasm in the supporters.

A 10-game unbeaten run, eight outings of which have resulted in victories, has propelled Milan back into the hunt for a top-four finish in Serie A this season, and with that comes the all-important qualification for the Champions League. Gattuso deserves an enormous amount of credit for instilling belief in the players to go out and express themselves, and the squad has undoubtedly dug deep and ground out positive results in a packed fixture schedule.

From the switch to a back four that has added a steeliness to the side and more freedom to be effective in an attacking sense, to transforming the likes of Hakan Calhanoglu and Andre Silva into key players in this squad, there has been a lot of positive work done this season, and it carries added weight given the way in which the campaign started under Montella.

However, all that could be quickly forgotten depending on the outcome of the next six days, which pit the Rossoneri against Juventus and Inter. Five points adrift of their city rivals who occupy the final Champions League spot, Milan can ill-afford to slip up in what is arguably the most difficult fixture on the calendar with a trip to Turin to deal with on Saturday.

Keen to deflect attention away from his own future and a possible contract renewal, Gattuso was all business at his news conference on Friday as he understands entirely the magnitude of what’s to come in the next week.

“We’ll be facing a great team and we can’t afford to make any more mistakes if we want to qualify for the Champions League,” he told the media. “My renewal will come, but I can’t talk about it anymore. Whether it’s in an Easter egg or not, it doesn’t matter. Please, just let it pass, enough.”

In truth, there is still a feeling that talk of a long-term contract is premature. Having overcome his initial struggles, Gattuso has silenced his doubters and reinvigorated a fan base with his passion, determination and most importantly, his competency for the job.

Nevertheless, particularly with such important games coming up, now is not the time to be handing out rewards and new contracts, as the job isn’t yet complete.

Between securing a top-four finish or winning the Coppa Italia, the majority of supporters will arguably chose the former. Returning to the top table in Europe, where Milan belong, will be a significant achievement for Gattuso, and at that point he’ll have done his job and earned his contract.

For now though, Milan can’t afford to slip up. This week could ultimately make or break their season, regardless of how well they’ve done in recent months to even put themselves in this position.

The Serie A standings could look very different if things don’t go according to plan, but realistically, taking four points from a possible six over the next two games will surely be considered a decent return. However, this is now a real test of their progression under Gattuso, and it will be key to see lessons learned from those defeats to Arsenal as Milan simply didn’t look ready for the big stage in the first leg at the San Siro.

Influential figures such as Leonardo Bonucci and Lucas Biglia will need to step up, Suso will need to deliver in a big game and Milan could certainly do with a slice of luck along the way to get the result that they desire.

Recent meetings between these two sides have been tight affairs aside from the reverse fixture earlier this season. Nevertheless, in order to maintain their momentum and go into the Derby della Madonnina next week in a great position with everything on the line, Gattuso will need to draw on all that grit, determination and passion and impart it on his players.