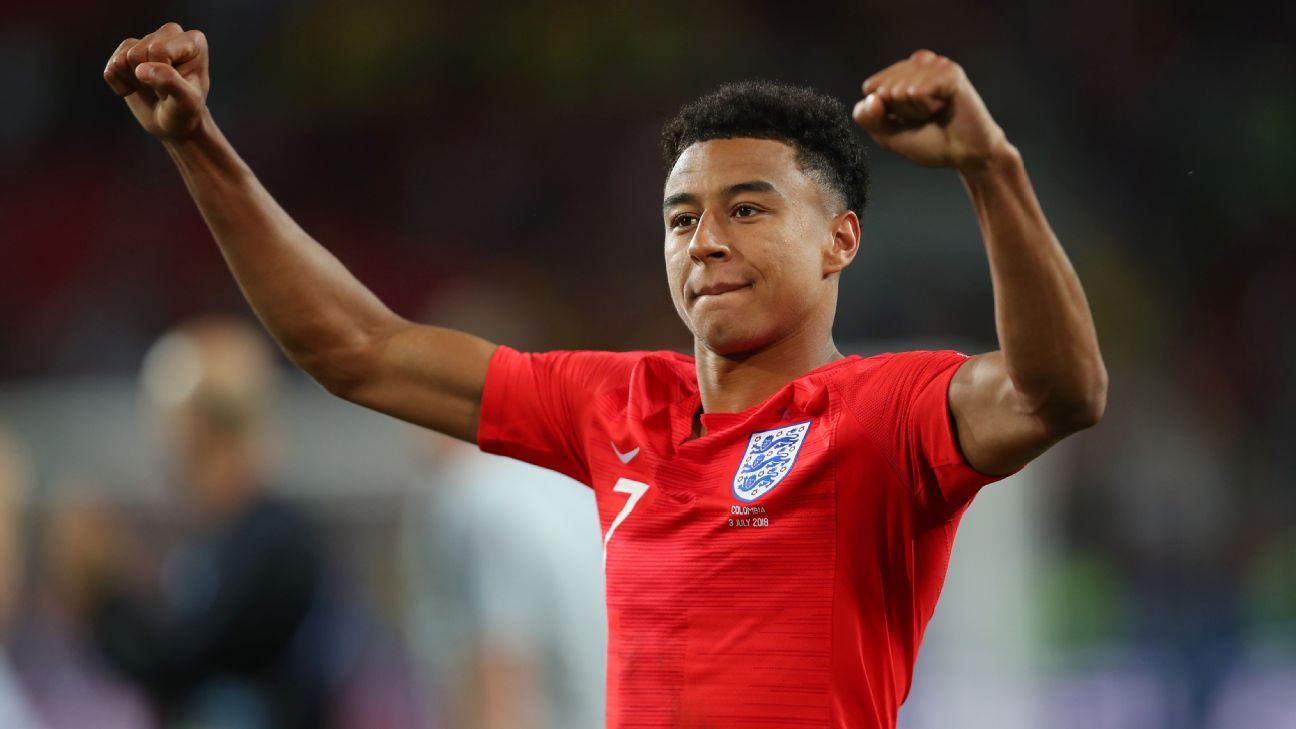 
“What a last two or three years Ashley Young’s had,” says Gary Neville as he walks across Moscow’s Red Square ahead of England vs. Croatia in the World Cup semifinals.

“If you’d have said two or three years ago that Ashley would still be playing for [Manchester] United, let alone breaking back into the England team and playing really well as a left wing-back, it would have surprised everyone.”

Neville, who played 602 times for United after making his debut against Torpedo Moscow in 1992, thinks he knows why.

“You have to remember that he’s from good stock,” he says. “If Sir Alex Ferguson signed you, then nine times out of 10 he got it right when it came to character. When you watch Ashley Young play, when you see him digging in, you see a determination and a character. You can see Jose Mourinho and Gareth Southgate using him for these reasons. He might not be everybody’s perfect player, but he’s had a really good tournament and he’ll never let you down because you know exactly what you are going to get from him.”

Young, who has taken England corners and free kicks, has faced competition from younger players.

“There was a point after the Colombia game where I thought England might bring Danny Rose back in for Ashley,” says Neville, “but Gareth Southgate was right to stick with him because he had that continuity and momentum going.”

Jesse Lingard is another Manchester United player who has had a successful World Cup.

“It pissed me off when United fans were giving Jesse stick two or three years ago,” explains Neville. “Of course, you have to be of a certain standard to play for United and you can’t be given a free ride. You will also be praised and criticised as a United player, but if you’re a homegrown lad who has been at the club since 10, you deserve that little bit more grace and credit in the bank. There should be an acceptance that the kid has lived United, knows United and loves United.

“When I was at the club, I felt that the young lads were protected and given a bit more grace, that the signings which came in for big money were the ones who came with higher expectations and had to perform.”

“When you’ve come through the ranks you’re not going to be perfect, you’re not going to be ripe, you’re going to be developing and it’s going to take you two or three years,” explains Neville of a process he’s personally familiar with. “The same thing happened with Darren Fletcher, with me, with John O’Shea. Young players shouldn’t be written off too quickly.”

As scores of football fans from around the world call his name or ask for selfies by Lenin’s Mausoleum, Neville is eager to stress the particular abilities of the young United winger.

“Jesse Lingard makes that many runs during a game that he would be a dream for his teammates to play with — like if you’re Harry Kane and you have Lingard running past you all the time. I always remember Ji-Sung Park at United. Everyone, including me, talks about [Wayne] Rooney, [Cristiano] Ronaldo and [Carlos] Tevez, but the missing cog was Ji-Sung Park — or Owen Hargreaves in 2007-08. Without those type of players, you can’t have balance. That’s what Jesse brings. He’s a fantastic player in terms of how he contributes to a team’s dynamic. He’s done really well in his World Cup. Gareth and Jose Mourinho deserve so much credit for the faith they’ve shown in Jesse.

“At United, there are more fashionable players like [Juan] Mata, [Anthony] Martial, Alexis Sanchez, [Marcus] Rashford, [Paul] Pogba or [Romelu] Lukaku. Yet Jesse is the one who makes the team play better.”

Finalist Paul Pogba is another of the United players who’ve shone in Russia.

“Excellent,” opines Neville. “It looks effortless for him; but at times when you watch him for United, it looks so easy for him, like he can do anything he wants. The issue at United is that if you’re the poster boy and the team is not successful or doing well and you are the most expensive player — and you also give it a bit like he does — then you are going to get some stick. If you were David Beckham or Wayne Rooney and not doing well while you were doing TV adverts, then you are going to get some stick. It was probably the same for George Best, but everyone only remembers the good bits. I’d have France as 70/30 favourites.”

United’s England players reached the semifinals, as did their Belgians Marouane Fellaini and Romelu Lukaku.

“People think only Jose Mourinho picks Fellaini-type players, yet Roberto Martinez, with a clear football philosophy, picks him,” states Neville. “Louis van Gaal picked him, David Moyes too. If Fellaini’s in a pool of four or five midfielders then there’s not an issue; the problem comes if he’s number one on the team sheet. He’s not a player for every game. There are games where you would pick him and games where you wouldn’t. The issue at United is that it has been a struggle in central midfield for the last five years or since Paul Scholes retired. [Bastian] Schweinsteiger, Fellaini, [Ander] Herrera, [Morgan] Schneiderlin, Pogba — none of them have settled into the midfield. They’ve all been individually good players, but none of them have grabbed the midfield and made a partnership.”

Seven United players will be in Russia until Sunday. Commitments for their country mean they’ve already missed the start of preseason for their club. They’ll be reintroduced at various stages of the preseason before the first Premier League game against Leicester City on Aug. 9. They’ll also hope to continue in the same form they’ve shown in Russia.