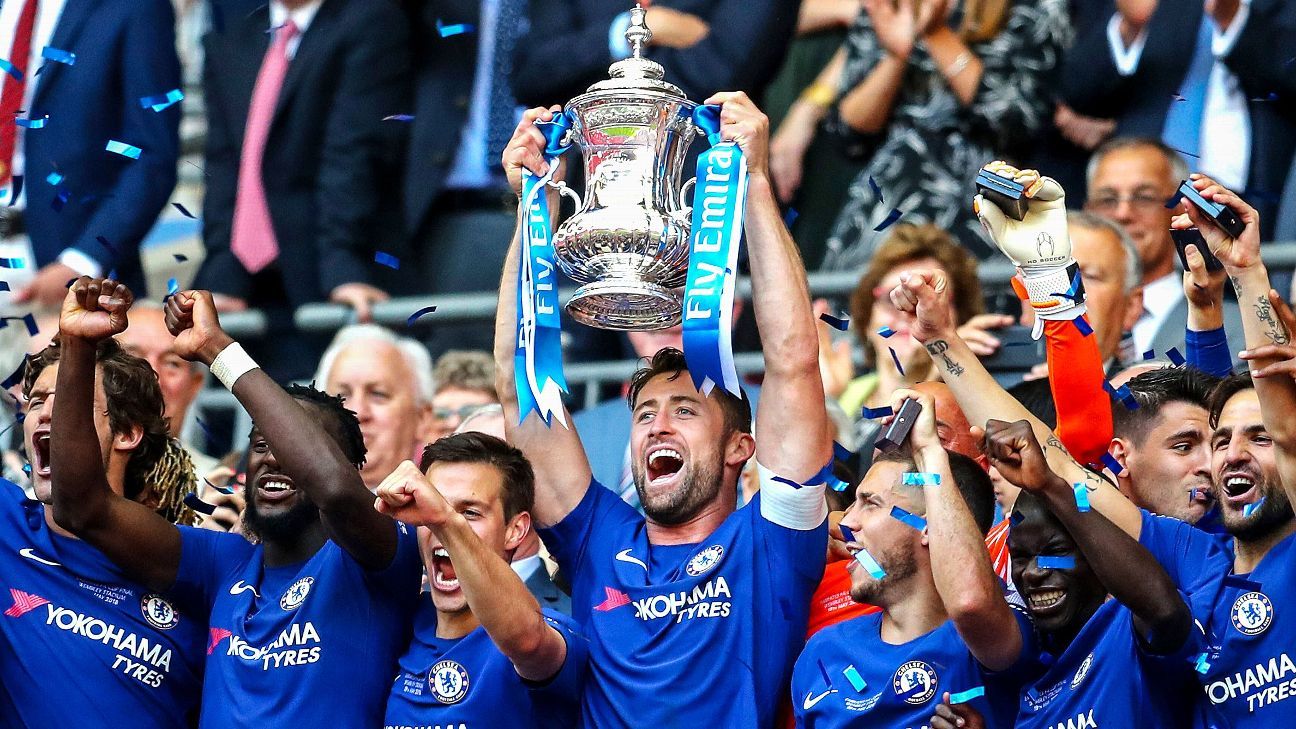 
BURTON, England — Gary Cahill insists he never gave up hope of earning a place in England’s World Cup squad, though he feared the worst when he missed a phone call.l from manager Gareth Southgate.

The Chelsea captain was a high-profile omission from Southgate’s squad for friendlies against Netherlands and Italy in March after losing his starting spot at club level to Antonio Rudiger, raising concerns that he could miss out on representing England at a third consecutive tournament.

But having regained his first-team place in time for the decisive stretch of Chelsea’s season, Cahill’s seat on the plane to Russia was confirmed three days before the Blues’ 1-0 victory over Manchester United in the FA Cup final — though he originally missed Southgate’s attempt to inform him.

“I didn’t answer straight away, I missed the call,” Cahill said. “He left a voicemail saying it’s not always bad news when the England manager calls me up!

“I called him straight back, had a good conversation and was delighted to find out I was in the squad. It probably wasn’t a call to miss but it was what it was.

“When I managed to get to my phone, I called him straight back and I was delighted to hear the news.”

Asked if he feared he wasn’t in Southgate’s tournament plans after his omission from the March squad, Cahill replied: “I didn’t think it was gone.

“I felt it had taken a knock, especially [missing] the last squad before we came away from the World Cup. I realised I had to really dig deep to get myself back in the frame and that’s the way it’s worked out.

“First and foremost I needed to get my place back at Chelsea, it’s very difficult and frustrating when you don’t play regularly. I’ve been lucky enough to do that for the majority of my career. That’s when you influence things, when you can influence decisions good and bad.

“If you’re not out there on the pitch you can’t influence anything. But I know I can influence it when I’m out there playing, I have that belief, it was a matter of first and foremost of getting back into the Chelsea team and we had a huge end to the season with the FA Cup final coming up.

“If I’m totally honest that was all that was in my head, and if I knew that if I performed well for the rest of the season then I knew I’d been in with a shout with the rest of the 23 boys who were competing for a place.”