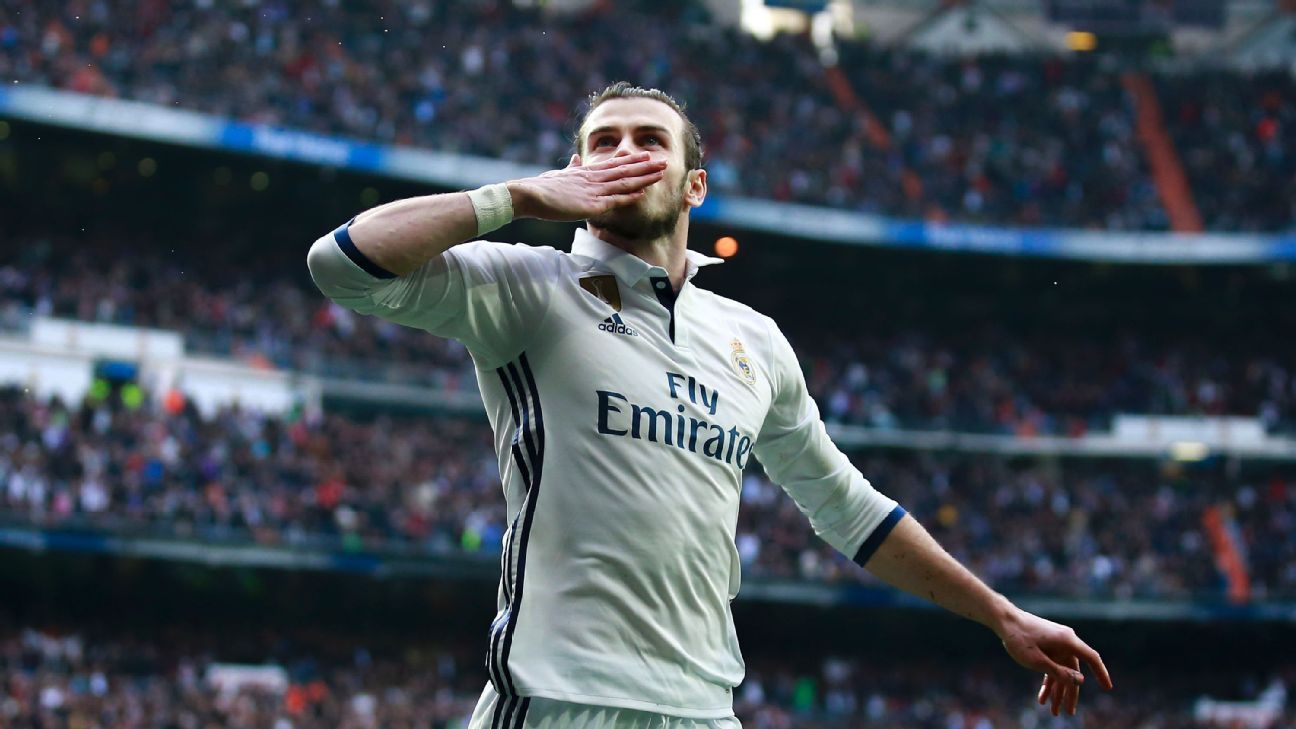 
Gareth Bale to Manchester United is a saga that has dominated transfer talk across the world for over four years.

David Moyes desperately tried to land Bale in 2013, even offering Tottenham around £100 million — more than the then-world record £86m he eventually moved to Real Madrid for.

But Bale continues to be linked with a switch to Old Trafford. With the resurgence of Isco and his failure to start the Champions League final in Cardiff leading to rumours that Madrid would negotiate with United, what would be the pros and cons of a summer transfer?

Boosts a dull attack: United have been largely painful to watch since Sir Alex Ferguson retired — and they were hardly a thrill-a-minute counterattacking force under him during his final years. They were awful under Moyes and save for a quick spell in spring 2015 under Louis van Gaal, they were boring and predictable.

Bale can pierce through even the best teams in world football — his solo goal against Barcelona to win the 2014 Copa del Rey the best example — and he has pedigree in two of the best leagues in the world. For Tottenham, he shone in the Premier League in 2012-13, with only Liverpool’s Luis Suarez and Manchester United’s Robin van Persie outscoring him. And, despite his injury problems, he has still proven to be a success in La Liga.

United scored fewer goals than Bournemouth this season! Bale would walk into their attack and improve it tenfold.

Star appeal: We can talk about it all we want but football clubs see themselves as brands and United love to boast about their huge number of “followers“.

The club made a big song and dance — quite literally, given the musical collaboration with UK grime star Stormzy — when Paul Pogba returned for £89.3m in 2016. Pogba is front and centre in many of the club’s promotional activities and he even launched his own emoji this season. Although the less said about his performance while the emoji was displayed on boards across Old Trafford in a 1-1 draw with Liverpool in January, the better.

Signing Bale would be executive vice-chairman Ed Woodward’s dream. Woodward’s focus is boosting United’s commercial reach and landing big-name players to help grow their appeal. Taking Real Madrid’s most expensive player would be a boon for him: an upturn in fortunes on the field with Bale in full swing would certainly be met with a rise in commercial interest, engagement and cash off the pitch.

Just imagine the fun United’s money men could have talking up the new No. 11 — Bale taking the shirt made famous by his Welsh wing wizard predecessor, Ryan Giggs.

He’s at his peak: A player in Bale’s position is generally expected to peak in their late 20s and at 27, one third of Madrid’s “BBC” trident is now in his prime. He has matured from his raw days at Tottenham and shown he can adapt to a new league. With his experience, and scarcely believable haul of three Champions League trophies in four years, Bale can expect to hit even greater heights across the next few years.

Even someone like Pogba, 24, hasn’t reached his peak yet. Bale is as close to the finished article as you can get, besides the obvious, out-of-this-world talents like Cristiano Ronaldo, Lionel Messi et al.

The injuries: United and Bale have been beset by injury problems for years. At various points this season, Chris Smalling, Phil Jones, Marcos Rojo, Luke Shaw, Pogba, Henrikh Mkhitaryan, Juan Mata, Wayne Rooney and Zlatan Ibrahimovic have all spent significant periods on the sidelines. Their record with injuries is patchy at best, so something is going to have to change behind the scenes if Bale is to put his own woes behind him.

A quick rundown of Bale’s appearance statistics highlight the drawback in signing him:

Being absent for 87 matches across four seasons through assorted calf, back, knee and hamstring injuries is a poor record. Can United afford to spend more than £80m on a player that has proven unreliable in his ability to be available for selection?

Not the right fit: The club claim they cooled their interest in Antoine Griezmann because their priority is signing a No. 9 this summer. So why, therefore, should they prioritise the signing of an injury-prone forward/winger who doesn’t naturally fit the description of an out-and-out striker? It would still leave the scoring burden largely on the shoulders of Marcus Rashford and Anthony Martial. Both are supreme prospects but nothing more than that at this stage.

We all know what type of striker Jose Mourinho adores: from Diego Milito at Inter Milan, through to Didier Drogba (twice!) and Diego Costa at Chelsea, to Ibrahimovic at United, a pattern has emerged. Bale is not the burly, force of nature forward that Mourinho generally favours.

Bad luck with Galacticos: United’s big-name arrivals, either through a combination of transfer fee, reputation or both, have been very hit-and-miss since 2013, when Bale moved to Madrid. You can consider Juan Mata a success at £30.75m, while Martial, Pogba and Mkhitaryan have the talent and potential to justify their arrivals in the long term.

But Angel Di Maria was a complete failure at £59.7m, Bastian Schweinsteiger flopped following his arrival under Van Gaal, while Radamel Falcao struggled badly during his ill-fated loan season. Signing a “name” or splashing the cash doesn’t necessarily guarantee success on the pitch. It’s one thing buying a player with a world-renowned reputation, it’s another thing entirely ensuring the man fits the system.

Money better spent elsewhere: Given the travails of Smalling, Jones and Shaw, a conservative estimate is that United need at least one centre-back and one left-back this summer. In addition, someone is needed to help Pogba flourish in midfield, while a successor to Michael Carrick is required too despite the 35-year-old midfielder signing a contract extension for another year. With Ibrahimovic and Rooney expected to leave this summer, it’s too much to expect Rashford and Martial to propel United into title contention.

Big players and big positions need replacing and filling this summer. Spending a sizeable chunk of the transfer budget on Bale is not required,

Alex Shaw is General Editor at ESPN FC. He has written for national newspapers across the world for over 10 years. Twitter: @AlexShawESPN.