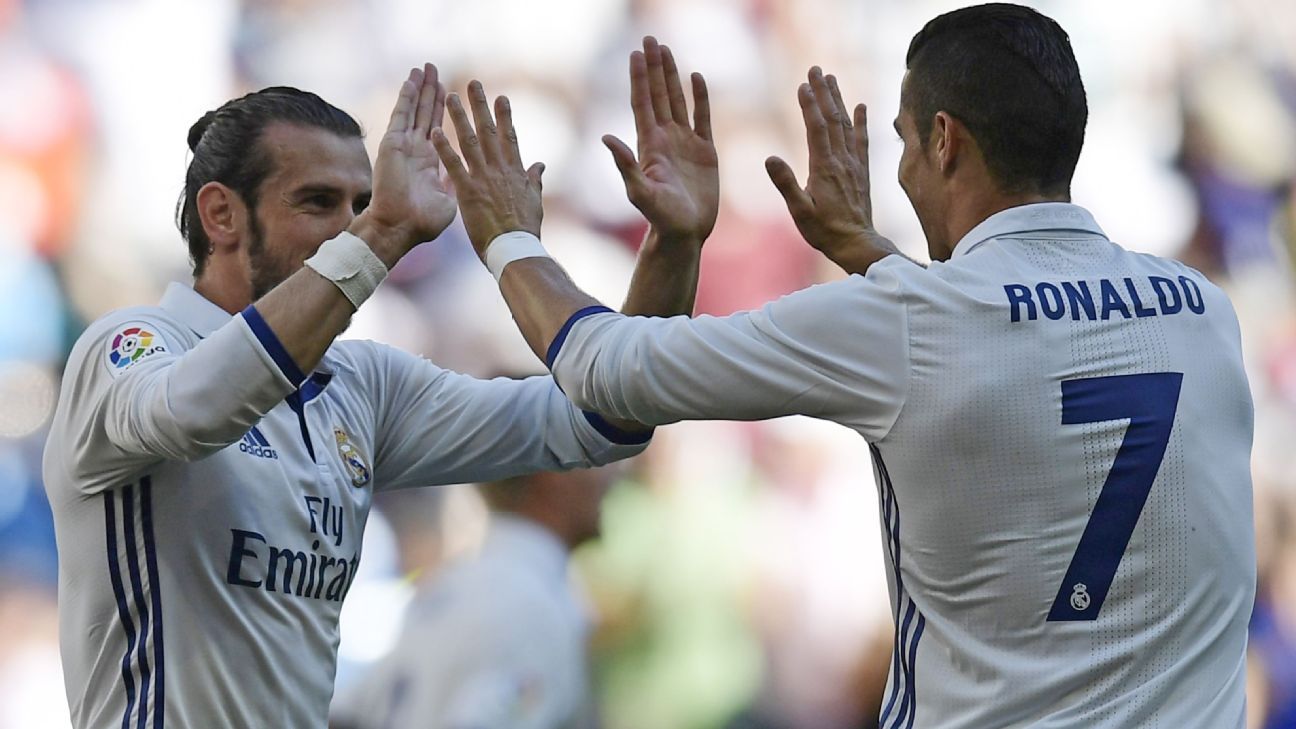 
Gareth Bale is starting for Real Madrid but Cristiano Ronaldo is on the bench for the UEFA Super Cup against Manchester United on Tuesday.

A day earlier, United manager Jose Mourinho said he would be tempted to try to sign Bale if Madrid coach Zinedine Zidane signalled the Welshman was not in his plans by leaving him out of the lineup.

But that has not turned out the be case, as Bale is in line to take the pitch in Skopje, Macedonia, as last season’s Champions League winners Madrid face Europa League winners United.

Ronaldo only returned to training with Madrid on Saturday after spending the summer apart from the club, but Zidane said on Monday that he was fit to play.

Bale starts alongside Isco and Karim Benzema, in front of Toni Kroos, Luka Modric and Casemiro in midfield for Madrid.

Mourinho has chosen to start Victor Lindelof and Chris Smalling after Eric Bailly and Phil Jones were both ruled out by suspension.

United appealed Jones’ UEFA ban on Tuesday, sources said, but the defender will still miss the Super Cup. He was handed a two-game ban after he was found guilty of abusing a doping control officer after the Europa League final.