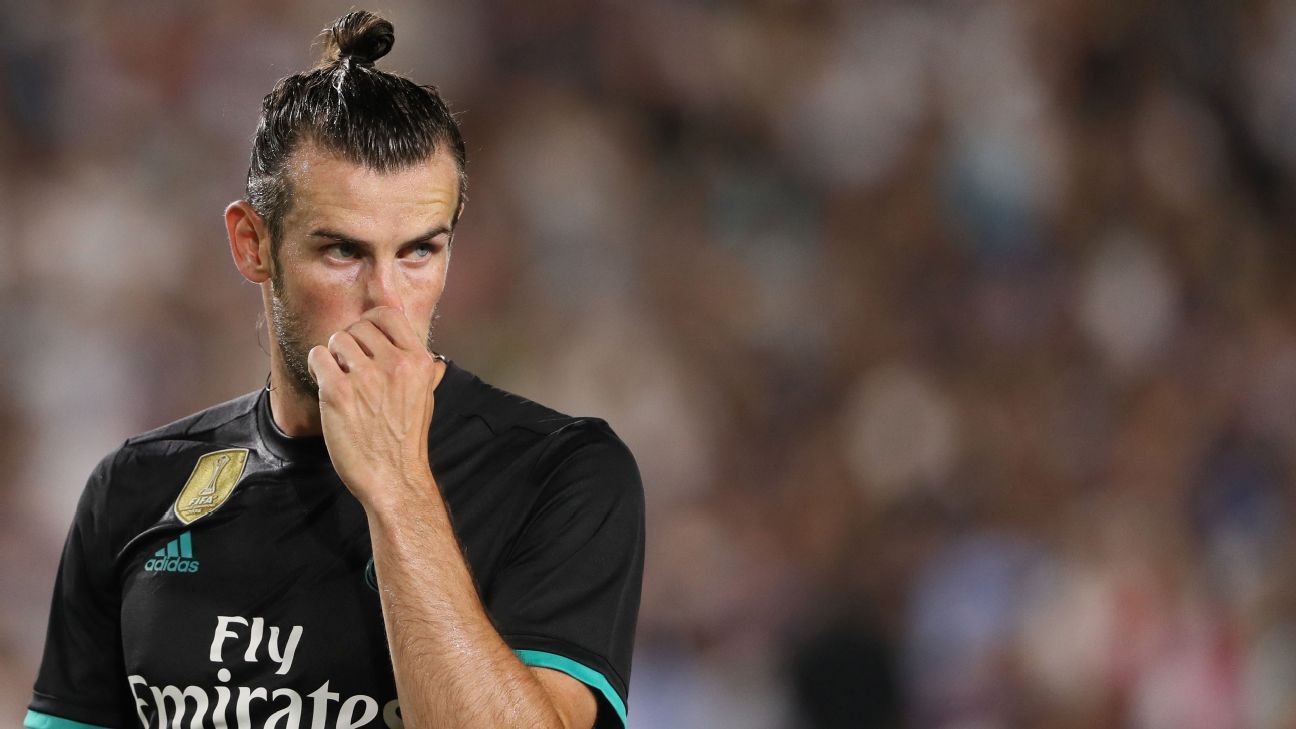 
Real Madrid coach Zinedine Zidane says Gareth Bale must accept occasional whistles from the Bernabeu crowd, but claims the winger’s mood has not been affected by criticism of his start to the 2016-17 campaign.

Bale was whistled as he was withdrawn early following a poor showing in the 2-2 La Liga draw with Valencia before the international break, and looks sure to face the Bernabeu crowd again in Saturday’s clash with Levante, especially as Cristiano Ronaldo is still serving a five-match domestic ban.

The Wales international could reportedly have left Madrid this summer, although Madrid president Florentino Perez has said he received no offers for him, while Bale has regularly maintained that he is happy in Spain and wants to continue winning trophies with the club.

Zidane told a news conference that nobody liked to be targeted by their own team’s fans, but the reality is that if Madrid do not win every game then such whistles are to be expected.

“No player is happy when he is whistled,” he said. “But I see [Bale] in good spirits. Not as bad as people say. Gareth is a very important player in the squad, and will do very well this season.

“There can be a game when he does not play well or the result is not what is required, but that is inevitable at Madrid, we cannot avoid that. We must get used to it, and try to win all the games.”

Zidane is expected to rotate his squad against Levante as Madrid begin a run of seven games in 22 days across La Liga and the Champions League.

South American contingent Keylor Navas, Marcelo and Casemiro could be rested following World Cup qualifying commitments, while recently injured centre-backs Raphael Varane and Jesus Vallejo are back in contention having trained with the squad on Friday.

“The best news we have is that we have not had any injury issues [during the international break], apart from something small with Dani Ceballos,” Zidane said. “That is the best news for a coach.”

Summer signing Theo Hernandez could come into the XI against a newly promoted Levante side, who, like Madrid, have four points from two games, with Zidane saying the young left-back is now up to speed with what is required at his new club.

“We are happy with Theo,” he said. “He is almost two months here working with us. And he is ready to play. Maybe tomorrow or maybe not. But he is training very well. We have 23 players and I must choose. We have seven games this month, and we will need them all.”

Zidane backed a call made by Perez for a shake-up in how La Liga referees are selected and managed.

“Everybody can improve in their job, the referees the same,” he said. “As a coach I can make mistakes too. The players train every day so that they improve. I agree with the president that things can be done better.”

Zidane also said he would like to see La Liga follow the Premier League in shutting the summer transfer window before the Spanish league season begins.

“Most people believe that the transfer market should close before the games start,” he said. “We should not be changing the team with the season already started. That is my opinion.”

With many in Madrid and Catalonia currently concerned with the issue of Catalan independence, Zidane was asked about the possible consequences for La Liga.