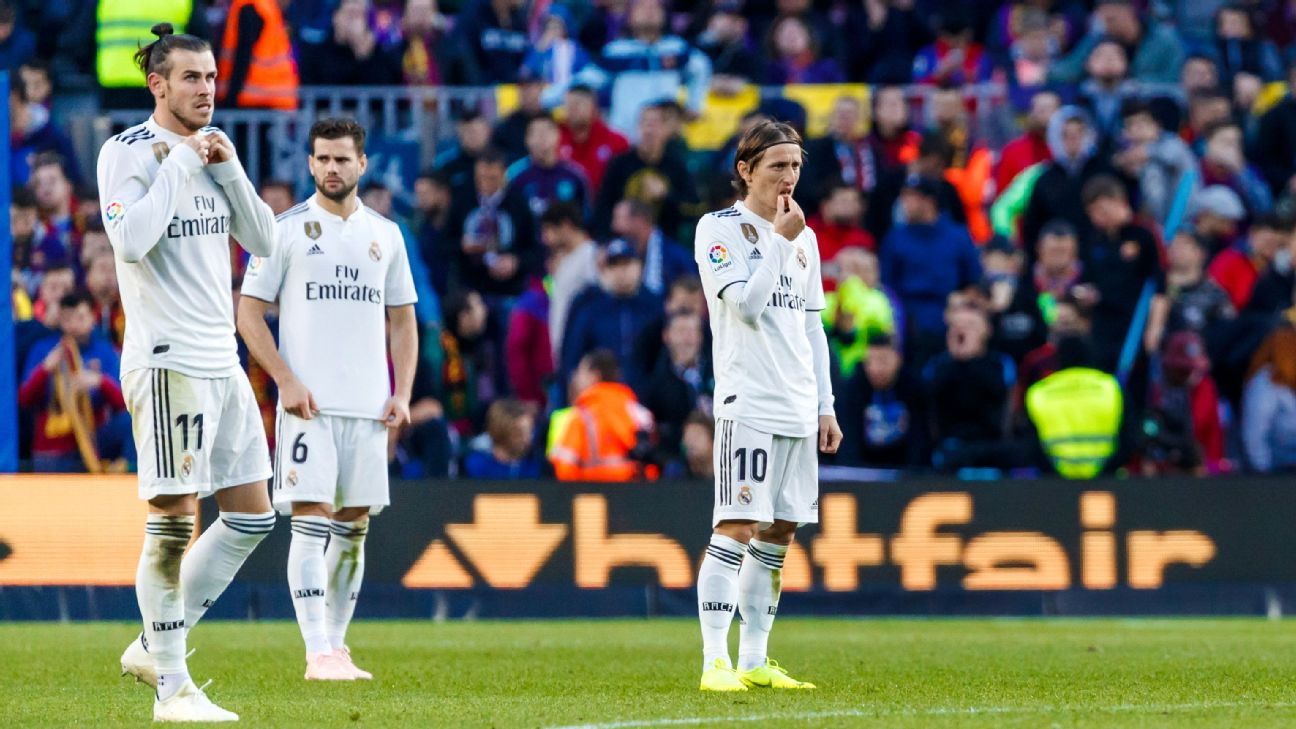 
Real Madrid interim coach Santi Solari has warned Gareth Bale and other underperforming stars their place in the team is under threat, and again refused to say whether he might keep the job long-term.

Solari’s predecessor Julen Lopetegui could only manage one point from the last 15 available in La Liga leading to him being sacked four months after being appointed.

Solari won his first game in charge — a 4-0 Copa del Rey victory against third tier Melilla — with a starting XI that included seven players aged 23 or under.

Ahead of the La Liga clash with Real Valladolid on Saturday, he told a news conference Madrid’s senior stars — who have won the Champions League in each of the last three seasons — must earn their place in his team.

“There are no automatic starters here, never,” he said. “There are always injuries, moments of form. All the players in the squad can be considered to start games. They are all very good, with different CVs, number of games played, experience, titles won. Each can bring something, the experienced players and the younger players.”

Bale was criticised in the aftermath of the 5-1 defeat against Barcelona, leading the Wales international’s agent Jon Barnett to angrily defend his client to ESPN FC.

“Bale is in the the spotlight,” Solari said of a player rested for the Copa game midweek. “We all want him to show his great quality in every game. He is a fantastic player and we want to enjoy him, in every game.”

Vinicius Junior’s excellent showing against Melilla has led to a local media campaign for the 18-year-old to keep his spot in the XI this weekend, with an online poll run by AS choosing Bale as the player to make way.

Solari would not be drawn on whether Vinicius would retain his starting place against Valladolid, but did say that the Brazilian needed game time in order to progress as a player.

“For me with Vinicius is simple — [he needs] time and to play,” Solari said. “He is still just 18, and experience is important for games. To get that experience he has to play. But this is a very normal process for a young player, who we can all see has such evident talent.”

With other candidates to succeed Lopetegui permanently including Antonio Conte and Roberto Martinez having faded out of the picture in recent days, Solari again declined to say whether he was interested in taking the job until the end of the season at least.

“I do not think about that, I just look to the next game,” the former Argentina international said. “That is all I can do, and all I must do. Just focus on that, the team too. Football is about that, the next game. It might seem a cliche, but it is the reality.”

The atmosphere around the club has changed hugely in just a few days, after weeks of increasing gloom during Lopetegui’s final weeks in charge.

“They are always objectives in football — to score goals, defend well, play well,” Solari said. “But to have joy, motivation and excitement are just as important as all that. We all know the ambition here [at Madrid], wanting to go for the game, to go for goal, to never give up, to make sacrifices. All the values this institution represents. That is why this club has won what it has won.”

Valladolid travel to the Bernabeu in sixth place in La Liga, two points and three places above Madrid, with the newly promoted team having thrived since ex-Madrid player and Solari’s one-time teammate Ronaldo Nazario bought the club last August.

“Valladolid are a very organised team, tactically and well trained,” Solari said. “They are doing very well, very high in the table, seven games without defeat, five wins, two draws. So it will be a very serious, very tough game.”

With defenders Dani Carvajal, Marcelo, Raphael Varane and Jesus Vallejo all still out injured, youngsters Alvaro Odriozola and Sergio Reguilon are likely to continue in the full-back roles on Saturday.