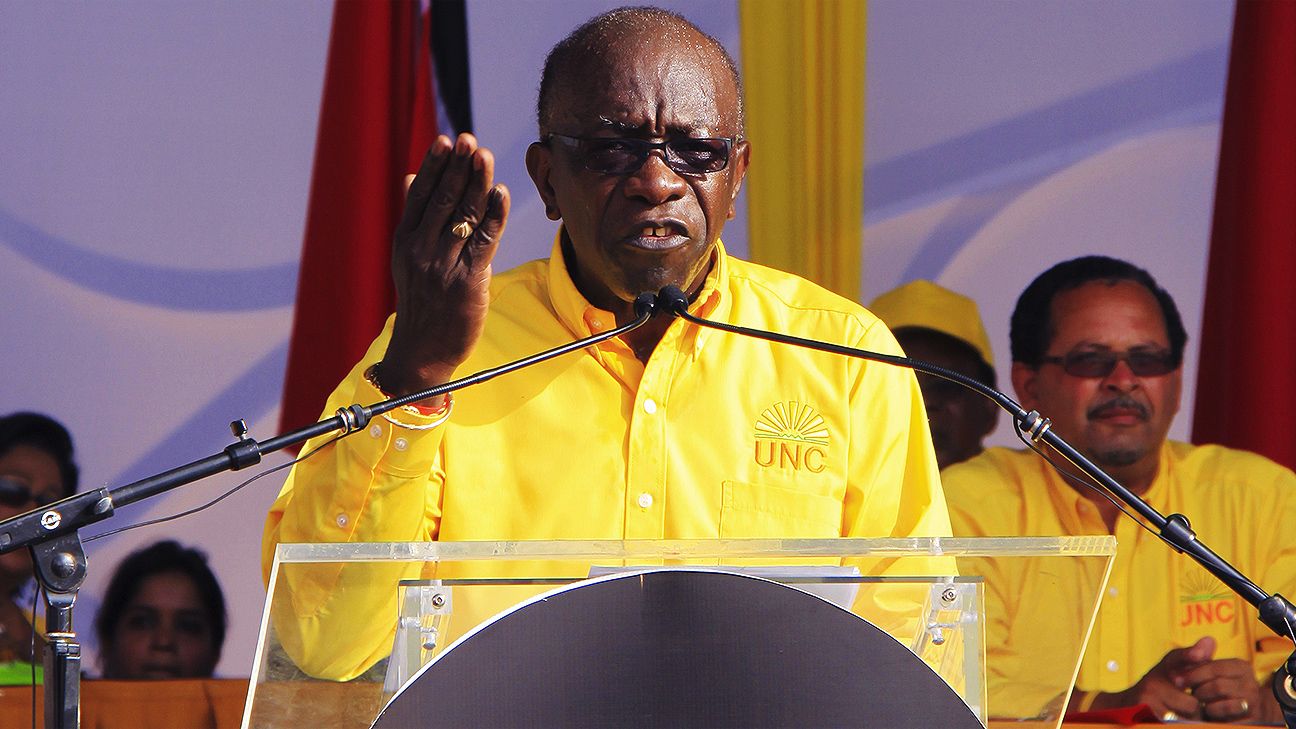 
The Garcia report into corruption in FIFA said the England 2018 World Cup bid team was found to have “accommodated or at least attempted to satisfy the improper request” of executive committee members, including former FIFA vice-president Jack Warner.

FIFA’s long-awaited report into the 2018 and 2022 World Cup bidding process was published by football’s world governing body on Tuesday.

The Football Association had lobbied to bring the World Cup to England in 2018 but was unsuccessful after being eliminated in the first round when receiving only two votes. The tournament went to Russia, while Qatar secured the 2022 finals, with both decisions reached on December 2, 2010.

According to the report produced by FIFA’s then-chief ethics investigator Michael Garcia in 2014, England 2018 “provided full and valuable co-operation in establishing the facts and circumstances of this case,” with witnesses made available for interview and documents produced on request.

However, the report also identified “conduct by England 2018 that may not have met the standards set out in the FCE [FIFA code of ethics] or the bid rules.”

It adds that the English bid team’s “culpability is mitigated by the fact that these issues were uncovered largely as a result of its co-operation.”

Warner had been a long-standing member of the FIFA executive committee, but became embroiled in corruption allegations before being provisionally suspended by the FIFA ethics committee, then subsequently arrested and charged in the United States as part of the FBI’s probe into money-laundering.

In 2015, Warner was banned from taking part in any football-related activity for life.

At the time the England 2018 bid was canvasing support, however, the influence of Warner was clear.

The FIFA report stated: “According to [England 2018] bid team CEO Andy Anson, Mr Warner was one of three executive committee members — along with Mohamed Bin Hammam and Issa Hayatou — who ‘had a disproportion[ate] amount of power in terms of voting. You know, they really did control blocks of votes, and so if you didn’t have them backing you, then you really didn’t have much of a bid in the first place.”‘

The report added: “Warner sought to exploit that perception of his power, showering England’s bid team with inappropriate requests. The bid team often accommodated his wishes, in apparent violation of bidding rules and the FIFA code of ethics.”

According to the report, which detailed email exchanges, Warner had asked then FA chairman Lord Triesman to help Richard Sebro, whom the official said he considered to be his “adopted son,” with employment opportunities as the bid team “also kept Mr Warner apprised of their efforts as they solicited his support.”

Sebro was eventually found a role at Premier League side Tottenham and then at Wembley, before later taking up a position at Aston Villa, again following intervention by Warner.

Further email exchanges from David Dein, the international president of England’s 2018 World Cup bid and former vice-chairman of Arsenal, to Warner were also revealed, and the Garcia report said: “England 2018 gave the appearance that it sought to confer a personal benefit on Mr Warner in order to influence his vote.”

The report also stated that Warner had asked England 2018 for “favours and benefits” related to a team he owned in Trinidad & Tobago, Joe Public Football Club.

The official using his status to obtain benefits was “evident to others,” the Garcia report concluded, highlighting attempts by the Jamaica Football Federation to ask for help in waiving a debt of some $215,000 (£168,000).

The report said: “England’s response to these improper demands — in at a minimum always seeking to satisfy them in some way — damaged the integrity of the ongoing bidding process.”

The Garcia report also criticised the England 2018 bid team and the Football Association, who sent a delegation to the CFU Congress in Trinidad & Tobago, for not bringing the communications from Warner to the Investigatory Chamber’s attention as examples of “a FIFA Executive Committee member exerting undue influence over a bidder.”

England 2018’s efforts to “curry favour” with Warner also extended to sponsoring a gala dinner for the CFU at its congress in Trinidad, which included undefined “tokens” for some £13,636 in a total bill of £35,608.70.

Warner was said to have made the request “knowing the pressure that England 2018 would be under to comply because of the ongoing bid.”

In conclusion, the Garcia report said: “In many cases England 2018 accommodated or at least attempted to satisfy the improper requests made by these Executive Committee members.

“While the bidding process itself, and the attitude of entitlement and expectation demonstrated by certain Executive Committee members in the exchanges… place the bid team in a difficult position, that fact does not excuse all of the conduct.”

The Garcia report also examined vote “collusion” involving Chung Mong-Joon of South Korea and Geoff Thompson, a FIFA vice-president who replaced Lord Triesman as Chairman of England 2018. It detailed a meeting at the Baur au Lac hotel in Zurich, with HRH Prince William, the FA’s president, and then British Prime Minister David Cameron.