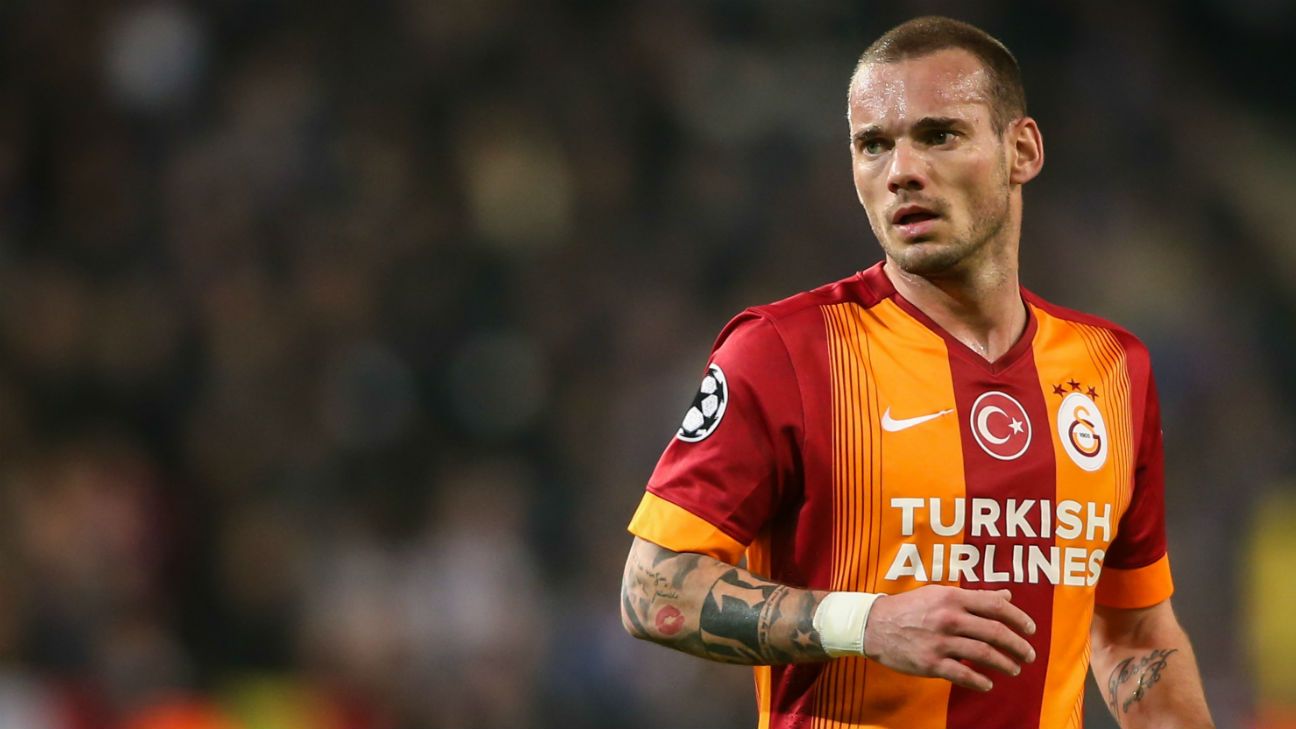 
Wesley Sneijder could be set to return to Serie A with his agent confirming that preliminary talks have been held with Sampdoria, who are keen on signing the former Inter Milan attacking midfielder.

Sneijder is still contracted to Turkish club Galatasaray for a year, but his agent Guido Albers says the 33-year-old would not be averse to another experience in Italian football.

“Nothing has been decided yet and as things stand, there was just that one meeting in Rome, which was [Samdporia’s] first approach,” he told TuttoMercatoWeb. “We are talking about a big club with a great history behind them. Wes loves Italy and it could be a possibility, but I repeat — there is no news at the moment.

“First of all, the player is going to finish his holidays and then he will return to Istanbul, and only then will we understand what Galatasaray want. We will talk to them and make a decision all together.

“If he does leave, I cannot deny that Serie A could be an option. Sneijder has some great memories of Italian football and all the fans appreciate him and remember him affectionately. He loves the country and Sampdoria would certainly be a great challenge for him.”

Los Angeles FC have also been linked with signing Sneijder, sources told ESPN FC, and would pay him $3.5 million (€3m) a season in a two-year deal.

Sneijder joined Inter from Real Madrid in 2009 and he helped the Nerazzurri win a Champions League, Serie A and Coppa Italia treble under Jose Mourinho in 2010. He moved to Galatasaray in 2013 and is entering into the final year of his contract with the Turkish club.

The Dutchman played 76 times in Serie A and scored 13 goals and Albers says if Sampdoria want him “they know where to find him” as he opens up to a return to Italy for his client, who is reportedly high up on the club’s summer shopping list.