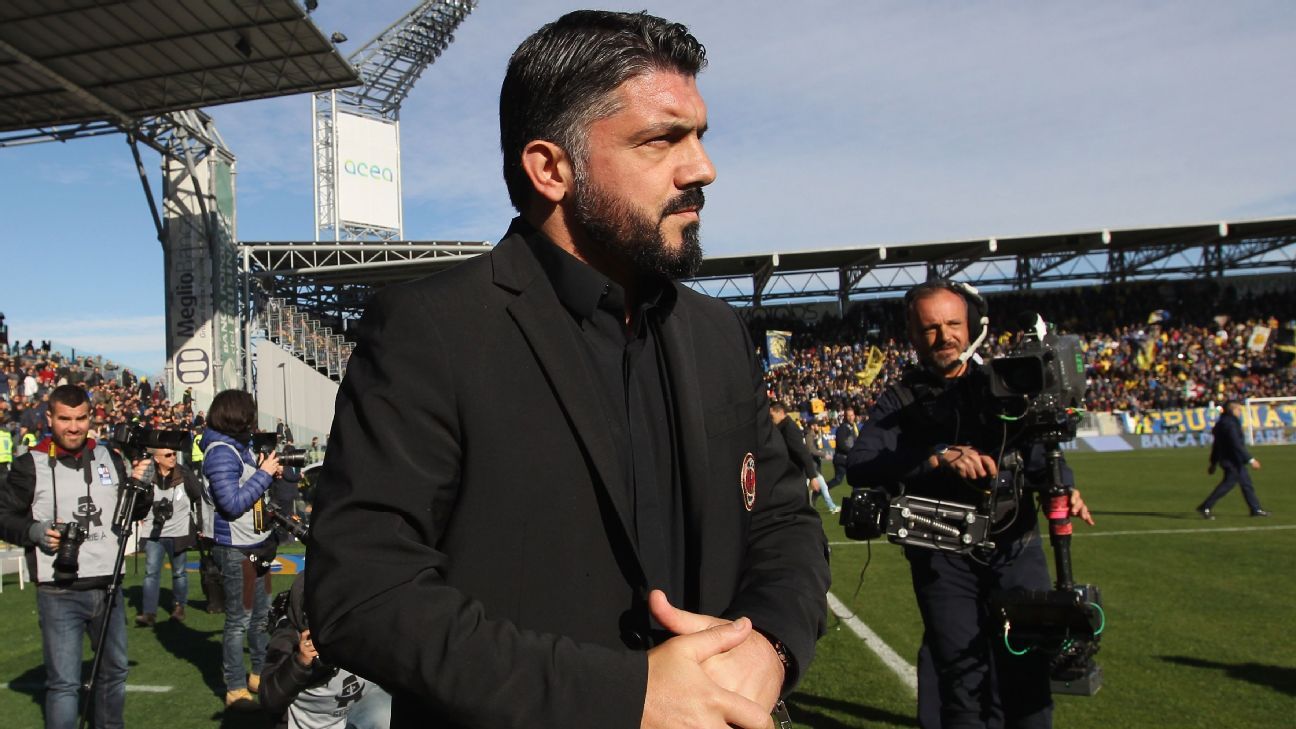 
AC Milan completed four Serie A games without scoring for the first time since 1984 as they were held 0-0 at next-to-bottom Frosinone.

Italian media reported that Gattuso could be fired during the winter break if his team do not improve.

Samu Castillejo hit the post for Milan while Frosinone, who have shipped 36 goals in 18 games, had a goal disallowed before halftime.

Camillo Ciano volleyed home from Raffaele Maiello’s pass but, following a VAR review, the referee ruled that Maiello had fouled Hakan Calhangolu as he won the ball in midfield.

In an end-to-end finale, Milan striker Gonzalo Higuain fired over the bar from 12 metres in stoppage time from Calhanoglu’s inviting pass as he completed his ninth game without scoring.

Goalkeeper Gianluigi Donnarumma came to Milan’s rescue with an excellent save from Ciano’s low drive.

Milan stayed fifth with 28 points but are in danger of being engulfed by a pack of teams just below them.

‘I bet Messi never has to deal with this’
Bayern Munich may need €100m for transfer of Leverkusen’s Florian Wirtz
Ellen Fokkema made Dutch history by playing for a men’s team
Man City eye move for Real Sociedad star Oyarzabal
Italy’s oldest club latest Serie A side to gain U.S. investment