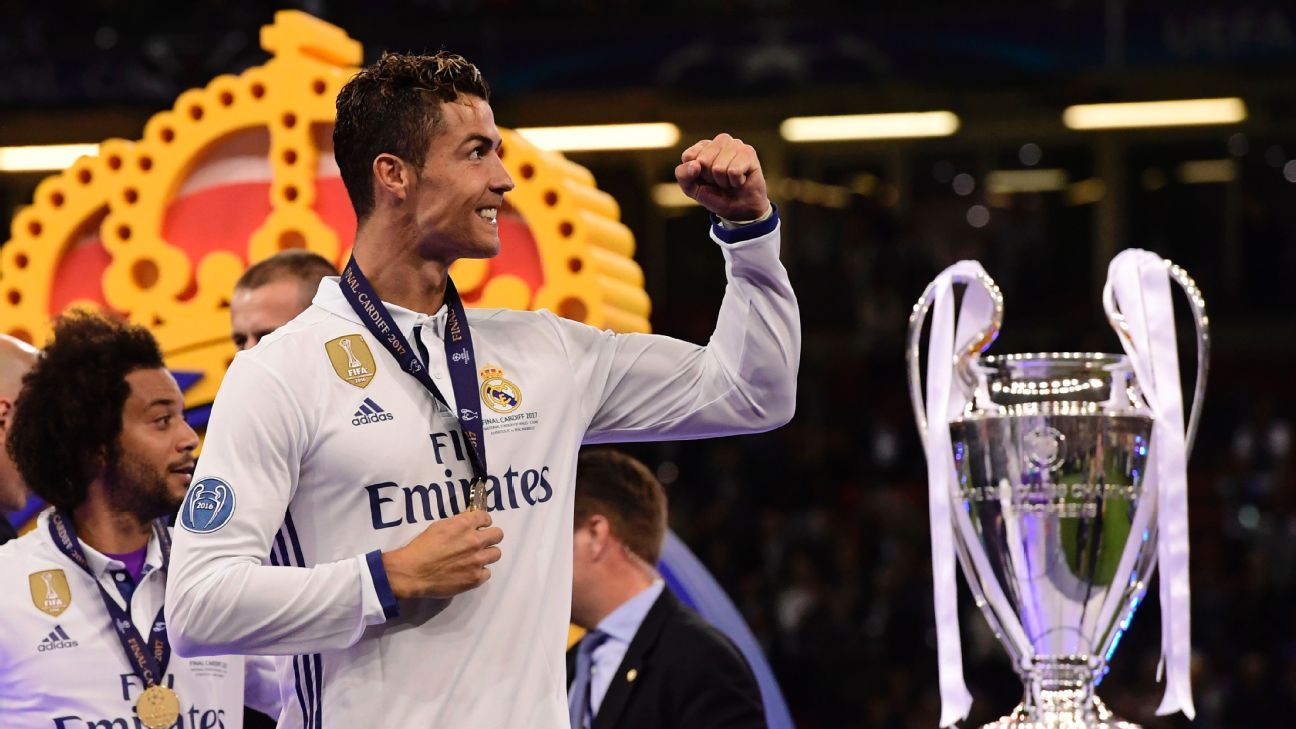 
The summer transfer window officially opens on July 1, with clubs across Europe searching for the talent to make them contenders in the 2017-18 season.

Some players will move for huge fees, others will look to re-launch their careers, while some head into this window aiming to secure one final big payday. ESPN FC has scoured the market to identify five different types of transfer target.

SUPERSTARS WHO WOULD CHANGE A TEAM

Cristiano Ronaldo: The Real Madrid forward’s future appears to be with the European champions, despite the recent speculation over his unhappiness at the Bernabeu and links with a return to Manchester United. He is arguably the world’s best, a global megastar, but until the 32-year-old breaks his silence and reveals what he intends to do, his situation remains in doubt.

Kylian Mbappe: Monaco’s 18-year-old winger is a superstar in the making and he is at the top of Real Madrid’s hit-list, with Arsenal, Liverpool, Manchester City and Paris Saint-Germain also strongly interested. If he moves, expect a world record transfer fee of over €100m.

Alexis Sanchez: The Chilean has just 12 months left on his Arsenal contract and shows little interest in signing a new deal after the Gunners missed out on the Champions League. Manchester City lead the chase, but Chelsea and Bayern Munich also want the forward who impressed at the Confederations Cup and scored 30 goals in 51 appearances last season.

Gareth Bale: Bale wants to stay at Real, but the emergence of Isco last season and the ongoing interest in Mbappe could ultimately force the Welshman out at the Bernabeu. If he is made available, Manchester United would be at the front of the queue to sign him.

David De Gea: Manchester United believe they can resist any attempts by Real Madrid to sign the Spain goalkeeper, but De Gea has remained silent on his future and a push by Real could force United’s hand and test their resolve.

STARS WHO NEED TO RE-LAUNCH THEIR CAREER

Riyad Mahrez: The Leicester winger dropped off the radar last season after inspiring the club to the Premier League title in 2015-16 being named the PFA Players’ Player of the Year. The Algeria international now wants to leave the King Power Stadium and has handed in a transfer request, with Arsenal and Barcelona keen.

Adnan Januzaj: Once billed as Manchester United’s next superstar, the 22-year-old is heading out of Old Trafford after a dismal loan spell at Sunderland last season. Hugely talented, but with a questionable work ethic, Januzaj looks to be heading to Spain with Real Sociedad.

Samir Nasri: Brilliant one day, hopelessly ineffective the next, but the Manchester City midfielder is only 30 and after impressing on loan at Sevilla last season, the Frenchman could be a great signing – or an expensive flop.

Alex Oxlade-Chamberlain: Contract talks with Arsenal have stalled and, with a year to go on his current deal, the England midfielder is ready to leave in order to kick-start his career. Liverpool have held a long-standing interest in the 23-year-old who has struggled to find his best position.

Jack Wilshere: Now 25, the Arsenal and England midfielder faces a career crossroads. Unwanted at Arsenal after a steady but unspectacular season-long loan at Bournemouth, Wilshere needs a move to reignite his career. But he also needs to show he can stay fit.

Zlatan Ibrahimovic: The 35-year-old is set to be out until January 2018 with a cruciate ligament injury, but after being released by Manchester United, the Swedish forward is determined to take on one last challenge at the highest level. There is interest from the MLS, but Ibrahimovic favours a move within Europe.

Lucas Leiva: Still only 30, the Brazilian midfielder is searching for a new club after coming to the end of his Liverpool contract. Versatile enough to play in central defence or midfield, Lucas is being pursued by Gremio and Trabzonspor.

Martin Caceres: The Uruguayan centre-back failed to impress during a six-month stint at Southampton last season, but he is only 30 and has a strong pedigree having played for Juventus, Sevilla and Barcelona. Caceres is likely to earn a move within Europe.

Zoran Tosic: Serbian winger Tosic is available on a free after seeing out his contract at CSKA Moscow. Formerly at Manchester United, the 30-year-old is attracting interest from Germany, Spain and Turkey.

John Terry: Released by Chelsea at the end of last season, the former England captain is assessing his options before choosing his next move. The 36-year-old is wanted by Aston Villa and Birmingham, but may also head to the Chinese Super League.

VETERANS WITH MORE TO PROVE

Wayne Rooney: At 31 and with a year to run on his Manchester United contract, Rooney faces an uncertain future at Old Trafford. United are willing to sell and Rooney will move for the right opportunity but offers have been thin on the ground. Everton and China are possible destinations.

Gael Clichy: Released by Manchester City at the end of last season, the 31-year-old former Arsenal full-back has yet to find a new club. Fenerbahce are ready to take the Frenchman to Turkey, but Clichy is holding out for a move in England, Spain or France.

Chris Smalling: Jose Mourinho is ready to listen to offers for the 27-year-old centre-back and Arsenal, West Ham and West Bromwich Albion are all considering a move for the England international who has fallen out of favour at United.

Carlos Tevez: Currently playing in China with Shanghai Shenhua on huge wages, the former Manchester United and Manchester City forward has admitted his unhappiness in Asia. He has a proven track record wherever he has played, so could yet return to Europe for one last hurrah if he doesn’t go back to Argentina.

PLAYERS WHO WOULD ENHANCE THEIR POSITION

Alvaro Morata: The 24-year-old Real Madrid forward is expected to join Manchester United after being edged out at the Bernabeu, but Chelsea could yet make a late move for the former Juventus hitman.

Romelu Lukaku: Every club in Europe is searching for a proven goal scorer and Lukaku is currently the leading option. Chelsea may have to pay Everton around £100m to re-sign the Belgian, with Manchester United also in the hunt for the 24-year-old.

Virgil van Dijk: Southampton are determined to hold onto the Netherlands centre-back, insisting even £60m won’t force them to sell, but Liverpool, Chelsea and Manchester City are all interested in the former Celtic defender.

Leonardo Bonucci: The 30-year-old Juventus centre-back is one of the world’s best defenders and his durability and determination are why Manchester City and Chelsea both want to lure him from the Turin giants. Chelsea are favourites to win the race though.

Nemanja Matic: Holding midfielders have become a prized commodity and Manchester United need one to anchor their midfield. Mourinho is set to miss out on Monaco’s Tiemoue Bakayoko to Chelsea, but the Frenchman’s move to Stamford Bridge should unlock the door for United to sign Matic.