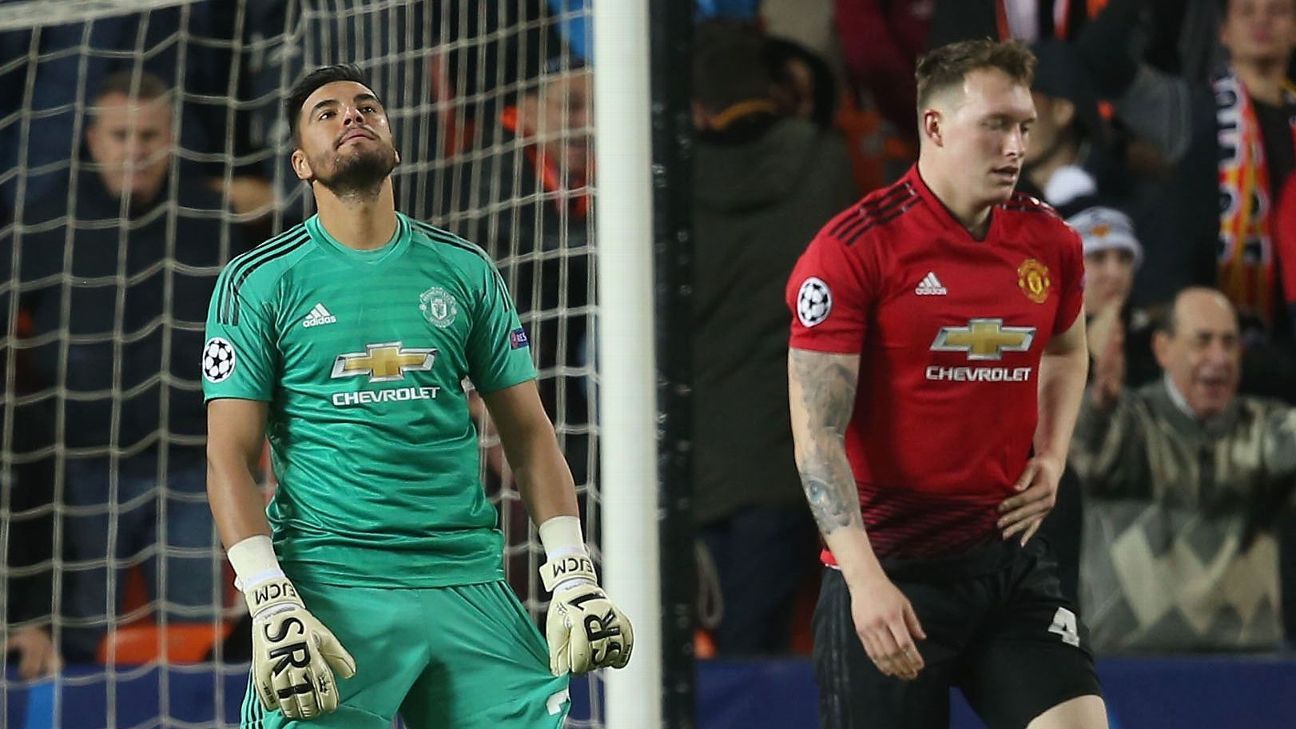 
Manchester United missed the opportunity to top Group H with a miserable defeat to Valencia.

Juventus’ surprise 2-1 defeat against Young Boys in Switzerland meant United would have topped the group with a victory in Spain but they were second best against a team who are currently 15th in La Liga.

Substitute Marcus Rashford provided the only highlight after Carlos Soler strike and a Phil Jones own goal had seen United go 2-0 down for the seventh time in 23 games this season.

There was little for manager Jose Mourinho to be happy about ahead of a rivalry clash with Liverpool.

Marcus Rashford did more as a substitute in the last 30 minutes than most his teammates managed in 90. Everything sped up as soon as he was introduced and he deserved his goal, even if it was just a consolation. He deserves to start against Liverpool at Anfield on Sunday.

United were poor for 85 minutes and were lucky Valencia didn’t score more. With United already through, It was a chance for players like Paul Pogba and Romelu Lukaku to make a case to win back their places in the first team but they didn’t do enough and it was a miserable night in Spain overall.

5 — The United manager made eight changes as he kept one eye on Liverpool at the weekend and he will be thankful to get through the game without adding to his injury list. He should, though, be frustrated that his team could not take advantage of Juventus’ slip-up in Switzerland to finish top of Group H.

GK Sergio Romero, 5 — Given his second start of the season with David De Gea rested, the Argentine played his part in Phil Jones’ own goal by rushing out to the edge of his penalty area.

DF Antonio Valencia, 5 — Handed only his second start since the start of October, he was booked early on for a late challenge on Toni Lato and was lucky his didn’t pick up a second after the break.

DF Marcos Rojo, 5 — Looked uncomfortable at left-back but also didn’t get a lot of protection from Andreas Pereira in front. Replaced by Ashley Young at half-time even though he is likely to start at Anfield.

DF Phil Jones, 5 — Unlucky that his clearance fell to Soler to give Valencia the lead and his fortune didn’t improve in the second half when he managed to poke the ball past Sergio Romero to put Valencia 2-0 up.

DF Eric Bailly, 6 — Not a night for United defenders but the Ivorian was the best of the bunch. Made a case to play at Anfield where he has played well before.

MF Marouane Fellaini, 5 — Caught out on the left during the build up to Valencia’s opener. Effective in both boxes but not suited to the holding midfielder role.

MF Fred, 4 — Not easy to come into a makeshift team with little to play for but the Brazilian did nothing to suggest he will be anywhere near the XI Mourinho picks at Anfield. Damning for United’s biggest summer signing.

MF Paul Pogba, 5 — After two games on the bench all eyes were on the Frenchman but aside from one or two nice touches it wasn’t a performance that will have forced him into the team to play Liverpool.

FW Andreas Pereira, 5 — Starting a game for the first time since August but was asked to play on the left wing rather than in midfield. Couldn’t made much impact apart from one long-range shot.

FW Juan Mata, 6 — Back on his old stomping ground, he was at the centre of most of the good things United did, although there were not many.

FW Romelu Lukaku, 5 — Made some good runs that were not spotted by teammates but was also guilty of losing the ball when it was played into his feet. Still waiting for a first Champions League goal this season.

DF Ashley Young, 6 — Positive display after coming on for Rojo.

FW Marcus Rashford, 8 — Added energy to a dire team performance and got his reward in a late consolation goal.

MF Jesse Lingard, 6 — Contributed to the late revival but it was too late by then.