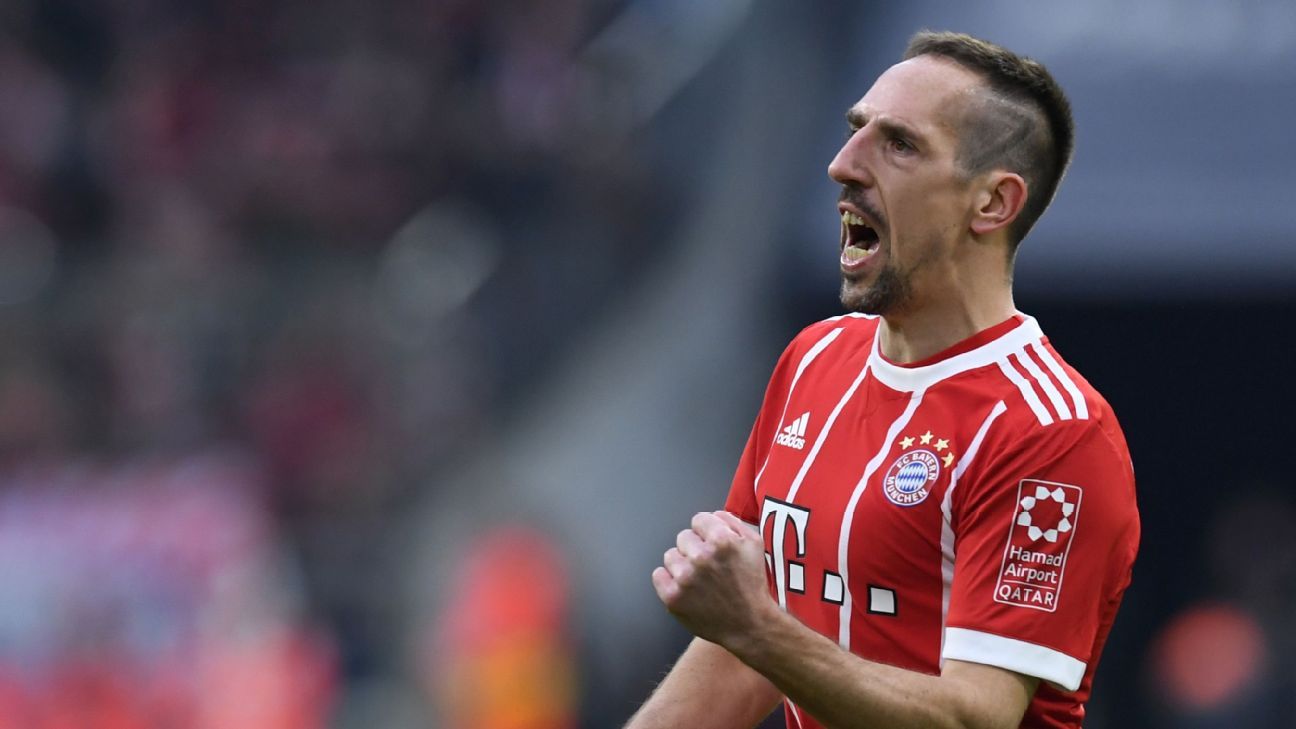 
Franck Ribery has extended his Bayern Munich contract until summer 2019, the club have announced.

Ribery, Bayern’s longest-serving player, joined from Marseille in 2007 and will play for the club for a 12th season.

“I’m very happy to play another year at this great club,” Ribery said in a statement. “By now, Munich has become a home for me and my family and I am very proud that I’ll be wearing a Bayern shirt next season.”

The 35-year-old’s previous deal had been due to expire at the end of the season but it had been widely expected that an extension would be agreed.

He has played in 247 Bundesliga games, scoring 80 goals, and is the only foreign player to win the league eight times, joining club legends Oliver Kahn, Philipp Lahm, Mehmet Scholl and Bastian Schweinsteiger.

“We are delighted that Franck is staying on,” Bayern sporting director Hasan Salihamidzic said. “Franck has shown this season once again in the Bundesliga, Champions League and DFB Pokal his great quality and the outstanding performances he is capable of. Furthermore, he is one of our fans’ favourites.”

Earlier this month, coach Jupp Heynckes praised Ribery and said he has a “special relationship” with the former France international.

Proud to announce, I just signed a contract until 2019 with @FCBayern!

Let’s work hard to make this time another glorious chapter in the story of the best club in the world! ❤🙌🏼🙏🏼 #MiaSanMia #Ribéry2019 #fr7👑 pic.twitter.com/wTQ6adTEnK

“Franck and I have developed a special relationship right from the start,” Heynckes said. “I know what makes him tick and how to handle him. He’s a human being who values fairness above all else.”

Ribery said in March that he would consider a move to a Major League Soccer or Chinese Super League club once his time with Bayern ends.

He was named UEFA’s Best Player in Europe in 2013, when he won the Champions League with Bayern against Borussia Dortmund at Wembley.