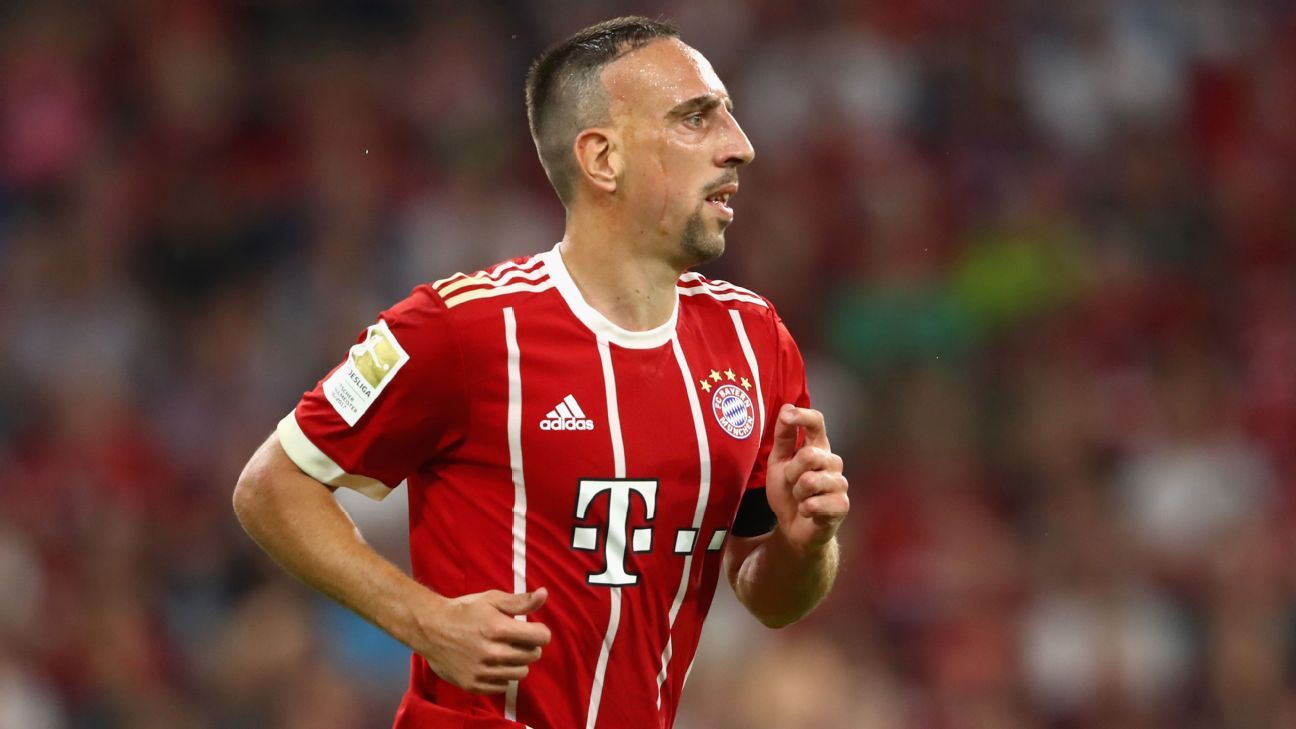 
Franck Ribery hopes to end his career at Bayern Munich — and win the Champions League one more time before he hangs up his boots.

Despite missing several matches through injury last season, Ribery still scored five goals and set up a further 17 in 31 appearances across all competitions.

This term the 34-year-old has been in fine form so far, starting all three competitive matches. And Ribery believes Douglas Costa’s exit to Juventus, and the decision not to bring in a replacement, is a vote of confidence for him and Arjen Robben as wingers.

“[Bayern] just know: Ribery and Robben are still top, are still fit,” Ribery told Bild. “If the coach has the feeling that we are still important, why would you need other players? But the decision’s not solely down to me. It’s also the bosses’ call.

“I always want to play. I am always hungry, I always want to win. But I know by now that I sometimes need a break. I can understand being benched after three or four games.”

Last season, Bayern coach Carlo Ancelotti compared Ribery to a highly tuned Ferrari to explain why he can’t pick him every week and praised his Italian boss.

“He’s a big coach. We have a good relationship,” Ribery said. “We are straightforward. If we have to talk, we talk. Calm, normal. If he wants to tell me that he wants to bench me the next day, he approaches me.

“I don’t need a coach telling me that I am the best all of the time. I know when I’ve not played that well. But I need that good relationship.”

Having played under Jurgen Klinsmann, Louis van Gaal, Jupp Heynckes, Pep Guardiola and now Ancelotti during his 10 seasons at Bayern, Ribery has built a good relationship with the hierarchy, especially president Uli Hoeness, who Ribery knows will ultimately decide when he leaves.

“I want to win the Champions League once again. That is my dream. That is my adrenaline, my motivation,” Ribery said, adding that he has not thought about whether winning Europe’s biggest competition would also put an end to his career with one year left on his deal at Bayern.

“I can’t say if that’s my last season. I am fit and healthy. I can play two, three more years. I love football. I don’t want to sit at home, I want to play.

For now, Ribery remains relaxed about his situation. He said: “There’s still time. Uli Hoeness and [CEO] Karl-Heinz Rummenigge have a lot of experience, they see how well I play.”