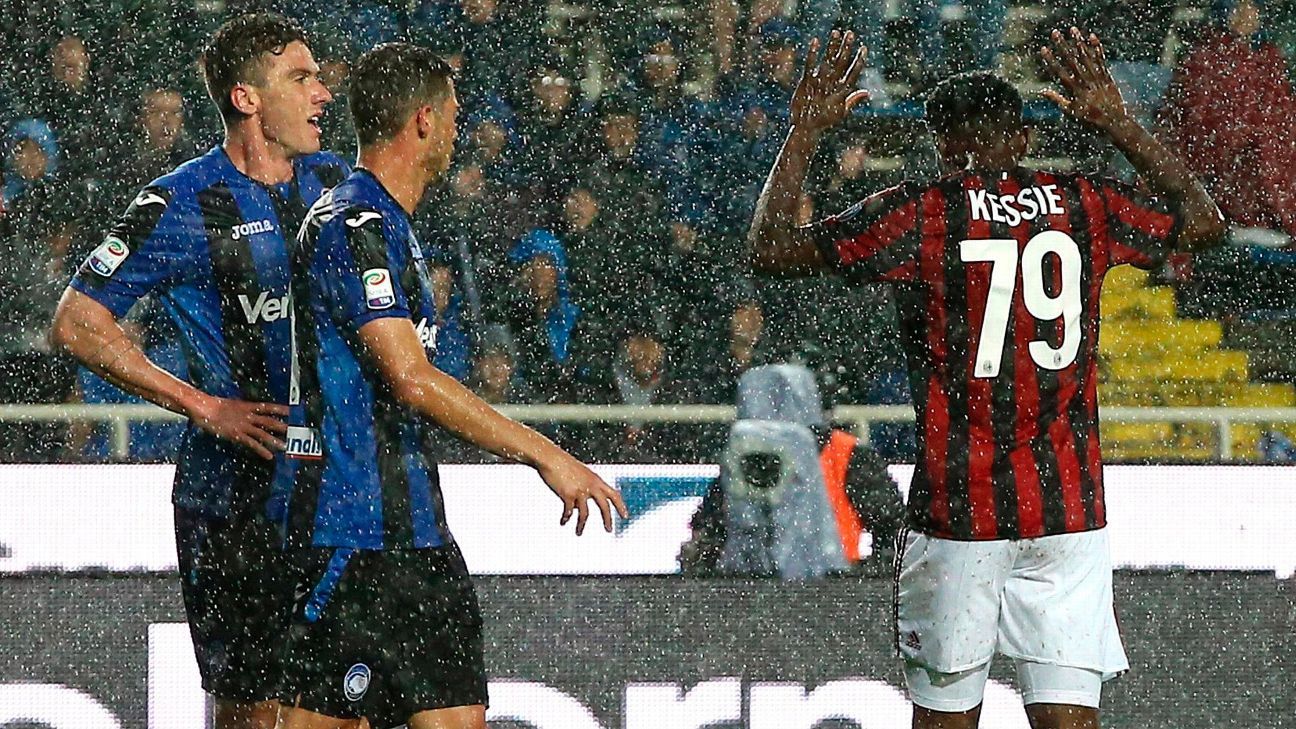 
AC Milan conceded an injury-time equaliser in Bergamo on Sunday evening as Atalanta held them to a 1-1 draw. Franck Kessie’s strike appeared to have secured sixth place and direction qualification to the Europa League group stage, but the Rossoneri may now need a result against Fiorentina on the last day of the season to be certain of avoiding the qualifiers.

It wasn’t a great performance from the visitors, but the win appeared to be secured. Kessie’s goal was certainly the highlight of a poor game, and Milan were digging deep to hold on for all three points.

Bryan Cristante and Mattia Caldara both missed great chances for the home side, and so in reality, Milan were lucky to come away with a point. There were far too many average performances, and that made it a much more difficult game.

6 — Gennaro Gattuso managed the game quite well and got a positive reaction from his players after the humbling in midweek at the hands of Juventus in the Coppa Italia final. However, his faith in some players is misplaced, and he needs to consider alternatives more often.

GK Gianluigi Donnarumma, 5 — Similarly to Wednesday night, the youngster was producing some important saves and was decisive. However, the warning signs were there as he pushed efforts back out into dangerous areas and ultimately he made another costly error as he should have kept Andrea Masiello’s equaliser out.

DF Ignazio Abate, 4 — Struggled throughout the game with Atalanta’s pace, specifically Alejandro Gomez getting in behind down Milan’s right flank. Lost Masiello for the equaliser and so gets marked down accordingly.

DF Leonardo Bonucci, 6 — The Milan captain defended resolutely to keep things tight at the back for the most part. However, his distribution wasn’t accurate enough as he’s certainly needed to build from the back.

DF Alessio Romagnoli, 7 — Great performance from the centre-half as he was switched on at all times. Resulted in countless interceptions and successful tackles. Rarely put a foot wrong as he returned to top form.

DF Ricardo Rodriguez, 6 — Put himself on the line with some crucial blocks in a scramble in the box in the first half. Defended well throughout as he was seemingly asked to play deep to avoid being caught out with pace down his flank which ensured he didn’t cause much of a threat going forward.

MF Franck Kessie, 7 — Produced an impressive performance as he used his physicality and mobility to help Milan contest the midfield battle. Brilliant strike to give his side the lead, and overall, he can be pleased with his individual display.

MF Lucas Biglia, 6 — Perhaps a trend is developing when Biglia isn’t on the pitch as after he was forced off, Milan looked a little more vulnerable. After a spell out injured, he showed all the usual important characteristics to provide a defensive shield in front of the backline and help his side maintain control on the tempo of the game.

MF Giacomo Bonaventura, 6 — Need to see more of it, but when Bonaventura is looking for openings on the ball and making runs off it, he adds a fundamental dynamic to Milan’s attack. Looked dangerous at times and caught the eye with some link up play.

FW Suso, 5 — Not finding any rhythm in his play as he looks as though he needs the end of the season to recharge the batteries. Rarely accurate in crucial situations and certainly became more anonymous as the game went on before being replaced.

FW Nikola Kalinic, 5 — Showed glimpses of good hold up play to link things up and provided a presence up top, but it’s not enough as an attacking threat. Drops too deep to become involved, and doesn’t have the individual quality or flair to make something happen for Milan.

FW Hakan Calhanoglu, 5 — Particularly if compared to his recent performances, he wasn’t anywhere near influential enough on this occasion. Tried to make things happen at times, but wasn’t accurate and struggled to have a positive impact on the encounter.

MF Riccardo Montolivo, 4 — Came on to do a job in front of the defence in place of Biglia at half-time. Was tidy for the most part but then ruined his evening after being sent off which left his teammates vulnerable to an equaliser with both sides down to 10 men.

MF Manuel Locatelli, N/A — Arguably should of come on instead of Montolivo, but in truth, his performance didn’t warrant it when he was eventually introduced.

MF Fabio Borini, N/A — Limited opportunity in the closing stages to impress, but showed his usual work rate while picking up a yellow card which will earn him a suspension.