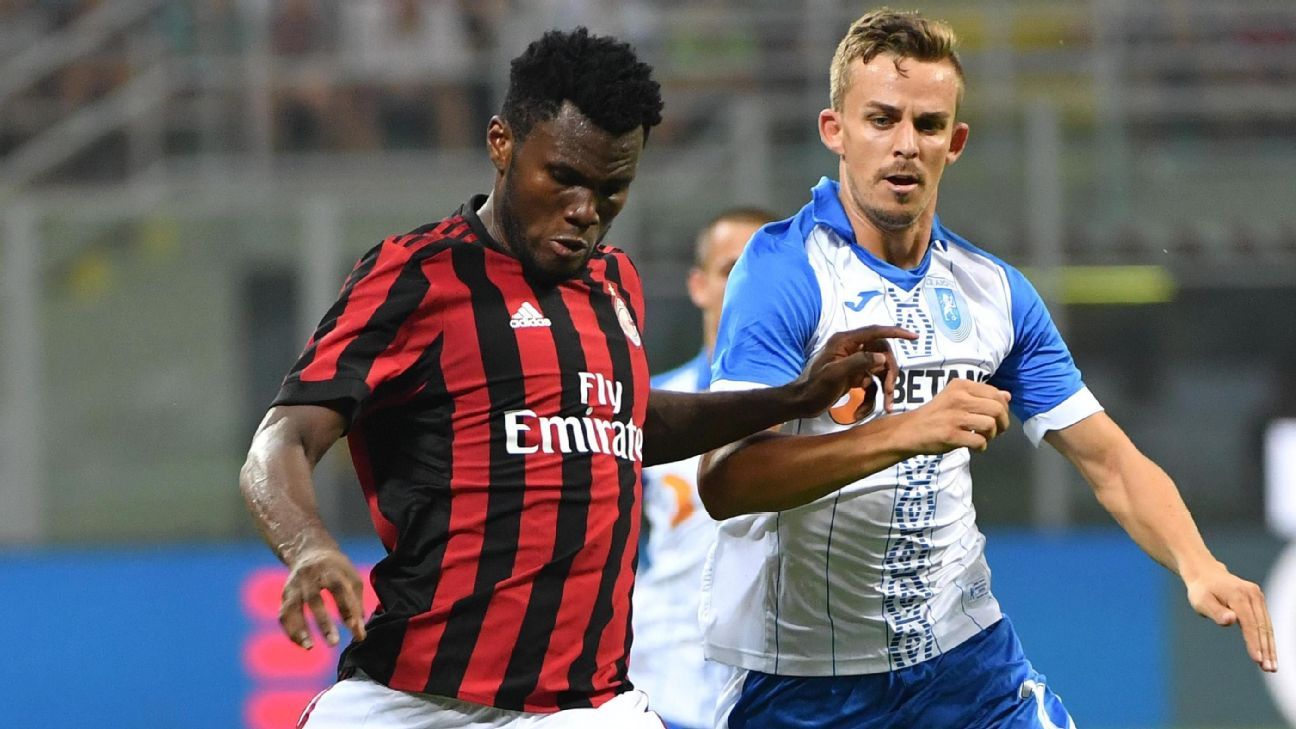 
AC Milan booked their place in the Europa League qualification playoffs with a 2-0 win over Universitatea Craiova on Thursday night, advancing 3-0 on aggregate. With 65,763 in attendance at the San Siro, a superb turnout given the game in question, goals from Giacomo Bonaventura and Patrick Cutrone sealed a well-deserved win in an impressive display from the Rossoneri.

Milan produced a really positive performance, as they were calm, composed and quick on the ball to showcase their superior technical quality. It led to some great build-up play as it looks as though they’ll be playing an exciting brand of football this season, albeit with much tougher opposition to come.

Given that they were in control for the majority of the game, perhaps the only slightly harsh criticism is that they didn’t build a bigger lead as they had chances to make it a much more comfortable scoreline.

8 — Vincenzo Montella is still limited with certain individuals missing or lacking fitness, but he managed the game well with his changes. Milan were set up perfectly to dictate proceedings, and his tactical plan worked to restrict Craiova’s threat too.

GK Gianluigi Donnarumma, 7 — As seen last season, the 18-year-old has a habit of making decisive saves. He had a very quiet night, but he produced a crucial stop in the first half to deny Craiova an all-important away goal. It was also great to see him receive a positive reception from the supporters.

DF Andrea Conti, 7 — An all-action performance from the summer recruit, as he was constantly up and down the right flank. Produced some excellent defensive moments, and while he showed what he can offer from an attacking perspective, he is still perhaps lacking a little match sharpness.

DF Cristian Zapata, 7 — Handed the captain’s armband, and in turn put in a solid shift. There were a couple of shaky moments, but overall a decent performance.

DF Mateo Musacchio, 8 — Time will tell how the defence is set up when Leonardo Bonucci and Alessio Romagnoli are involved, but Musacchio has quickly established himself as a key figure in the backline. Assertive and quick-thinking defensively, he was brilliant in building play from the back too.

DF Ricardo Rodriguez, 7 — Superb delivery for Cutrone’s goal, matched by some excellent attacking play as he almost got on the scoresheet himself. Arguably a couple of warning signs defensively, but another encouraging outing for the Swiss international.

MF Franck Kessie, 8 — It was another brilliant performance from the combative ace, as he continues to dominate in midfield. Produced a stunning finish only to see his effort ruled out, but he still stood out as a star performer with his energy and ability to contribute defensively and break forward.

MF Manuel Locatelli, 7 — After criticising Riccardo Montolivo last week, it was a real boost to see Locatelli start. He didn’t disappoint, as although he perhaps kept it too simple in the first half, he was key in dictating the game and making Milan tick, ending with 93 percent pass completion in an influential performance.

MF Giacomo Bonaventura, 8 — A well-deserved standing ovation when replaced, as aside from his goal, Bonaventura dazzled with his creativity and attacking threat in breaking forward with intent. Pressed aggressively throughout and was tireless off the ball in another crucial display.

FW Suso, 7 — Given that this was his first game of the summer, it was great to see the Suso from the first half of last season back in action. Naturally, will still improve significantly with playing time, but his quality on the ball was key in helping Milan constantly probe for a breakthrough.

FW Patrick Cutrone, 7 — Took his goal well to continue what has been a memorable summer for him. The youngster has proven that he deserves to be given a role this season, showing clever movement and smart play beyond his years to go along with wonderful commitment and passion.

FW M’Baye Niang, 6 — Worked hard for the team and showed glimpses of his quality, but given the opposition in particular, more was expected. The San Siro crowd made their displeasure known late on too as he continues to struggle to convince.

MF Hakan Calhanoglu, 7 — Delighted the home supporters with some great individual play and almost bagged an assist. Will add much-needed flair to this side as he continues to build up his match fitness.

FW Andre Silva, N/A — The Portuguese forward received some unnecessary criticism from some quarters last week, and it’s far too soon to judge him. A much better cameo appearance this time round, and he will only get better.

FW Fabio Borini, N/A — Not a lot of time to make an impression, but will be an important squad player this season.