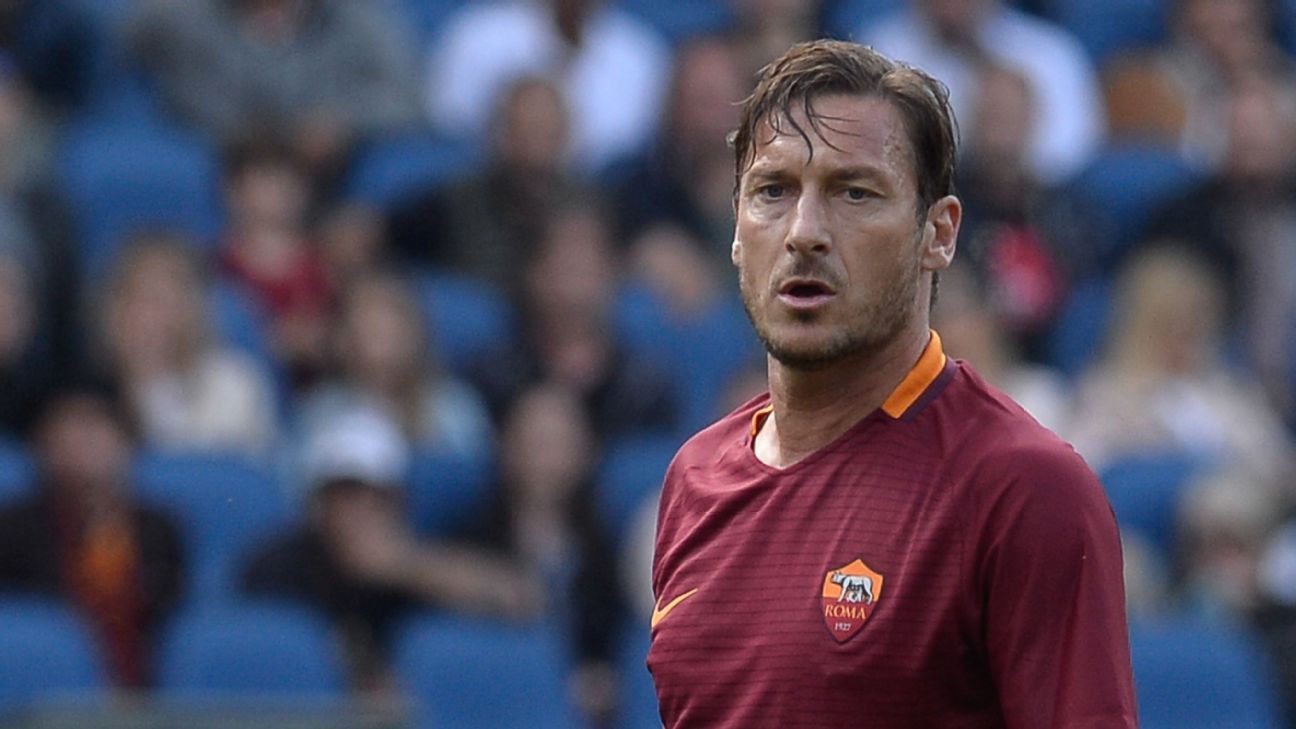 
Francesco Totti will choose between Tokyo Verdy or a return to Roma, ruling out a move to Major League Soccer, according to the Japanese club’s president.

Hideyuki Hanyu, from the J2 club, says the former Italy international is likely to make his “serious” decision in the next few days.

“I’m currently hearing from the agent that there are only two options now for Totti, either to stay at Roma or play at Verdy. No options in America now,” Hanyu told reporters after Tokyo Verdy drew 1-1 with Fagiano Okayama in a league game.

“There was an offer from Miami and LA, I heard, but I’ve been told they would not happen.”

Totti closed the curtain on his 25-year career with Roma at the end of last season.

New Roma coach Eusebio Di Francesco believes that Totti will accept a director’s role at the three-time Serie A champions, but Hanyu is hopeful of enticing the veteran forward to Japan.

“I also hear that there are a lot of voices from fans saying, ‘Totti should finish at Rome’ and so, Totti is wanting to make decision on his own,” Hanyu said.

“He might go to travel on his own and decide on his own. He must be really thinking seriously about this.”

Totti could make his Tokyo Verdy debut at home Kamatamare Sanuki on July 22 — if he could be persuaded to accept their lucrative terms.

“We would not offer to him if we have a problem with money,” Hanyu said

“Also, we would not buy another player because Totti is special. I’ll speak out ASAP if this happens. Potentially he can play from the 22nd if it happens.”

Just past the half-way mark of the season, Tokyo Verdy are fifth in the J2 standings, nine points adrift of leaders Shonan Bellmare.