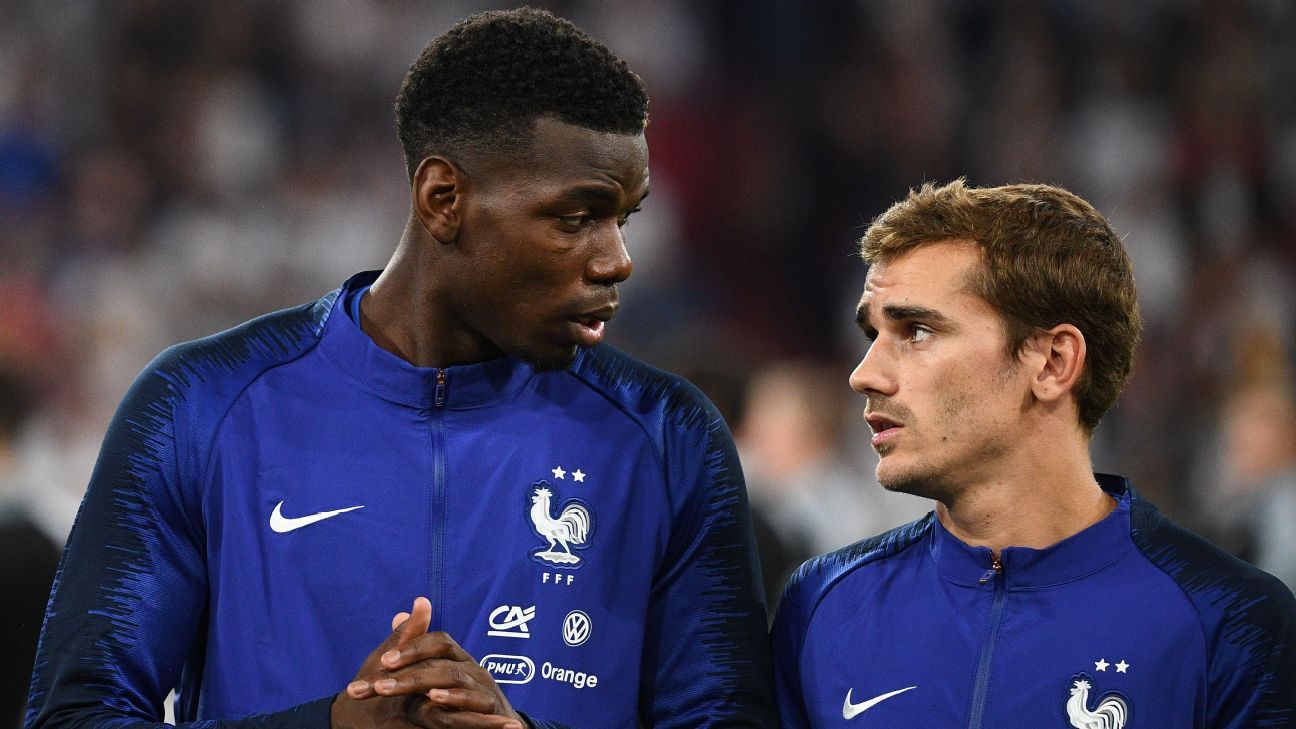 
France midfielder Paul Pogba has urged Antoine Griezmann not to dwell on missing out on winning The Best FIFA Player of the Year award.

Despite lifting the World Cup with his country and the Europa League with Atletico Madrid, Griezmann, 27, was not among the finalists for this year’s prize, leading him to claim he deserved to be in the top three.

Instead, Juventus star Cristiano Ronaldo, Real Madrid midfielder Luka Modric or Liverpool forward Mohamed Salah will claim the honour on Sept. 24. The Manchester United midfielder said that Griezmann and fellow France attacker Kylian Mbappe should concentrate on maintaining their good form in order to be in the running for the prize in future.

“I already spoke with ‘Grizou’ about the [FIFA award],” Pogba told reporters after France’s 0-0 draw with Germany in Munich on Thursday.

“For him, he needs to continue what he’s doing. He shouldn’t think about it and it will come all by itself.

“He’s on a very, very good run. Kylian is too, so they just need to continue what they’re doing.

“If I could — if my word was strong enough — I would have wanted a French player to win the award but it’s not me who decides these things.

“Frankly they just need to continue what they’re doing and if they should be [the winner], they will be.”

Chelsea stalwart Rudiger, 25, filled in at left-back on Thursday as Germany held the world champions in their opening UEFA Nations League clash.

Mbappe, 19, drew plenty of gasps from the crowd as he threatened to find a way through the German defence with a combination of speed and stylish flicks. The home side held firm but Rudiger made clear that it was extremely tough to keep the France No. 10 in check.

“Do you watch football or not?” Rudiger joked, when asked what makes Mbappe so special. “The thing is he’s unbelievably fast. He makes the difference. He is very fast, his agility… his movement is deadly.”

A Dutch defence led by Liverpool’s Virgil Van Dijk will be the next to try and keep Mbappe quiet on Sunday. Van Dijk should face the teenager again when Liverpool host PSG in their first Champions League group game on Sept. 18, and Rudiger thinks there is only one way to stop him.

“Play as a team,” the former Roma defender said. “You can’t do it alone. As a team, you have to try to stop him. Because alone — good luck!”