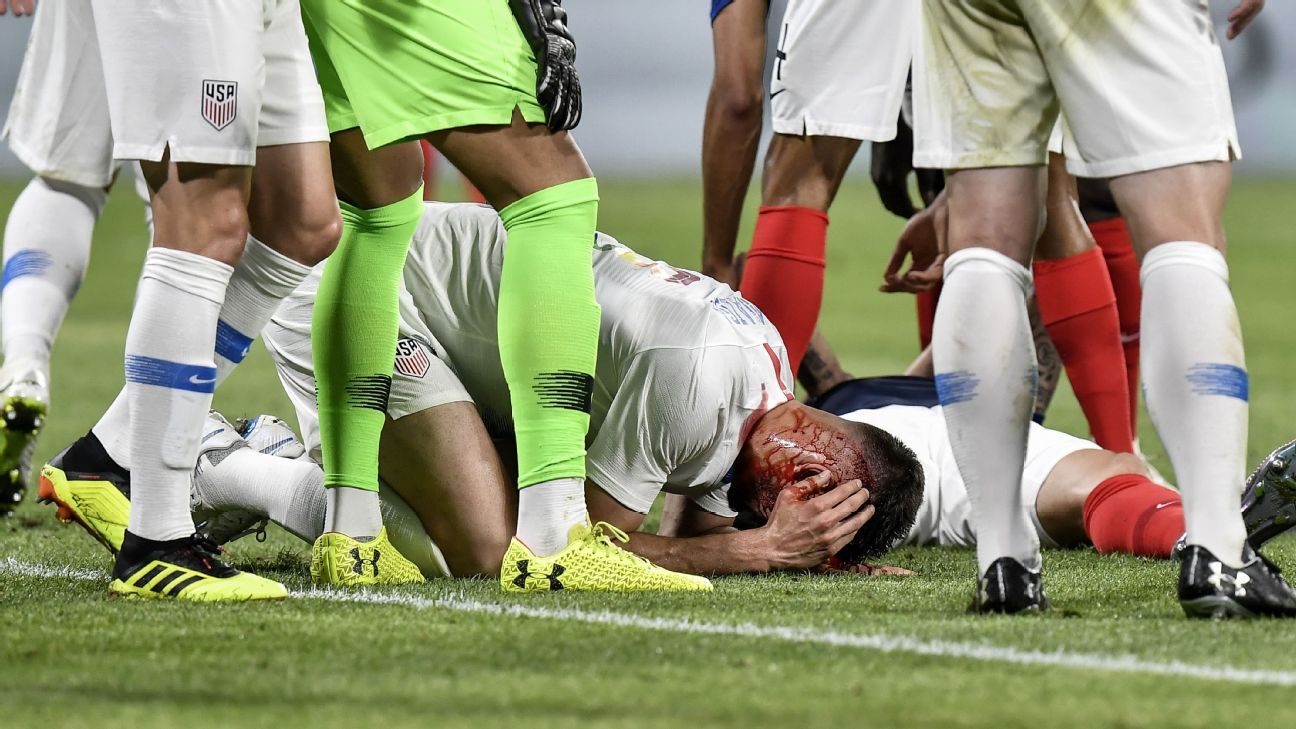 The pair clashed heads while going for a cross following a corner near the hour mark in Lyon, France, and stayed on the ground as blood streamed down their faces.

Medical staff raced onto the field to aid the fallen players, who were then attended to before being taken off for the day, Giroud leaving with a wrap around his head.

Giroud would later need six stitches for the gash above his eye. U.S. manager Dave Sarachan said after the match Miazga received 15 stitches to close his cut but that he did not sustain a concussion.

Miazga, who’s also on the books at Chelsea but spent the past two seasons on loan at Dutch side Vitesse, came off for Erik Palmer-Brown.