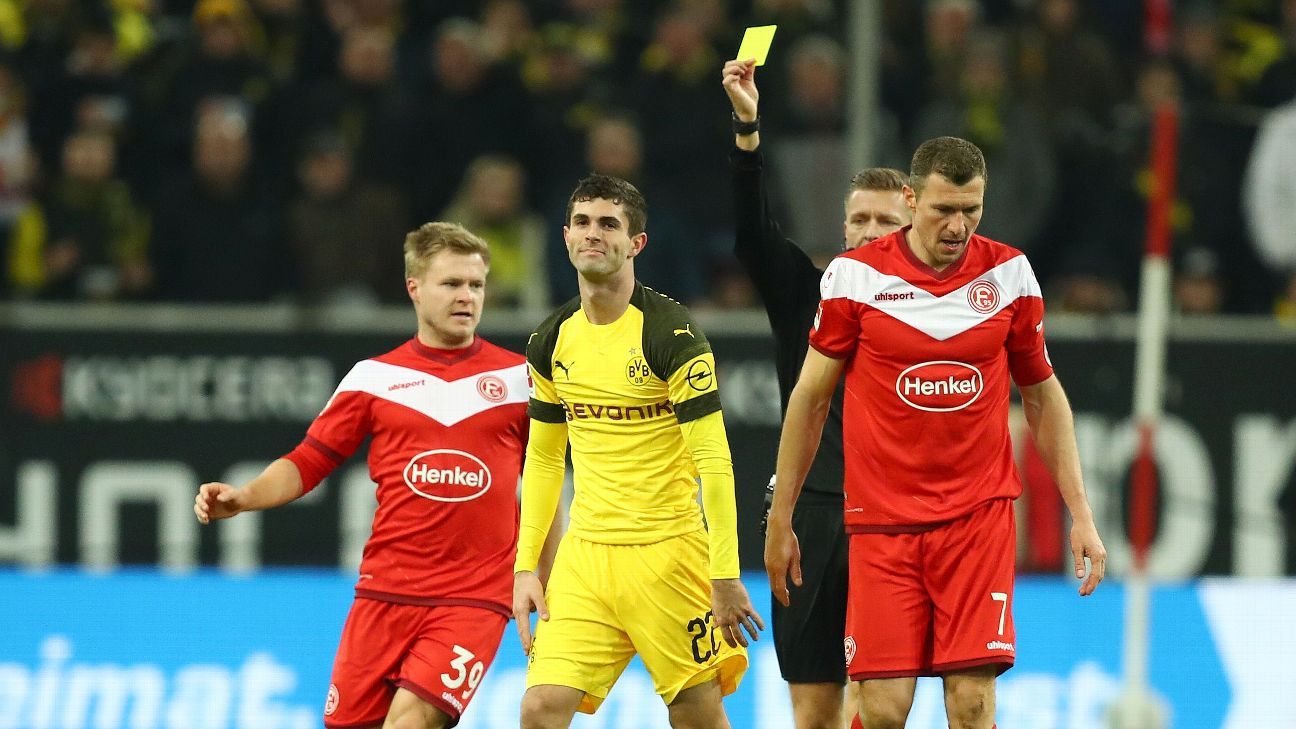 Goals from Dodi Lukebakio and Jean Zimmer in either half secured an unexpected three points against the overwhelming title favourites Dortmund, who remain on 39 points.

“I think we were missing the greed to want to win the game,” said Dortmund captain Marco Reus.

“Overall the defeat was deserved because we did not deliver. We have to learn from this and be more determined.”

“Now we must stand up and dust off and on Friday we have the next game,” he added.

Dortmund next face Gladbach with the chance to open a nine-point gap over their title rivals with a home victory before the Bundesliga heads into the winter break.

As expected, Dortmund, who had only lost in the Champions League this term, had most possession, with some 75 percent in the first half, but Duesseldorf created the chances.

The home side’s Belgian winger Lukebakio, who got a hat-trick against Bayern Munich last month, notched his seventh league goal this season after a quick break in the 22nd minute.

There was more bad news for Dortmund at half-time with central defender Manuel Akanji staying in the dressing room with a muscle injury.

Jean Zimmer then scored Duesseldorf’s second goal in the 56th with an unstoppable piledriver from 20 metres that gave keeper Roman Buerki no chance.

Dortmund, who face Tottenham Hotspur in the Champions League last 16 in February, increased the pressure and substitute Paco Alcacer headed home his 12th goal of the campaign — his 10th as a substitute — to cut the deficit in the 81st minute.

But despite a one-sided finale, Dortmund could not find an equaliser and suffered their first loss of the league campaign.

“They caught us on the break really well and we were a bit surprised by the first goal,” said Dortmund coach Lucien Favre after his first league loss on the club’s bench. “My team is still very, very young and we keep learning every day.”