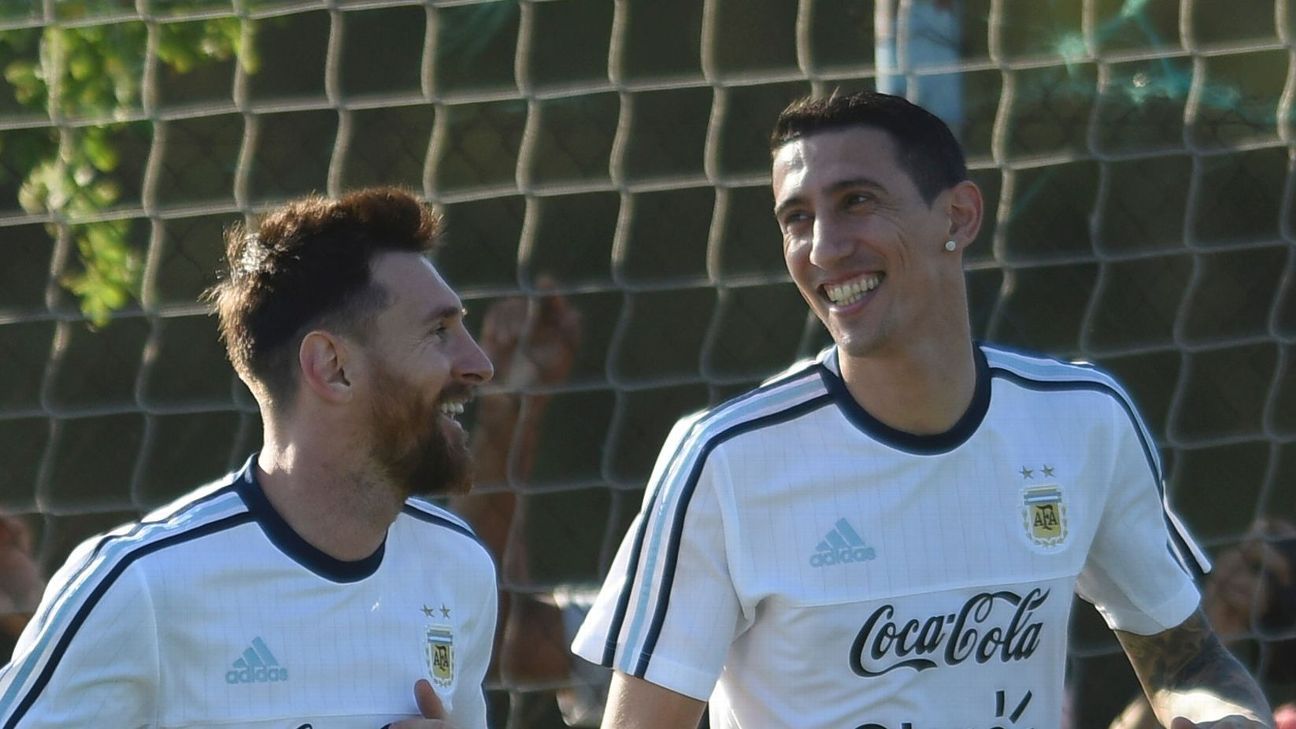 Barcelona are interested in signing Angel Di Maria from Paris Saint-Germain as a replacement for Arda Turan, according to Mundo Deportivo.

It has been widely reported that Turan will depart the Camp Nou this summer after failing to break into the Barca side on a regular basis. But news that former Real Madrid man Di Maria could replace him comes as a surprise, with Mundo also claiming Lionel Messi is keen to link up with his fellow Argentina international.

Meanwhile, Sport adds that Rafinha Alcantara, a reported target for Liverpool, Arsenal, Juventus and Roma, wants assurances over his playing time at the club and could be allowed to leave.

Although Barca are willing to sell they will consider only offers of €30 million for the 24-year-old.

There’s good and bad news for Liverpool as Jurgen Klopp seeks to add numbers to his squad ahead of their Champions League return.

A £35 million deal for Roma winger Mohamed Salah appears close to completion with sources telling ESPN FC more talks between the two clubs are scheduled to take place about a move that will earn the 24-year-old £100,000 a week.

However, Alex Oxlade-Chamberlain is not willing to make the same move to Merseyside and will reject their advances in order to sign a new contract with Arsenal worth more than £100,000 a week, a second report in the Mirror claims.

The 23-year-old England international is entering the final year of his contract at Arsenal but is ready to commit his long-term future to the club.

Leicester have approached Swansea about signing Gylfi Sigurdsson, the Mail reports, and will rival Everton’s efforts to sign the Iceland international.

Sigurdsson, 27, is rated at £30m, and is in demand after scoring nine Premier League goals and setting up 13 more for Swansea despite their struggles last season. Leicester view him as a potential replacement for Riyad Mahrez, who is also on Everton’s wanted list having expressed a desire to leave Leicester.

In a further development, The Express reckons Everton could turn to Jamie Vardy if Romelu Lukaku leaves this summer. Vardy turned down Arsenal and signed a new long-term contract with Leicester last summer but could head to Goodison Park to be reunited with Steve Walsh, the man responsible for bringing him to the Foxes in the first place.

– Manchester City midfielder Fabian Delph is a wanted man, with Newcastle, West Brom and Burnley all interested in his services, according to the Star. Delph has slipped down the pecking order at City and could be allowed to leave in order to play regular football as Pep Guardiola overhauls his squad.

– The Mirror reports that Patrick Roberts could be another player set for the exit door at City, but only if they can recoup the £12m they paid Fulham two years ago. Celtic are leading the way for Roberts after having him on loan for the past two seasons but have tabled an offer of only £5m so far.

– Sevilla could move for Poland international striker Lukasz Teodorczyk, AS claims, amid concerns that they could lose Vitolo and with loan signings Luciano Vietto and Stevan Jovetic set to return to their parent clubs. Teodorczyk scored 30 goals in 53 appearances for Anderlecht last season.

– New Zealand international Kosta Barbarouses is a free agent after the Wellington Phoenix agreed to release the striker on compassionate grounds.