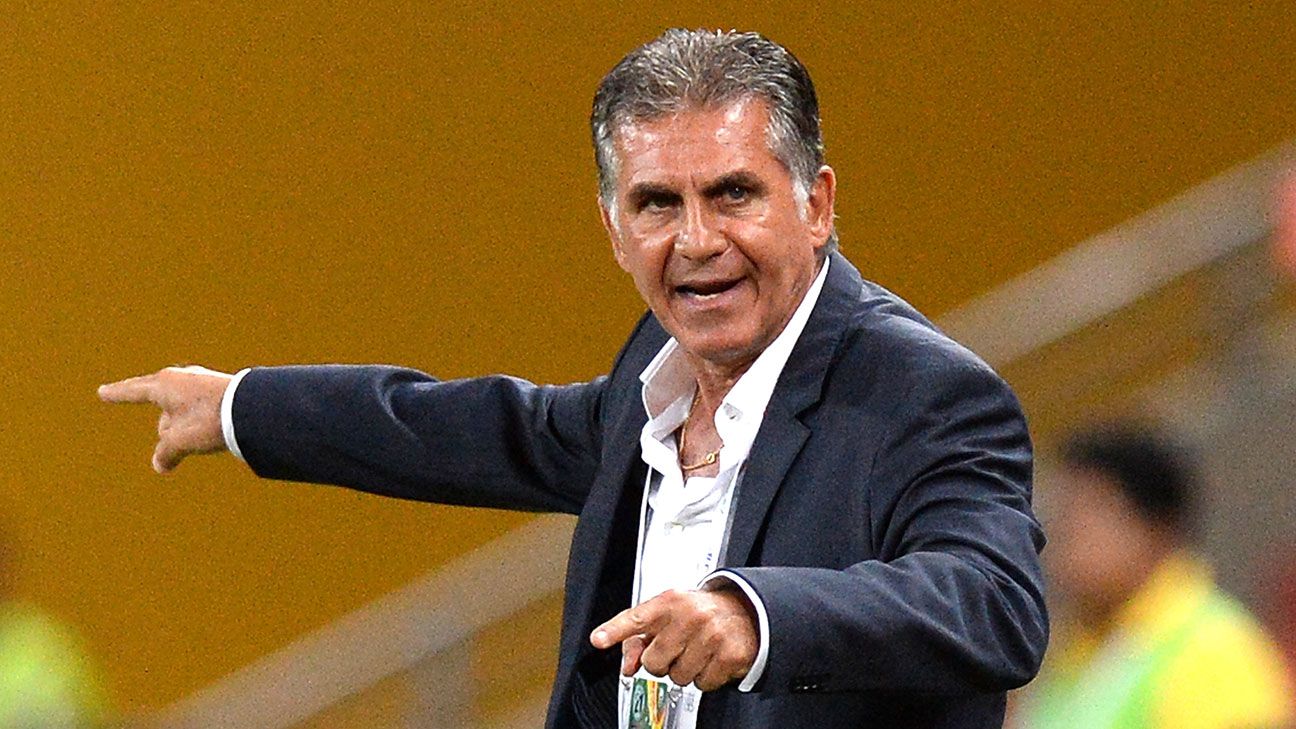 
Manchester United boss Jose Mourinho has made the recently released 12-name shortlist for FIFA coach of the Year. But there is a former No. 2 at Old Trafford who is arguably more deserving of inclusion.

The likes of Mourinho, as well as Manchester City boss Pep Guardiola, have spent hundreds of millions of pounds for uncertain league performances. However, Carlos Queiroz’s achievements with Iran have been truly impressive.

The Mozambique-born manager has been quietly turning Team Melli into a side who are not only the best in Asia, but have a real chance of making it to the knockout stage of the 2018 World Cup.

Iran were the second team after Brazil to secure a place in Russia next summer. They can seal a truly memorable campaign by winning their final two games against South Korea and Syria to maintain their unbeaten run.

Queiroz takes his team to Seoul on Aug. 31. Under the former Portugal boss, Iran have won their last four games against the the Koreans. No mean feat considering that the Taeguk Warriors are Asia’s most successful World Cup nation, who are looking to appear in a ninth successive tournament.

In this third round of qualification, Iran have collected 20 points from eight games, and sit seven points clear at the top above the Koreans. Not only are the four-time participants unbeaten, they have yet to concede a single goal in 720 minutes of football.

The performances and results on the pitch reflect what has happened in the FIFA rankings off it. Iran have been the top Asian team for over four years, and have steadily climbed up to the present position of 24 — 20 spots ahead of the continent’s next highest, Japan.

All this is despite the fact that Queiroz faces challenges that counterparts at other continental powerhouses do not. Politics play a part in Iranian football. Preparations for big games have suffered in the past. Iran’s relative international isolation has made fairly routine tasks, such as finding friendly opposition, and receiving money owed from overseas, much trickier than in other AFC nations.

This has improved in recent years, but in contrast to other continental big boys such as South Korea, Japan and Australia, it is an extra obstacle to success. Coaches in Seoul, Sydney or Tokyo also don’t have to deal with situations like the one that arose earlier this month. A leading Iranian sports official told state television that two of the national team’s leading players would be banned from representing their country after facing opposition from Israel, a nation that Iran does not recognise, while playing for their Greek team in a Europa Cup tie.

In the end, veteran Masoud Shojaei was left out of the squad, while Ersan Haji Safi was included. Shojaei, who wore the captain’s armband in June when Iran secured qualification with a win over Uzbekistan in front of 60,000 fans in Tehran, will be missed.

At times in his six-year spell, Queiroz has resigned or threatened to resign, as he did earlier this year. His relations with the Iranian Football Federation can be strained. But the organisation must surely know that they are onto a good thing with the former goalkeeper in charge.

Queiroz has produced a team who consistently perform and relish pressure situations. It is something that the Koreans envy. In this round of qualification, the 2002 World Cup semifinalists have been quick to flee the kitchen when the heat has hit.

“In this situation, the players will feel heavy pressure,” former captain and Manchester United legend Park Ji-Sung said earlier this month. “But if they’re national team players, they need to overcome the pressure and show their abilities.”

Under Queiroz, Iran are starting to deliver when the expectations are high. Ahead of the Uzbekistan game in Tehran with the hosts needing to win to seal a place in Russia, all knew that it would happen and it did.

The team have become a machine, but one with some excitement going forward. With 19 goals in 26 international appearances and some fine performances in the UEFA Champions League, it was no surprise that Sardar Azmoun, just 22, almost moved to Lazio in the summer.

Karim Ansarifard has been impressing with Olympiacos, Reza Ghoochannejhad finished the Netherlands as the league’s third highest scorer and local striker Mehdi Taremi has been proving the doubters wrong and contributing important goals. And then, in midfield, there is emerging talent Saeid Ezatolahi, just 20, but already becoming a star. All that is on top of the tightest backline this side of Istanbul.

Under the guidance of the boss, there is not only a squad that looks set to have the best World Cup that the country has ever had, but also one that is set to be at the top of Asian football for years to come.

And all that adds up to an impressive coaching achievement. That it did not happen in Europe is not important. Queiroz deserves to be on the FIFA coach of the year list.